McGregor made his boxing debut in August of 2017, when he suffered a TKO defeat in ten rounds at the hands of Mayweather at the T-Mobile Arena in Las Vegas. 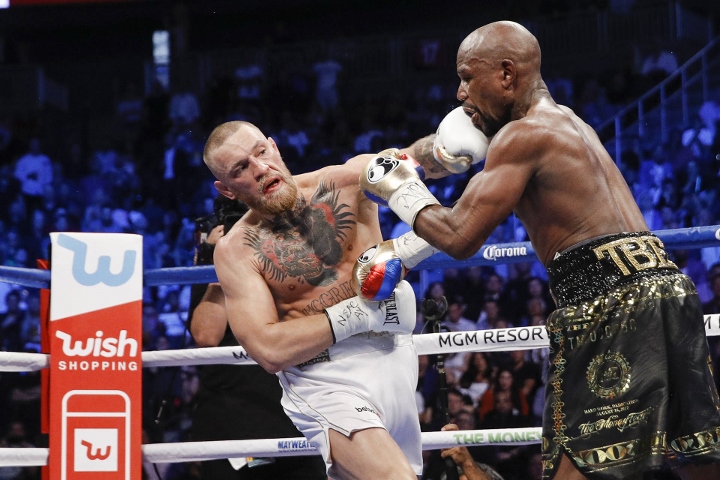 After the bout was over, McGregor complained that Mayweather tricked him by switching up his fighting style.

McGregor revealed that his entire training camp was centered on a strategy to beat a “defensive” Mayweather – but the five division champion caught him off-guard by being aggressive and taking the fight to McGregor.

In the last few years, McGregor has been calling for a rematch – with Mayweather expressing little interest in doing the fight for a second time.

Attar, who also works with Manny Pacquiao, believes Mayweather is picking easy exhibitions foes like Logan Paul and Tenshin Nasukawa to avoid a blemish on his perfect 50-0 record.

Pacquiao currently holds the WBA welterweight title. He lost a twelve round decision to Mayweather in May 2015 – in the most lucrative pay-per-view fight in history.

Mayweather’s fight with Paul will take place on February 20th, as a pay-per-view fight. The location has yet to be announced.

The respected manager would back both McGregor and Pacquiao to beat Mayweather the second time around.

“I do believe Conor vs Floyd again, he beats him. I don’t think Floyd ever takes it,” Attar told Dubai Eye 103.8 Sport:

“But he’ll take a Logan Paul. He’ll take the young Japanese fighter he fought previously. I think that’s what he’s going to do, Floyd knows he would lose if he took on either Manny Pacquiao or Conor McGregor.”