Heavyweight contender Dominic Breazeale has promised to accomplish what Tyson Fury was unable to do. 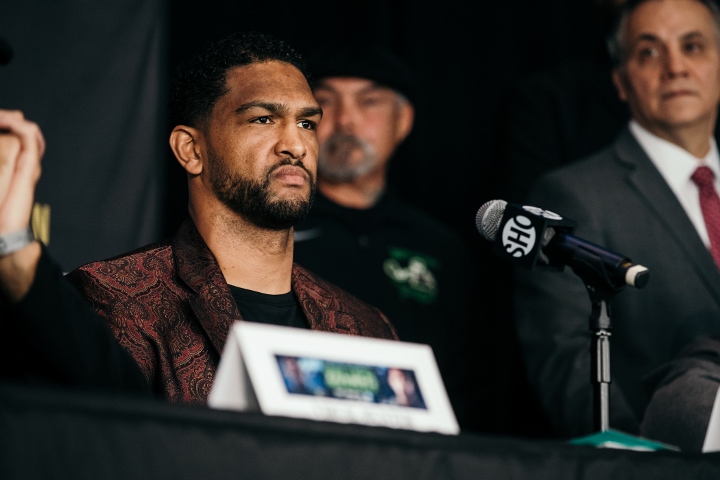 Back in September of 2019, Wallin challenged Fury for the WBC heavyweight title.

During the action, Fury sustained two serious cuts – due to punches – and there was real concern that ringside physicians would stop the fight, which in turn would have given Wallin a TKO victory.

The fight was allowed to continue until the final bell, with Fury winning a twelve round unanimous decision.

Breazeale has been out of the ring since getting brutally knocked out in one round by Deontay Wilder in May 2019. His only other loss came down in 2016, when he was stopped in seven rounds by another world champion, Anthony Joshua.

After suffering such a stunning defeat, Breazeale is motivated to make a big statement against Wallin.

He’s been studying his Swedish foe and believes there are flaws that he can capitalize on.

“February 13, my opponent is Otto Wallin,” Breazeale told Sky Sports. “It’s definitely going to be a great showdown. I’m a big puncher, from what I’ve been told he’s a durable character, so I’m going to test the waters early and see what’s he got.

“He’s (Wallin) got a lot of vulnerabilities. There’s a lot of things he does which are unorthodox for a southpaw. A lot of things that I plan on capitalising on, come fight night. I can’t guarantee what round, but it’s definitely going to be a knockout, for sure.

“I’ve got a lot of power in both hands, and in this situation, I get to use my right hand a lot more than I use in the past. I’m looking forward to it. It’s going to be an aggressive win for myself and in impressive knockout fashion.”

Pacquiao: Beating Spence Would Be Special To Me, To Show I Can Still Compete at Highest Level