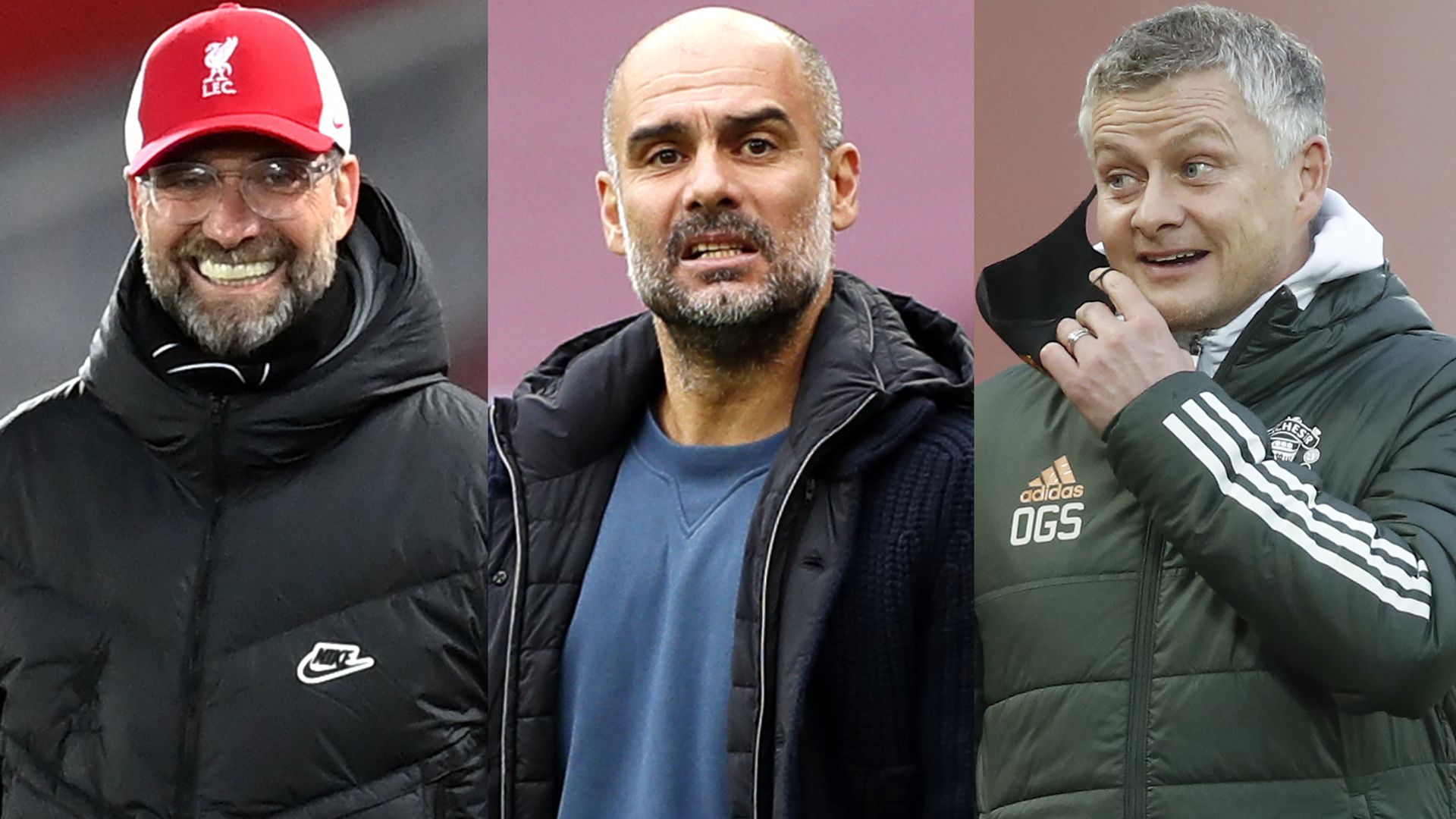 With the Premier League title race closer than ever, Sky Sports pundits Gary Neville, Roy Keane, Graeme Souness and Micah Richards assess who could end up on top.

Manchester United remain top after drawing 0-0 with Liverpool on Super Sunday, but Manchester City are hot on their heels after beating Crystal Palace 4-0 later in the day. They are currently two points behind in second with a game in hand.

Current title holders Liverpool have slipped in fourth, a point below Leicester on goal difference, while Tottenham, Everton and Chelsea remain in touch of the top four.

But with five points separating first and sixth, who will end up on top when the season concludes in May? After a busy weekend of action on Sky Sports, the pundits gave their verdicts…

Neville: Who will have that consistent run?

“The title race is swinging back and forward. City are dangerous and emerging, and look like their form is good.

“Are Liverpool hitting their own standard? No.

“City just look like they’re getting to a level where, if they maintain it, they could cause damage in this league. They’re in a really good moment where confidence is good. But like most teams this season, it’s been short-lived. It’s been four or five weeks and then teams have that dip.

“Who is going to have that consistent run? I’ve said Liverpool all season, but I would transfer it to Man City now looking at the way they’re playing. Liverpool aren’t going to get Van Dijk back quickly, and then they can’t get Fabinho into midfield.

“The Premier League is providing one of the only bits of respite, along with walking and cycling, in the country, plus other football as well obviously. It’s providing so much entertainment at home.”

“I worry for Liverpool because there’s no Van Dijk coming back this year and I doubt Gomez will come back so nothing changes in personnel for them. Thiago will get fitter and be more of an influence but they’re relying on the front three getting their sparkle back. They’re 18 points worse off now than they were at this time last year and that’s a hell of a lot of points.

“As a Liverpool supporter, I worry if Aguero gets fit and say plays 10 games… You look at midweek against Brighton, they huffed and puffed and ended up winning 1-0. If Aguero plays in that game, he gets a couple of goals. You can’t rely on your centre-half to get a couple of goals like he did today.

“For me, City are the biggest danger to Liverpool. I know there’s a couple of ifs in there and if you’re pushing me, I’m going to go for City at this time tonight. Ask me in a fortnight and it’ll change.

“If we go back three or four weeks, Chelsea were in the mix. We’ve not mentioned them. I don’t think they will challenge, but that’s how quickly it changes.”

“I’m still sticking with Liverpool. Obviously, they are having a difficult spell by the standards they have set for the last few years.

“Their attacking players are brilliant. I said they have lost their spark, but l think they will get that back. We have seen every team have their ups and downs this season.

“They have enough quality, enough energy, and l look at Klopp…I am sticking with them.

“It definitely brings others into it. You have to look at Leicester with where they are in the table, I’m not surprised with the coach they’ve got and the players they’ve got. They’ll be delighted with the way they’re going along.

“I wouldn’t be including Everton, forget about Everton. They’ve done great to get where they are, but they won’t last the pace.

“And there are still too many doubts about Spurs. There is improvement in there, especially with the attacking players that we saw again today. They’ve been frustrated with a few draws lately but Spurs on their day when they’re at it with a top-class coach, they can be in the top four or five.

“But I don’t think there’s enough there to win the league, they won’t be as strong as Leicester, United, City or Liverpool.”

“Man Utd are top so it’s theirs to lose! In the first half, Man Utd didn’t show enough for me to be able to win the league. Second half, I believe they showed a little bit more courage and character, I know it’s away at Anfield, but they showed more.

“I’ve backed Man City from the start of the season because of the size of their squad. But without Aguero, I know they scored four today and are winning games by grit and determination plus their defensive record, but just when you want to break down a side like a Liverpool, Man Utd or Chelsea, I think they need a striker to put that icing on the cake. If they get a striker in January, I’ll still say Man City.

“Liverpool have done well without Virgil Van Dijk and Joe Gomez and I’ll give them a shout as well. I still think it’s between Man City and Liverpool because I just think there is a little bit more quality in the squads.”