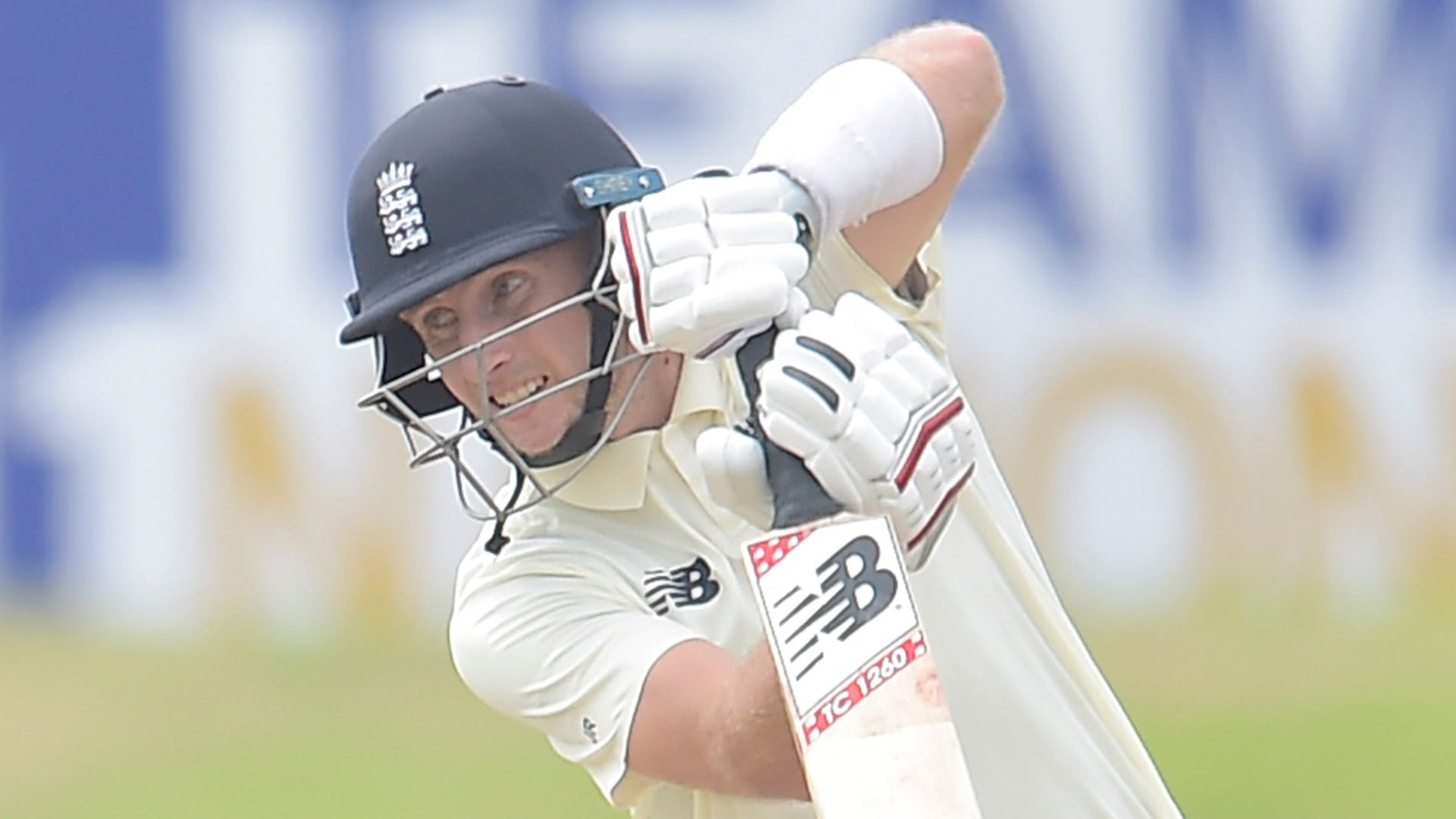 Lasith Embuldeniya bowled Dom Sibley (2) from the sixth ball of the chase and then had Zak Crawley (8) caught at gully, while England sunk to 14-3 when Joe Root (1) was run out after colliding with bowler Dilruwan Perera.

Edges went flying past fielders and Sri Lanka’s spinners got the ball to spit up off a turning pitch during a frantic end to the day, which concluded with Jonny Bairstow unbeaten on 11 and debutant Dan Lawrence seven not out.

Jack Leach – playing his first Test since November 2019 due to a spate of illnesses – earlier claimed 5-122 while fellow spinner Dom Bess bagged 3-100 and eight wickets for the match as England dismissed a dogged Sri Lanka for 359.

Sri Lanka have really rallied from crumbling to 135 all out in the first innings after a series of rash shots and then trailing by 286 after Root’s 228 inspired England to 421 in their opening dig.

Lahiru Thirimanne (111) scored his second Test hundred and first in almost eight years while Angelo Mathews (71) hit a 36th half-century to give Sri Lanka’s bowlers something to work with.

The hosts were only 44 runs behind with six wickets in hand at lunch and then led by five runs with five wickets in hand during the second session, only for Bess and Leach to account for Dickwella (29) and Dasun Shanaka (2) before tea.

Mathews added runs with the tail but the home side were unable to turn their lead into a three-figure one – although that may not yet matter if Sri Lanka bowl as well again at start of what should be a be a short day five.

Thirimanne had been one of a number of Sri Lanka players to give away their wicket on day one, whipping to leg gully to depart for only four, as the hosts were demolished in 46.1 overs after electing bat.

However, the left-handed opener, like his team-mates, showed far greater application second time around and completed a 227-ball hundred when he cut Bess for four in the morning session, reaching three figures on the same ground where he had carded an unbeaten 155 against Bangladesh in March 2013.

Thirimanne – dropped in the fifties by Dom Sibley at gully on day three – was unable to make it through to lunch.

He inside-edged Sam Curran’s delivery with the second new ball behind after playing for out-swing that did not materialise, with that wicket ending a fourth-wicket alliance of 52 with Mathews.

The home side had begun Sunday morning on 156-2, trailing by 130, and lost nightwatchman Embuldeniya in the second over when he pushed Bess to Sibley at cover.

Thirimanne almost picked out Sibley, too, but the fielder was unable to reach the batsman’s slashed drive through the off-side, which brought him one of his 12 boundaries.

England finally removed the opener from the 13th delivery with the second new ball and when Dinesh Chandimal (20) edged a ball from Bess that went on with the arm low to Root at second slip at the start of the second session, ending a 33-run partnership with Mathews, England had another lift.

Mathews and Dickwella thwarted England during a sixth-wicket stand of 48 and spots of rain then began to fall, threatening to take the players off.

But the wet weather soon went away and so did Dickwella, caught by Jos Buttler attempting to run Bess down to third man, and Shanaka, yorked by Leach from a ball that dipped and went under the bat.

Sri Lanka were 302-7 at tea which became 314-8 when Root caught Wanindu Hasaranga (12) brilliantly off an outside edge at slip off the bowling of Leach – and would then have been 328-9 had Buttler been able to gather the ball cleanly and stump Mathews on 58.

Buttler did complete his first stumping in Test cricket to end a 38-run partnership between Mathews and Dilruwan (24) for the ninth wicket, with third umpire Lyndon Hannibal deciding Dilruwan had none of his boot behind the line after being deceived by a spinning delivery from Leach.

Leach ended the innings by having Mathews pouched by Root at slip – but the three early wickets left Sri Lanka in the game and England twitchy.