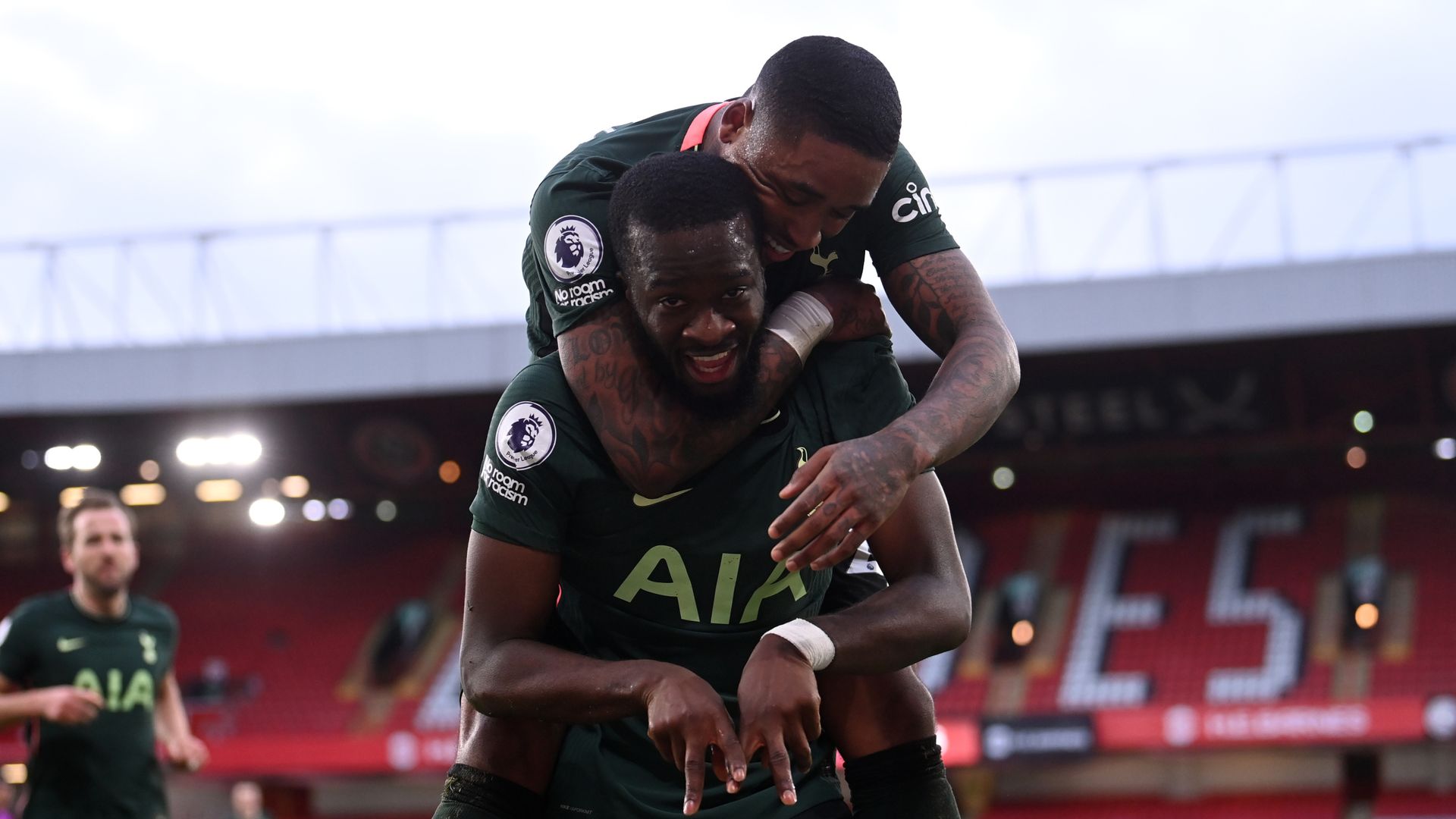 Stunning goals from Tanguy Ndombele and Harry Kane fired Tottenham into the top four as Sheffield United’s troubles continued with a 3-1 defeat at Bramall Lane on Super Sunday.

The Blades claimed their first league win of the season against Newcastle on Tuesday but were brought back down to earth when Serge Aurier headed Spurs ahead inside five minutes, before Kane added a second with a brilliant individual effort shortly before half-time.

David McGoldrick’s sixth goal of the season gave United hope of staging a second-half comeback, but their challenge was extinguished by a goal-of-the-season contender from Ndombele, whose outrageous lob restored Spurs’ two-goal cushion three minutes later.

Spurs climb up to fourth in the Premier League, three points off leaders Manchester United ahead of their trip to Liverpool, after returning to winning ways, while United remain rooted to the foot of the table, 11 points from safety.

Man of the Match: Tanguy Ndombele.

Mourinho demanded a dominant performance from his Spurs players ahead of kick-off and that is exactly what they delivered.

It took just five minutes for them to take the lead at Bramall Lane. Blades goalkeeper Aaron Ramsdale brilliantly tipped Steven Bergwijn’s rasping drive over but was in no man’s land from the resulting corner as Aurier glanced Son’s whipped delivery in at the near post.

Spurs looked to put the game beyond the reach of United in a blistering start but were denied a quick-fire second when Son’s delicate chip over Ramsdale clipped the outside of the post.

The bright Oliver Burke forced Hugo Lloris into his first save as the half-hour mark approached but Blades openings were limited by a succession of blocks from Eric Dier and Joe Rodon.

And, as half-time approached, Spurs underscored their superiority as Kane received the ball on the half-turn from Pierre-Emile Hojbjerg, drove through the United defence and rifled an unstoppable second into the bottom corner.

United were markedly improved in the second period and gave themselves hope of salvaging something from the game when McGoldrick glanced in John Fleck’s cross shortly before the half to half the deficit.

But Spurs put the game beyond the Blades within three minutes thanks to a moment of magic from Ndombele.

Having played two one-twos with Bergwijn, the Frenchman latched onto a clipped pass over the top before hooking a stunning effort over Ramsdale with the outside of his boot, and it was plain sailing from there as Spurs returned to winning ways in style.

Man of the Match – Tanguy Ndombele

Sheffield United host Plymouth Argyle in the fourth round of the FA Cup on Saturday at 3pm, before travelling to Manchester United in the Premier League on January 23 at 8.15pm.

Spurs travel o Wycombe in the fourth round of the FA Cup on January 25 at 7.45pm before hosting champions Liverpool in the Premier League on January 28 at 8pm.