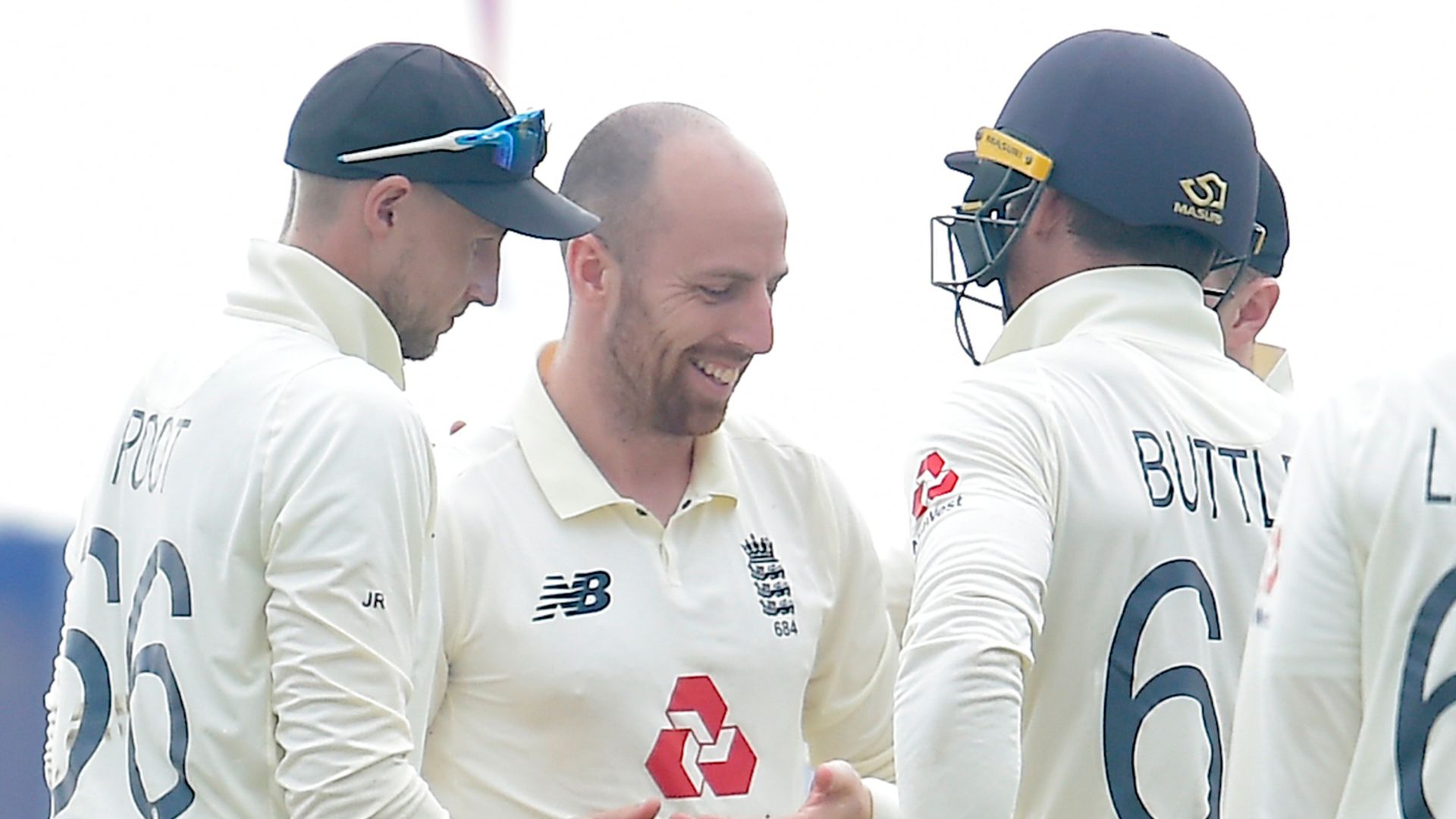 England left-arm spinner Jack Leach says first Test in Galle has been hard after over a year out following illness; “It was a tough time but it is about building back up slowly”; watch day five from 4.10am on Sky Sports Cricket

England spinner Jack Leach admitted he has found the first Test in Sri Lanka difficult despite claiming a five-for on day four in Galle.

Should the tourists complete the victory on day five it would round off a successful return to the Test side for Leach after more than a year out of the side and he believes by the end of the hosts’ second innings, he was beginning to find some rhythm.

“I’ve found this game hard, not much cricket behind me and the wicket is slow so, in terms of your areas, you’ve not got much room for error,” Leach said.

“I guess the pleasing thing is that it has felt like it has got better as the game has gone on, there’s definitely still things for me to think about in these conditions so I’ll work hard on those.

“This morning was very hard work for me. I still felt like my length could have been better and I probably wanted to bowl a little bit quicker.

“Then just before tea and after tea I found a nice rhythm from the far end, there was a nice breeze and I just tried to land the ball in good areas with some good fizz, I suppose, and bowl as fast as I could.”

Players returning after long periods out of the side is nothing new in Test cricket but few have had a run of misfortune quite like that which saw Leach lose his place in Joe Root’s XI.

Having established himself as England’s first-choice spinner during the 2019 Ashes, things started to go wrong for the Somerset left-arm spinner in New Zealand a couple of months later.

“I had sepsis in New Zealand, so that wasn’t a great time for me, then went to South Africa and picked up an illness there as well,” added Leach, who spent months in England’s bio-secure bubble over the summer without playing a competitive match.

“It was a tough time but it is about building back up slowly and I think I’m over that now, now it’s hopefully about getting as much cricket in as possible.

“Covid and all sorts of things have meant that my opportunities to play have been limited so I have to control the controllables and just try my best.

“A lot of our training has been back in England, in a tent where it is very cold, so very different conditions. I told myself that I’ve got a lot of training behind me but whatever you do in the nets doesn’t compare to a game.”