The event will take place at the Municipality of Llanquihue on February 26, of the lake city in Chile.

Cruzat has acquired a cult following in the region and takes his first steps towards championship glory challenging for the vacant WBAFedebol featherweight championship. 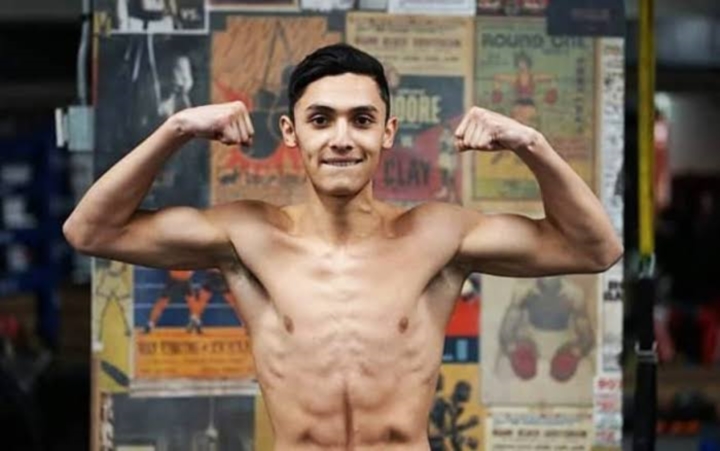 The undefeated Llanquihue native is scheduled to take on 43 fight veteran Argentine Fabián Oscar Orosco, who was an Argentine National champion and an International Boxing Federation and the World Boxing Organization Latino champion.

“I’m the veteran, I’ve been in there with the best, I have experience, the wisdom. The young pup will know what to do when I take him to deep water. Feb 26th, I’m taking the WBA Fedebol championship back to Argentina.”

Cruzat is the number one featherweight in Chile and possesses an undefeated record of 8 wins, with 5 wins by the way knockout.

Cruzat fought on November 13 of last year against countryman Juan Jiminez in his hometown of Llanquihue.

The wonderkid known as “La Joya” gave his thoughts on his upcoming title clash.

“Firstly, I want to thank my team for making this all possible… the WBA, President Mendoza, Chilean Boxing president Luis Venezuela, my father, my promoter Nico Martínez (Dragon Fire Latino), my manager Tony Tolj and of course the Municipality of Llanquihue. I live and sleep boxing and I will not stop until I become the first Chilean world champion. Diamonds are forever and so is ‘La Joya’ Cruzat. On February 26 I will take my first step towards the world title.”