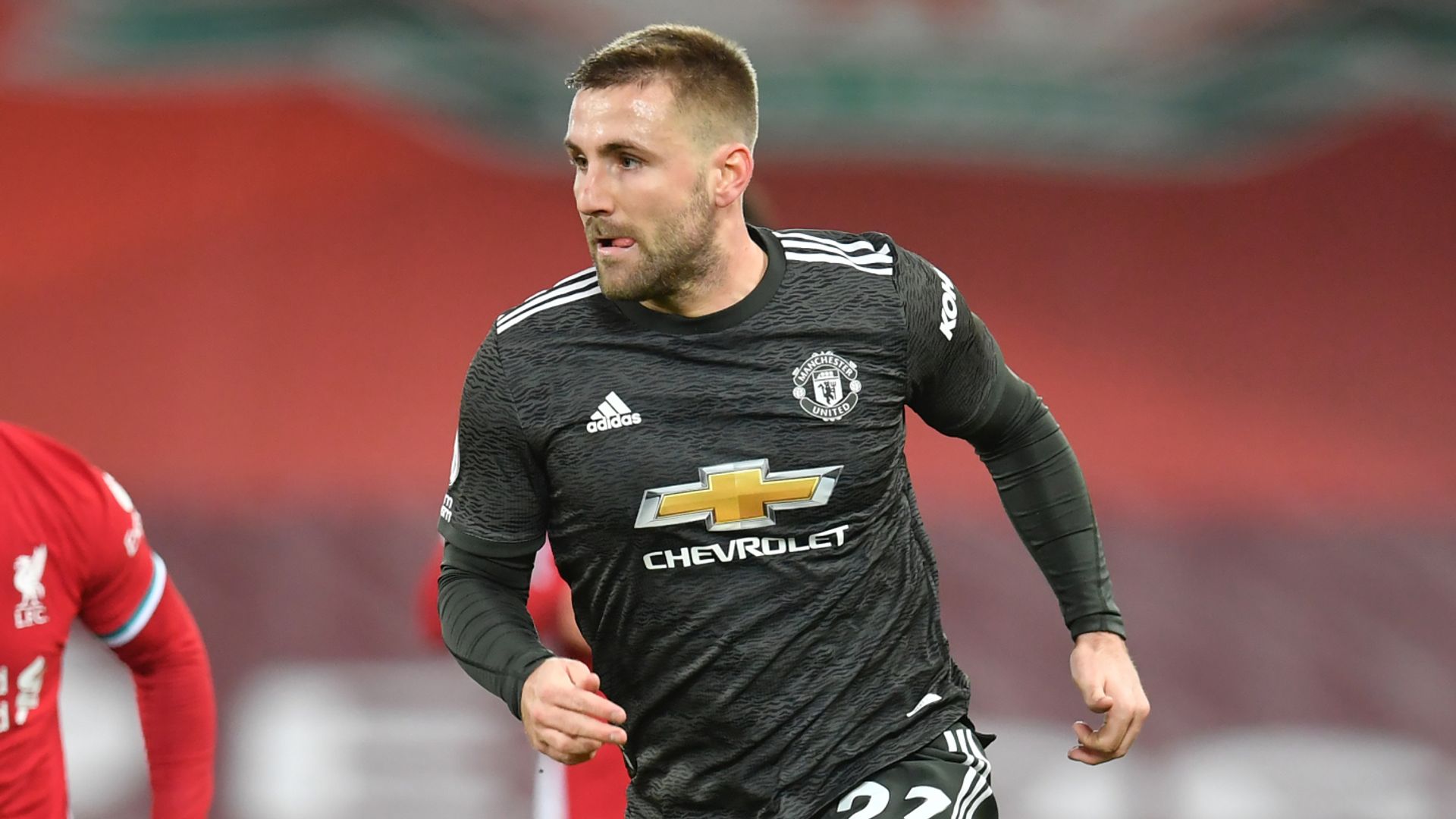 Even in the weeks before Luke Shaw’s hamstring injury in November, he was United’s best defender.

His man-of-the-match performance at Anfield summed up his progression this season: dominant and constantly harrying Mohamed Salah at one end – according to Graeme Souness, he handled the Egyptian better than any defender he’s seen – and creating more than any other United player at the other.

His passing accuracy in the opposition half (81 per cent) was highest in the Manchester United side, and he won more fouls and made more key passes than any of his team-mates.

Alex Telles’ arrival will have no doubt created much-needed competition, and Shaw looks to have reacted with a string of consistent performances.

To some, Shaw was the epitome of post-Fergie Manchester United – an expensive flop. But despite this being his seventh season at Old Trafford, he is barely at his peak at 25.

As we know, the modern full-back must attack and defend in equal measure. There is room for improvement in his delivery, but Shaw looks to have his power back, and is becoming the poster boy for this improved Manchester United.
Gerard Brand

Liverpool in touch, even at lowest ebb

Liverpool have problems. But for that reason, they should be satisfied with their point against Manchester United.

For all the issues emerging at Anfield – no goal in three games, the full-backs’ drop in form, a lack of intensity in midfield, no recognised centre-backs – they aren’t suffering in a points sense, relative to the rest of the Premier League.

Defence hasn’t necessarily been their issue. The personnel jigsaw caused by a lack of centre-backs most definitely has. In filling in at the back, Liverpool have lost much of their midfield might.

When Matip returns – Jurgen Klopp says he should be ready in the coming days – Fabinho and/or Jordan Henderson will return to midfield, meaning the front three should have more to feast off. There is no doubt Mohamed Salah, Sadio Mane and Roberto Firmino have lost a degree of intensity and bite, but it is equally true that service hasn’t been the same.

This may well be Liverpool’s lowest ebb in a few years – the last time they went four without a win in the Premier League was early 2017, but Jurgen Klopp will be optimistic that even with that, they are well in touch.
Gerard Brand

For three second-half minutes, the nerves were rankling for Tottenham.

Having dropped a league-high 10 points from winning positions this season, the sight of David McGoldrick halving the two-goal lead Spurs had earned so emphatically in the first half through Serge Aurier and Harry Kane threatened to lay the foundations for another costly Spurs collapse.

The Blades looked to have got an insipid first 45 minutes out of their system and appeared to have reached basecamp from which their quest for a third consecutive win on all competitions could begin.

But before they even had the chance to test the resolve of a stuttering Spurs side, the game was whisked emphatically out of reach by a moment of brilliance from Tanguy Ndombele.

Having looked like his days at Spurs were numbered when Jose Mourinho first arrived, the 24-year-old Frenchman’s revival has come to typify the upturn Spurs have made under the Portuguese’s watch, and his goal in South Yorkshire was the crowning moment of his personal transformation.

Running away from goal, surrounded by two Sheffield United defenders, Ndombele hooked an outrageous lob over Aaron Ramsdale to restore Spurs’ two-goal cushion with a strike that was as sensational as it was audacious.

Mourinho labelled the moment “genius” and, given the trajectory of Ndombele currently, Spurs could be treated to many more performances of this kind before the season is up.
Jack Wilkinson