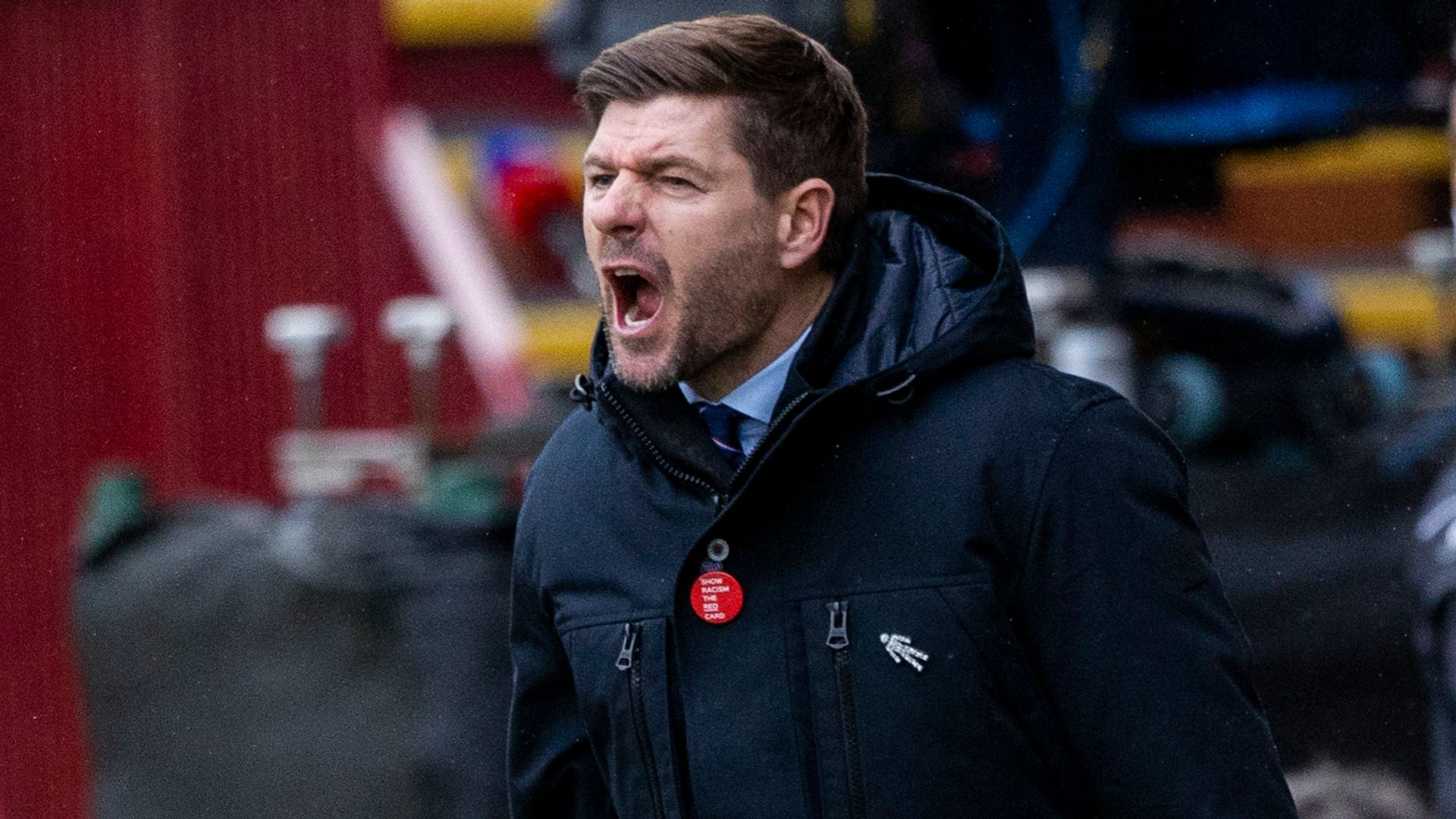 Steven Gerrard admits it will be impossible to shield his players away as the title talk grows around Rangers in the coming weeks.

The unbeaten Ibrox men dropped points for just the third time this season as they were held to a 1-1 draw by Motherwell at Fir Park. But Gerrard’s runaway leaders are still firmly on course for the club’s first league crown in a decade after maintaining their huge 21-point lead at the top of the Premiership.

Bitter rivals Celtic still have three games in hand but their challenge faltered yet again on Saturday when Neil Lennon’s Covid-hit Hoops slipped up for the third game in a row against Livingston. Gers’ own stumble in Lanarkshire has done little to douse the excitement levels among the Light Blue legions, which are now reaching fever pitch as Rangers inch towards championship number 55.

Gerrard knows his players will be bombarded with more and more title hype the closer they get to the winning line. But the former Champions League winner has warned his team to keep their eyes on the prize.

“It’s going to be a challenge because the reality is there are big prizes to play for,” he said.

“It’s impossible not to realise where we are as a group and what’s at stake. But it’s important that we stay focused and don’t get ahead of ourselves and stay focused on each challenge.

“That’s where we are trying to keep the boys in terms of their thinking and the preparation.

‘Rangers should be happy with a point’

“There’s a lot of things that Steven Gerrard will be unhappy with but they’ve come from behind, they’ve still got that huge lead at the top. Sometimes you just have to say that you’re not at your best but you’ve come away with a point.”

“After a fantastic win no one’s getting too high and if we have a bump or don’t get the result we want it’s important to stay calm.

“We haven’t managed to stretch our lead today but at the same time, we haven’t lost anything either. You’ve seen two sides of us today, a first-half showing that wasn’t us and wasn’t good enough but the second half was an awful lot better.”

Cedric Itten climbed off the bench to net his fourth goal against Well in three games and rescue a point after Devante Cole had slotted the hosts ahead.

The draw means Rangers miss out on equalling the club’s post-war record run of 16 straight victories set by Jock Wallace’s team back in 1973 and the current Ibrox boss admits too many of his key men were below par.

“If you look at possession, chances created and our second-half performance, we maybe should have shaded it,” said Gerrard. “But we have ourselves to blame for the outcome because we never came to this game until half-time.

“Our normally reliable players, the front three and coming in from the sides, the quality wasn’t good enough.

“I had to get into the players at half-time. I was going to make a change at half-time but I thought I’d give people a little bit more time. But then things weren’t changing as quickly as I would have liked, so the game was crying out for a Cedric-type player. He came on and did really well.

“If he keeps providing like that I can’t ignore him for too long. I’m really pleased with his cameo today. He looked strong, lively and was a threat.

“He’s really honest and he’s never passive. In the first half, too many of our players were passive so that’s what I was disappointed about.”