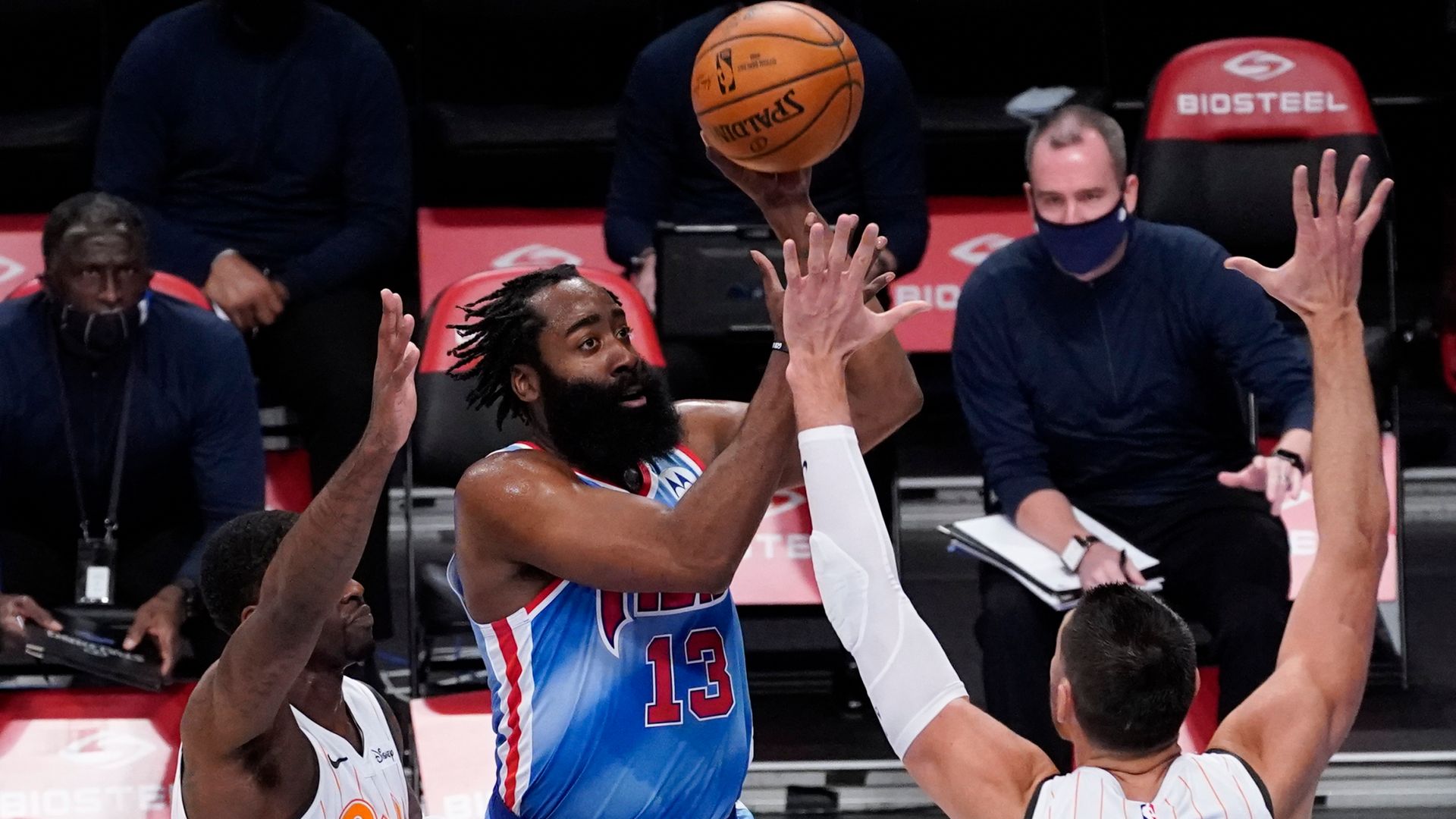 Kevin Durant scored a season-high 42 points and James Harden added a 32-point triple-double on his debut for the Brooklyn Nets, who recorded a 122-115 victory over the Orlando Magic on Saturday night in New York.

Harden shot 8 of 18 from the field and grabbed 12 rebounds while adding four steals and making 13 of 15 free throws in 40 minutes – his 14 assists broke the franchise record set by Kevin Porter in 1977 for assists in his debut with the team, according to the Elias Sports Bureau.

Joe Harris added 17 points for the Nets, who shot 53.8 per cent and hit 16 three-pointers in their sixth straight game without Kyrie Irving who missed out again due to personal reasons and health and safety protocols.

Nikola Vucevic scored a season-high 34 points for Orlando, which suffered a fifth straight defeat but played its most competitive game of their current run.

Terrence Ross added 23 and rookie Cole Anthony contributed 16 as Orlando shot 46.3 per cent while playing without Evan Fournier (back spasms) for the eighth straight game.

Harden hit five free throws, assisted on a layup by Landry Shamet for his 10th assist, and hit a three-pointer in the final 1:52 as the Nets held an 84-83 lead into the fourth quarter. The Nets took a 96-88 lead early in the fourth on a three-pointer by Harden but Orlando was within 100-98 on a jumper by Ross with 6:57 left.

Durant surpassed 40 points by hitting a three-pointer with 4:35 remaining to give Brooklyn a 110-104 lead.

Harden picked up his triple-double when he got the rebound of a missed jumper by Anthony with 3:10 remaining, and the Nets secured the win when Durant drove the lane and passed to Bruce Brown for a corner three-pointer with 1:37 remaining that pushed the lead to 117-107.