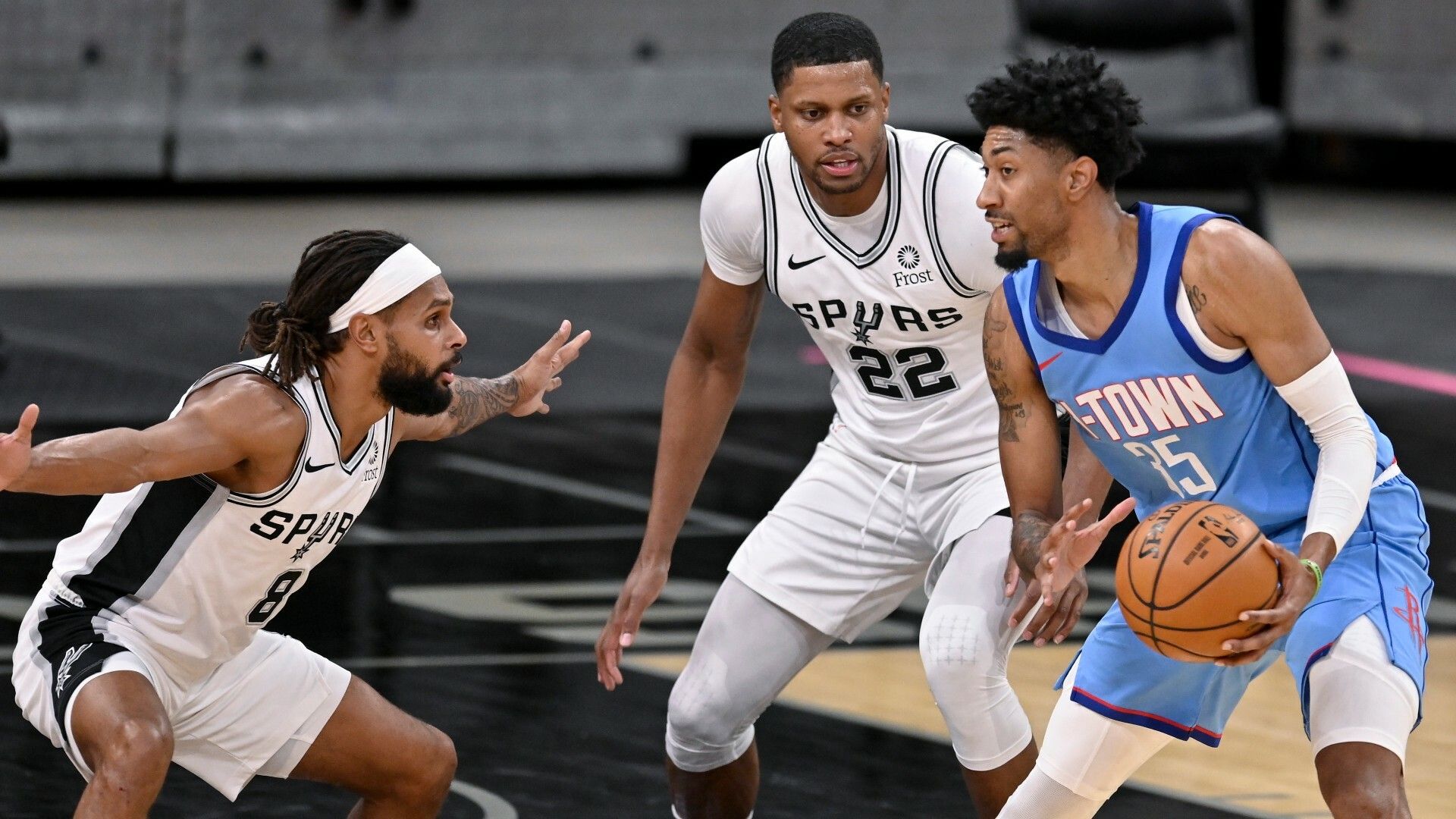 DeMar DeRozan scored 24 points as the San Antonio Spurs came on strong late in the fourth quarter to defeat the short-handed Houston Rockets 103-91 on Saturday in the second game between the teams over a three-day period.

Jakob Poeltl and Dejounte Murray added double-doubles for the Spurs who led by three points heading into the fourth quarter and by just 85-82 with 7:54 remaining before putting together a late 10-0 to finish off Houston.

After suiting up just nine players in a 109-105 win over the Spurs on Thursday, Houston only had eight healthy players (the league required minimum) available Saturday.

The eighth, Rodions Kurucs, was acquired as part of the Rockets’ trade of James Harden to Brooklyn on Wednesday and only joined the team on Saturday morning.

Murray had 18 points and 10 rebounds for San Antonio with Poeltl scoring 13 and taking 11 rebounds, and Keldon Johnson and Patty Mills hitting for 11 points each.

Norman Powell made six three-pointers en route to a team-high 24 points off the bench as Toronto scored its second win over visiting Charlotte in as many games at Amalie Arena in Tampa.

Powell was one of four Raptors to knock down three or more three-pointers along with OG Anunoby, Kyle Lowry and Fred Van Vleet. Chris Boucher scored 20 points, also off the bench.

Gordon Hayward, who missed Thursday’s match-up between the two teams with a hip injury, led Charlotte with 25 points.

Terry Rozier scored 24 points and knocked down six three-pointers, while Devonte’ Graham – who finished with 20 points – made his fourth and final three-pointer with 8.4 seconds remaining to pull the Hornets within one point before Boucher’s decisive foul shots.

Blake Griffin chipped in with 15 points, seven rebounds and eight assists, while Derrick Rose added 23 points off the bench for the Pistons in the victory.

Bam Adebayo led all scorers with 28 points for the Heat in the loss, their third straight.

Ja Morant returned from an eight-game absence with a sprained left ankle to score 17 points and lift host Memphis past Philadelphia.

Shake Milton led the Sixers with 28 points, Tobias Harris added 21 and Ben Simmons had 11 points, 16 rebounds and nine assists. Tyrese Maxey, who had 12 points, missed a potential game-winning three-pointer at the buzzer.

Gary Trent Jr added 18 points and CJ McCollum had 16 as Portland recovered from a 16-point, second-quarter deficit to win for the fifth time in the past six games.

Enes Kanter scored 12 points, matched his season best of 15 rebounds, and had a season-high five blocked shots in his first game as the starting center after Jusuf Nurkic was lost indefinitely with a fractured right wrist.