You can add the recent Buddy McGirt-Shakur Stevenson hoo-ha to the long list of bizarre boxing feuds.

The controversy apparently stems from an interview in which McGirt, a hall of fame fighter and widely regarded trainer, lambasted in no uncertain terms the former 126-pound titleholder, regarded as one of the ace talents in the sport and cornerstone of promoter Top Rank, saying that his accomplishments are the result of mere promotional machinations. In a word, Stevenson is being “protected.”

“I love Shakur,” McGrit told Ahat Live. “I’ve known him since he was a kid. And I’m very happy for his success. But there’s an old saying that the old school guys say, and that is he’s protected. They’re putting him in with the right guys on paper, it’s supposed to look like a tough fight, but in reality, no.

“Why? because they’re building him up for that big fight. Because they know that once he gets there, with the opposition that he is facing, it’s a wrap.” 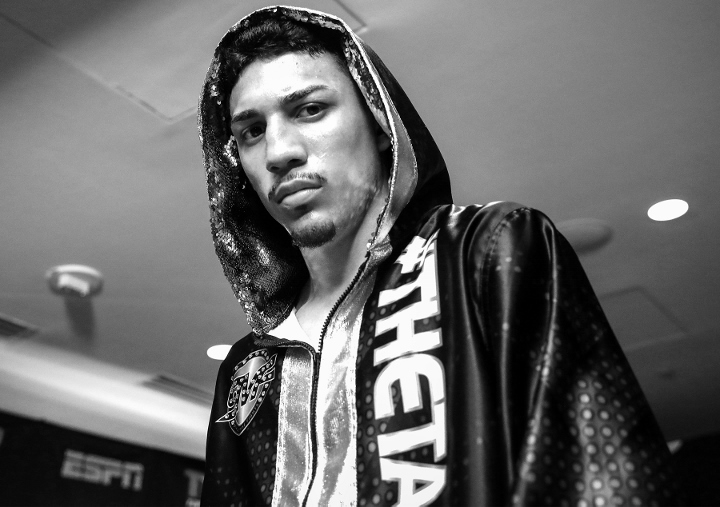 That big fight, according to McGirt, is with Teofimo Lopez, the current unified lightweight champion and Stevenson’s Top Rank stablemate. Lopez is coming off a banner 2020 with his defeat of heralded Vasiliy Lomachenko, an achievement that has garnered him near-unanimous Fighter of the Year honors from across the media landscape (including BoxingScene.com).

McGirt believes the 23-year-old Stevenson, a current 130-pound contender, is simply being fattened for a clash with Lopez – and that clash, if it happens, won’t be pretty.

“It’s nothing personal,” McGirt continued, “but I know that they are protecting him. He’s fighting the right guys on paper, the fights like, ‘Wow, this guy’s tough’ – No. Guys’ not tough. He’s fighting the right guys. And that’s what they call, protecting your fighter. A lot of old time people do it. (Top Rank boss) Bob Arum is an old school promoter and he’s got a lot of old school guys working for him. Protect him, and then when you get to the big dance, you’re on your own kid.”

The comments clearly touched a nerve. Soon thereafter Stevenson (15-0, 8 KOs) began firing shots from his Twitter account, attacking McGirt, among other things, for being a poor trainer and receiving what he feels is too much credit for re-inventing supposedly shot fighters. McGirt is known for turning around the careers of Arturo Gatti and most recently, Sergey Kovalev (who, admittedly, is on another downturn again).

“Buddy [McGirt] talk all that sh-t but steal everybody else fighter and act like he fixing some sh-t…when the last time u seen Buddy [McGirt] start a fighter from scratch?!??”

“Y’all gotta stop believing these dudes they throw in front of y’all are good coaches just because they say.. 9 times out of 10 ya home coach u started wit is better then the Buddy [McGirt] Man”

“His fat bald headed ass was a decent fighter but sorry every fighter I see him work wit end up losing and then losing again.. I don’t see him working wit no special fighters #Disrespectfully I don’t give af what y’all got to say either My opinion is my opinion.”

McGirt was preparing Kovalev for his fight against Bektemir Melikuziev on Jan. 30. The fight was canceled after Kovalev failed a pre-fight drug test. Stevenson last fought in December, a dominant win against Toka Kahn Clary.