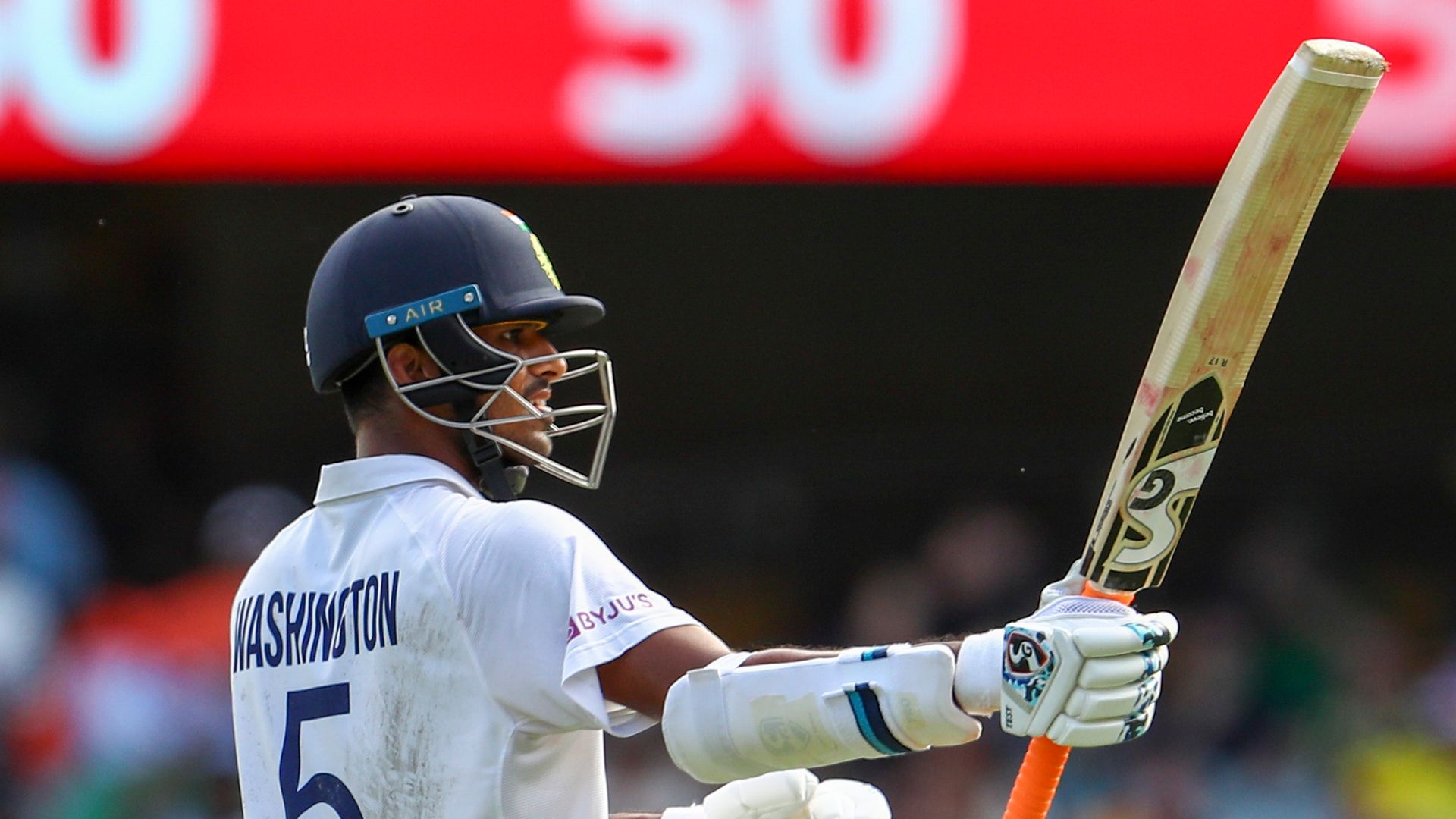 Josh Hazlewood finished with 5-57 as India were bowled out for 336, following maiden Test half-centuries for Washington Sundar and Shardul Thakur at Brisbane; Australia closed on 21-0 to lead by 54 going into day four

Debutant Washington Sundar and fellow tailender Shardul Thakur conjured a defiant rear-guard action to drag India back into contention in their deciding Test against Australia in Brisbane.

Drafted into the side because of injuries to India’s frontline bowlers, Sundar (62) and Thakur (67) both smashed maiden Test half-centuries to deny Australia a substantial first-innings lead at the Gabba.

Having finally bowled India out for 336, the home side finished day three on 21-0, an overall lead of 54 runs in the final match of the series which remains level at 1-1.

Earlier, India had been struggling at 186-6 in reply to Australia’s first-innings total of 369, but Sundar’s seventh-wicket partnership of 123 with Thakur rescued the tourists.

Thakur, playing in only his second Test, brought up his 50 with the second of his two sixes, nonchalantly hitting spinner Nathan Lyon over the long-on rope.

Sundar, who had claimed three wickets in Australia’s first innings, completed his half-century in the next over in less spectacular fashion, taking a single off Mitchell Starc.

Resuming on 62-2 overnight, the tourists added 43 before Josh Hazlewood, who returned 5-57, dismissed the obdurate Cheteshwar Pujara for 25.

Pant perished attempting a T20-type shot as he tried to steer a rising delivery over the slip and picked out Cameron Green at gully instead.

But Sundar and Thakur frustrated the hosts, aided by the occasional stroke of luck.

Thakur smashed nine boundaries in his belligerent knock and by the time Pat Cummins pegged back his off-stump, India had crossed the 300-mark.

Australia were left with 20 minutes to negotiate before the close and David Warner (20) and Marcus Harris (1) saw them through to stumps without alarm.

De La Hoya: Marlen Esparza Will Demonstrate Why She Is Next In Line For WBC Title