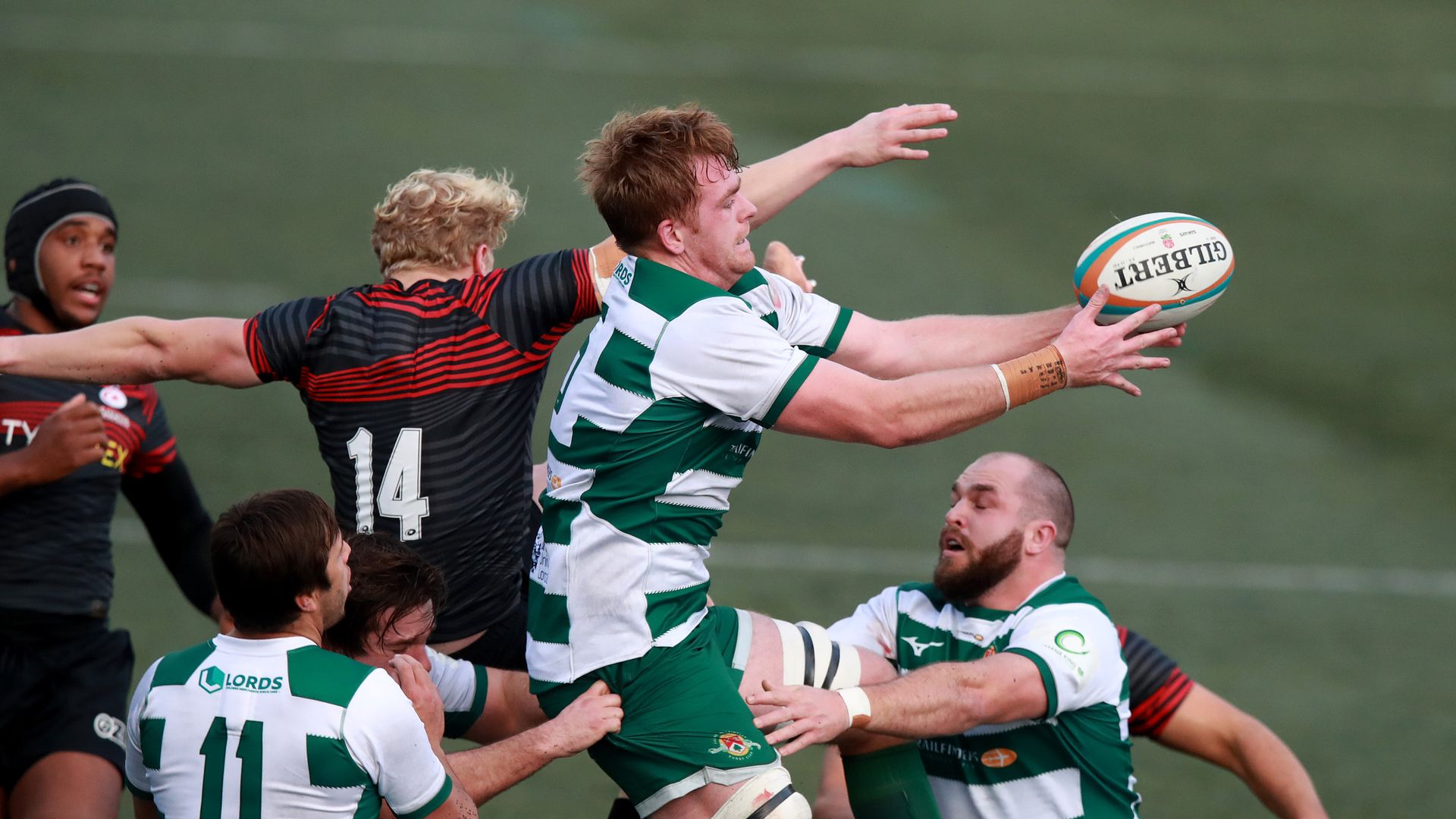 Saracens’ first game since their enforced relegation from the Gallagher Premiership ended in a 27-26 defeat to Ealing; “For us the important thing to show where we are as a club was to get the result,” Ealing’s Ben Ward said

Director of rugby Ben Ward hailed another sign of progress at Ealing following their win over Saracens in the first match of the Trailfinders Challenge Cup.

Two tries from Alun Walker and one from Angus Kernohan helped the hosts to a 27-26 win over the former Gallagher Premiership and European kings at Trailfinders Sports Club.

The round-robin tournament serves as a warm-up to the 2021 Greene King IPA Championship campaign and Ward believes his side underlined their ambitions to earn a Premiership place.

“For us the important thing to show where we are as a club was to get the result,” Ward said.

“Three years ago, we thought we were in a good place but hadn’t beaten a Premiership side. Now we’ve beaten London Irish, Newcastle and Sarries, so that’s another step up.

“It’s important that we show consistency, but on another day we would have lost that game because we should have been further ahead.”

Saracens fielded a side minus all of their England stars with the exception of Billy Vunipola, who started at No 8 and had national team head coach Eddie Jones keeping watch on his performance.

Saracens edged out by Ealing

Ealing held out for a surprise 27-26 win over relegated former Premiership and European champions Saracens.

Vunipola completed the full 80 minutes in the match to give Jones a boost ahead of England’s Six Nations opener against Scotland on February 6, with the others on bespoke training programmes ahead of the Calcutta Cup clash.

“I thought Billy was outstanding, genuinely,” Sarries director of rugby Mark McCall said. “He has been brilliant with this young group all week. He has been really positive with them.

“It’s so hard for an international player to play in a game like this and not get frustrated at times – with your team-mates and with the opposition. But I’m really pleased.

“Billy is just a great club man; he knows the importance of senior players and their influence on the younger players.

“Some of these younger players are just starting their journey and to have someone like Billy to guide them through, stay positive and be supportive, is very good.”

However, Scotland centre Duncan Taylor failed a head injury assessment and was unable to finish the match.