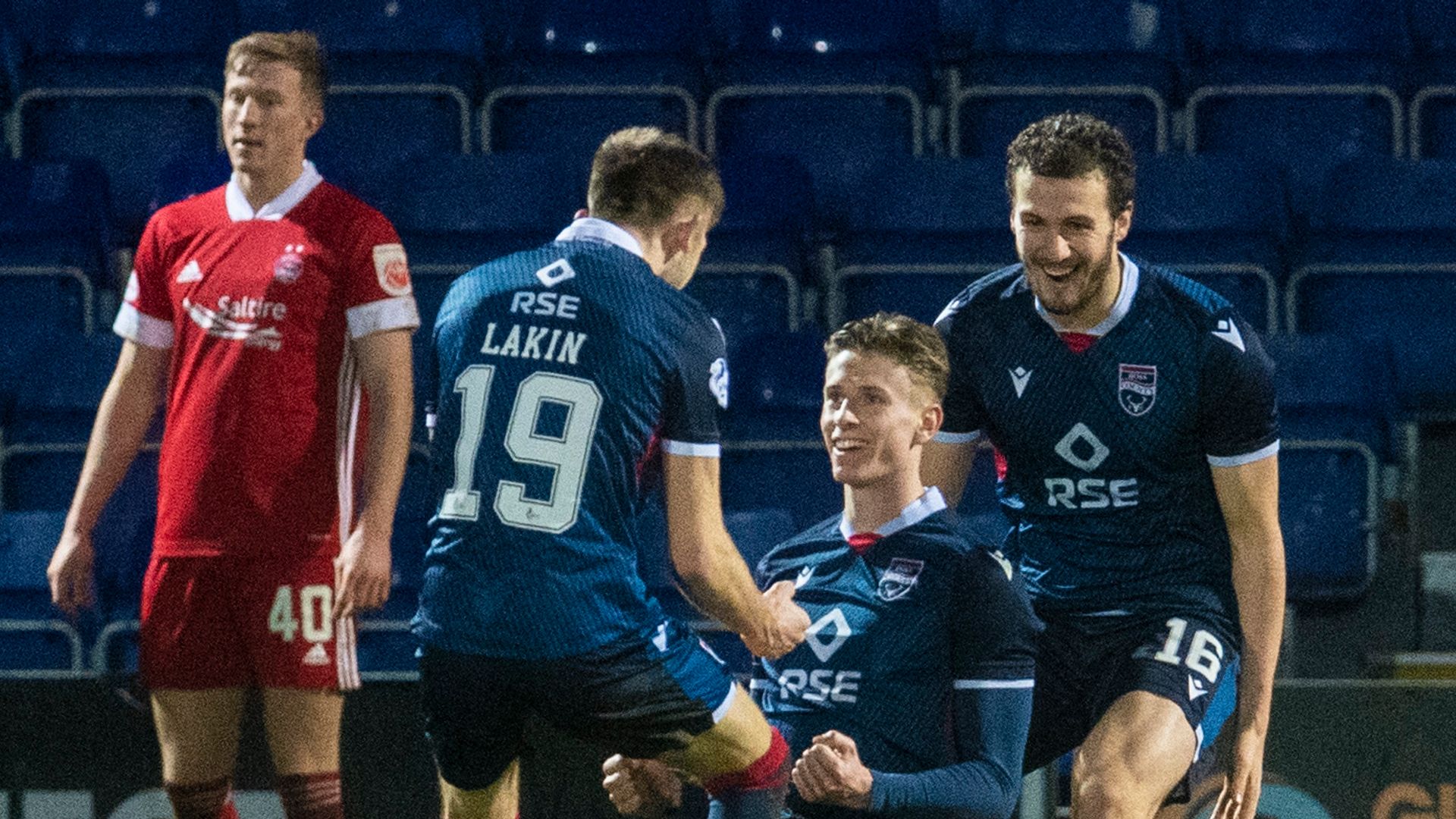 Oli Shaw scored twice as Ross County moved off the bottom of the Scottish Premiership with a 4-1 victory over Aberdeen in Dingwall.

Shaw gave the Staggies the lead after 35 seconds with Charlie Lakin doubling their advantage after 20 minutes.

An Alex Iacovitti own goal on the stroke of half-time gave the Dons hope but Shaw netted his second goal six minutes from time and Jermaine Hylton added the gloss in injury-time as County clinched maximum points.

The Staggies stampeded into the lead after just 35 seconds when Iain Vigurs found Hylton to the left of the 18-yard box.

Vigurs then sent the ball back into the centre of the box to find an unchallenged Shaw who fired a low drive into the bottom-left corner leaving goalkeeper Joe Lewis flatfooted.

Ross County dominated the opening period of the match and managed to double their advantage midway through the first half.

Harry Paton’s cross from the right wing found Lakin in the box unchallenged and he fired a low drive past Lewis 10 yards out from a tight angle to score his second goal in two games.

The hosts almost made it three immediately afterwards when Regan Charles-Cook was given free rein down the right wing and sent the ball across the face of the six-yard box which was unable to find any takers.

Aberdeen’s problems went from bad to worse when Ashley Taylor was forced off injured on the half-hour mark and was replaced by Shay Logan.

The Dons should have pulled one back when Jonny Hayes’ cross from the left wing found Matty Kennedy unchallenged in the six-yard box but his point-blank shot was well saved by Ross Laidlaw.

Scott Wright also should have pulled one back before half-time when he was allowed a chance from 12 yards out but Laidlaw pulled off another great save.

But the Dons did reduce the deficit to one just before the break when defender Iacovitti diverted Tommie Hoban’s header into his own net from close range.

The second half proved to be a drab affair with neither team able to create many chances.

But the Staggies could have made it 3-1 midway through the second half when Shaw beat the offside trap to run on to Paton’s long ball before he saw his shot go inches over the crossbar.

However, County killed the game off six minutes from time when Ross Draper sent Vigurs’ corner back into the box and Shaw fired a low drive into the back of the net from eight yards to restore their two-goal lead.

Hylton then capitalised on a mix-up in the Aberdeen defence in stoppage-time as he managed to catch Lewis out of his box to fire the ball into an empty net to make it 4-1.

Ross County travel to leaders Rangers and Aberdeen host Motherwell in the Scottish Premiership on Saturday at 3pm.