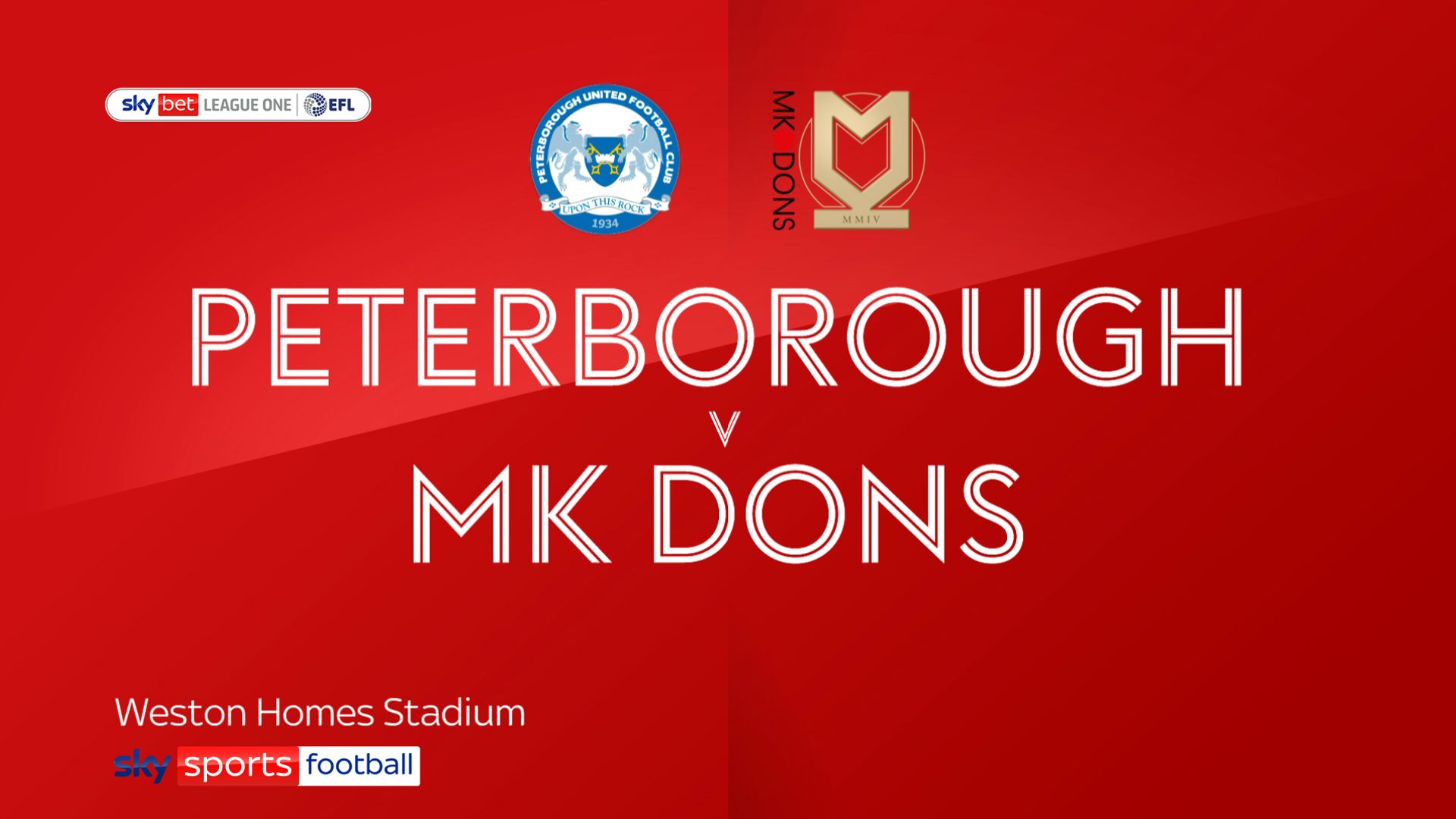 Sky Bet League One leading scorer Jonson Clarke-Harris provided the perfect start when needing only seven minutes to grab his 13th goal of the season.

The prolific forward was perfectly placed to turn in a terrific right-wing cross from Joe Ward.

Siriki Dembele then marked his 100th appearance in Posh colours by laying on their second goal on the half-hour.

He expertly picked out Szmodics, who glided around keeper Andrew Fisher and tucked his first league goal since September into the empty net.

And the same Posh combination unlocked the Dons’ defence again after 65 minutes to seal the points.

Dembele tricked his way into the box and cut the ball back for Szmodics to force in off the inside of a post.

Dons had come within inches of halving their arrears on the stroke of half-time when Regan Poole thumped a 30-yard thunderbolt against the crossbar, before Mark Beevers brilliantly thwarted substitute Joe Mason’s attempt to pounce on the rebound.