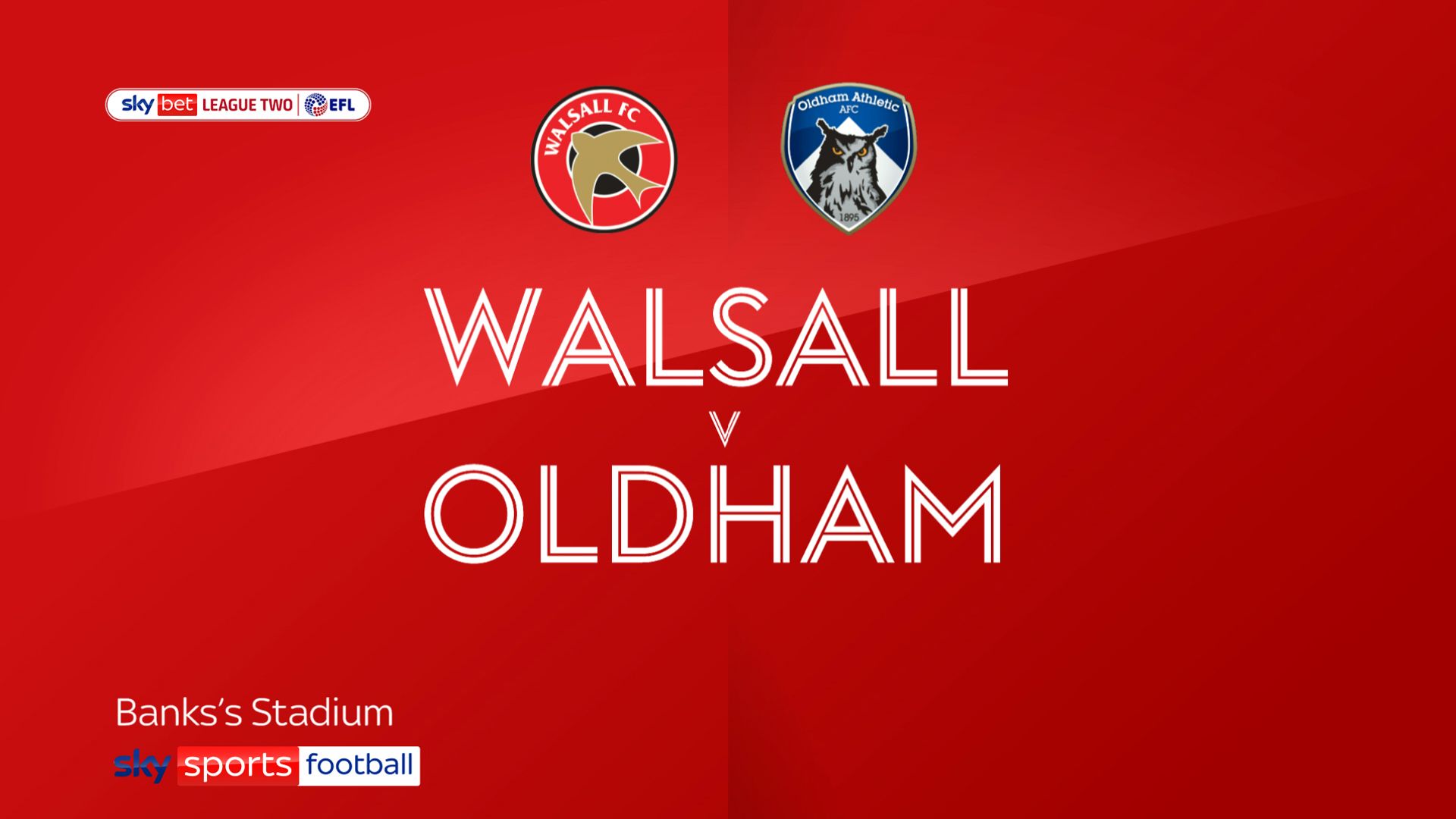 Oldham came from behind to earn a deserved point in a 1-1 draw at Walsall.

Full-back Zak Jules’ first league goal rewarded the Saddlers’ first-half superiority but Oldham were the better side after the break and equalised through Davis Keillor-Dunn.

Dan Scarr headed a corner just over and Wes McDonald lashed a couple of feet wide from 25 yards as Walsall dominated.

They were rewarded after 45 minutes as Alfie Bates’ deep cross dropped to Jules, whose hooked finish from six yards was adjudged to have crossed the line despite Harry Clarke hacking clear.

Oldham improved after the break and Marcel Hilssner, on loan from Coventry, almost marked his debut with a 30-yard rocket but Walsall keeper Liam Roberts saved well down low.

However, the Latics levelled after 75 minutes as substitute Keillor-Dunn controlled a cross and took a touch to beat a defender before slotting a cool finish past Roberts.