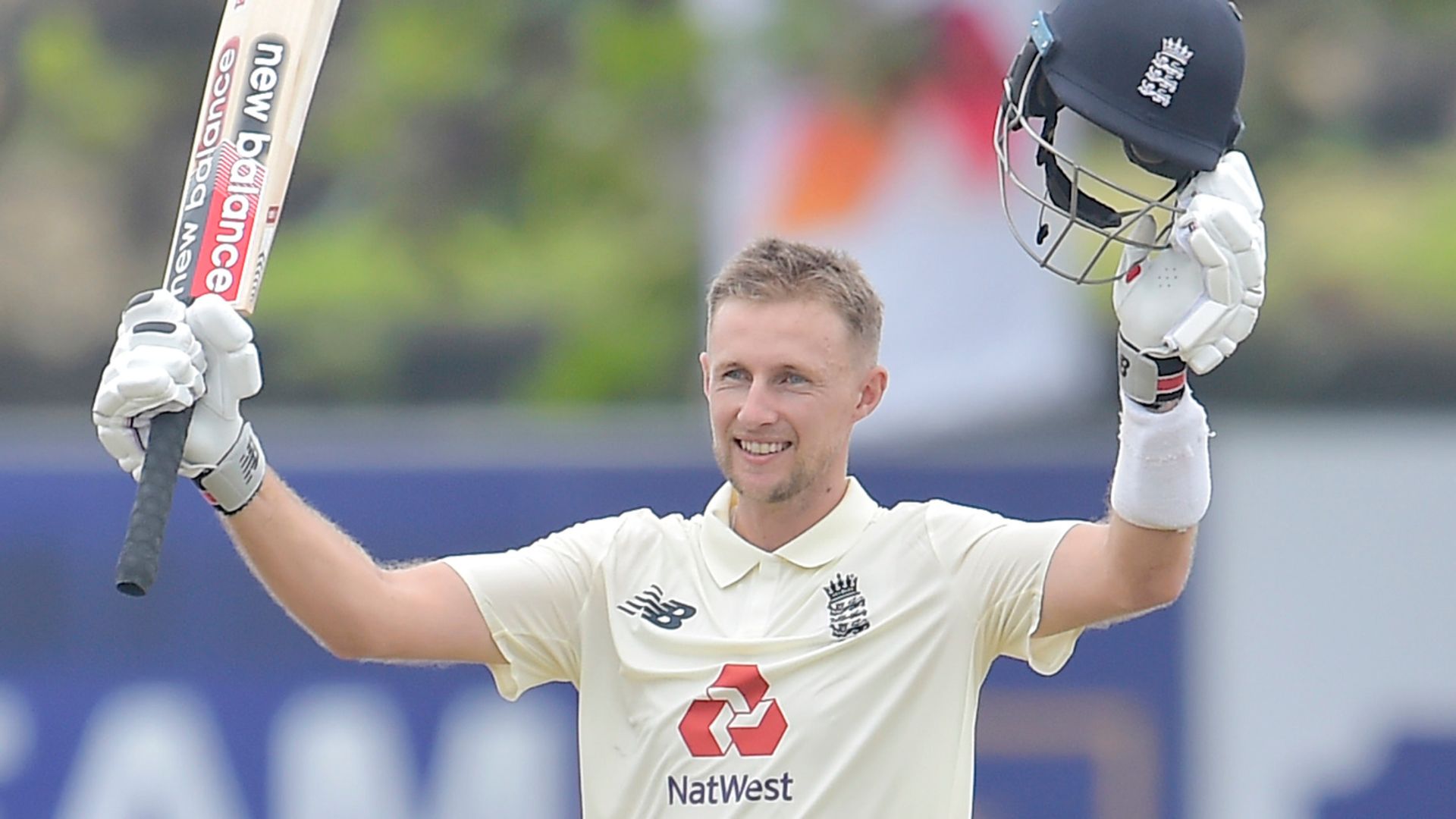 Joe Root: “I do set myself high standards and I expect quite a lot from myself. It’s nice to have started well but it’s just a start”; Mike Atherton thinks “driven and committed” England captain can push for Alastair Cook’s Test runs record after scoring 228 in Galle

Root reached 8,000 Test runs on his way to a glittering double century on day three of the first Test against Sri Lanka, but the England skipper has some way to go to surpass his predecessor’s 12,472.

Having just turned 30, though, and after an innings of such quality in Galle, Atherton thinks Root, who was eventually out for 228, can continue to improve from his already very high level.

“I thought he played absolutely magnificently throughout that innings,” Atherton said. “Just to start the year off, in what could be a defining year for him, in that way will give him immense pleasure.

“He’s racking up a fantastic career now and sometimes I think we’re blase about someone like Joe Root. He’s 30 years of age, Graham Gooch’s best years came after the age of 36 – I’m not saying Joe Root will improve beyond 36; Ricky Ponting reckons you don’t improve beyond 33, but he’s got three years now until 33 so he could certainly reach a high plateau before then.

“If you’re looking at Alastair Cook there, 12,000-plus Test runs, why can’t he go and challenge that record number of runs? He’s a young man still and he’s maybe got some of his best years ahead of him.

“He looks driven and committed and of the players that I’ve seen for England – so I’m going back to the mid-to-late 1980s – if you said to me that I could take any of them, I’d take four: Gooch, Gower, Pietersen and Root, he is one of England’s best.”

Root himself spoke about the changes he has made after falling below the standards he demands of himself with the bat last year, and highlighted rhythm as the main aspect he has focused on.

“I’ve changed quite a few things,” the England captain said. “Tried to get more rhythm into my batting, just trying to find triggers and things that I can do when the bowler is running in, or at the end of his mark, that might just give me a bit of rhythm to things.

“It looks a bit different to previously, but it feels really good. Again, just trying to clear my mind of everything other than looking or reacting to that next ball.

“It [2020] was lean. I do set myself high standards and I expect quite a lot from myself. It’s nice to have started well but it’s just a start, it won’t mean half as much if we don’t get a result out of this game.”

Atherton believes Root showed signs of returning to his best with the balletic movement at the crease one of the biggest signs that he is in good touch.

“He used that word rhythm a lot and we’ve always said on commentary that to watch Joe Root sideways on is usually a good sign because what you see is this lovely rhythm of back and forward and flow,” Atherton added.

“He’s like a ballet dancer, he’s light on his feet and he moves. In the last 18 months he’s just looked a bit more leaden-footed, a bit more plodding at the crease, out of sync. But that, of course, may have something to do with Cummins, Hazlewood and Starc – and there is nothing of that quality here.

“So you always have to push forward and wait and see what will come down the line, but he looked very well balanced and beautifully in rhythm there.”

Having built a lead of 286 on first innings, Root will now be hoping his bowlers can end Sri Lanka’s stubborn resistance on day four and push England, who lead by 130 runs, to victory and enable him to fully enjoy his marvellous innings.

“It always means more when your side is winning and it is contributing to something so hopefully we can press on tomorrow, get a couple of early wickets and really hammer home this advantage,” he said.