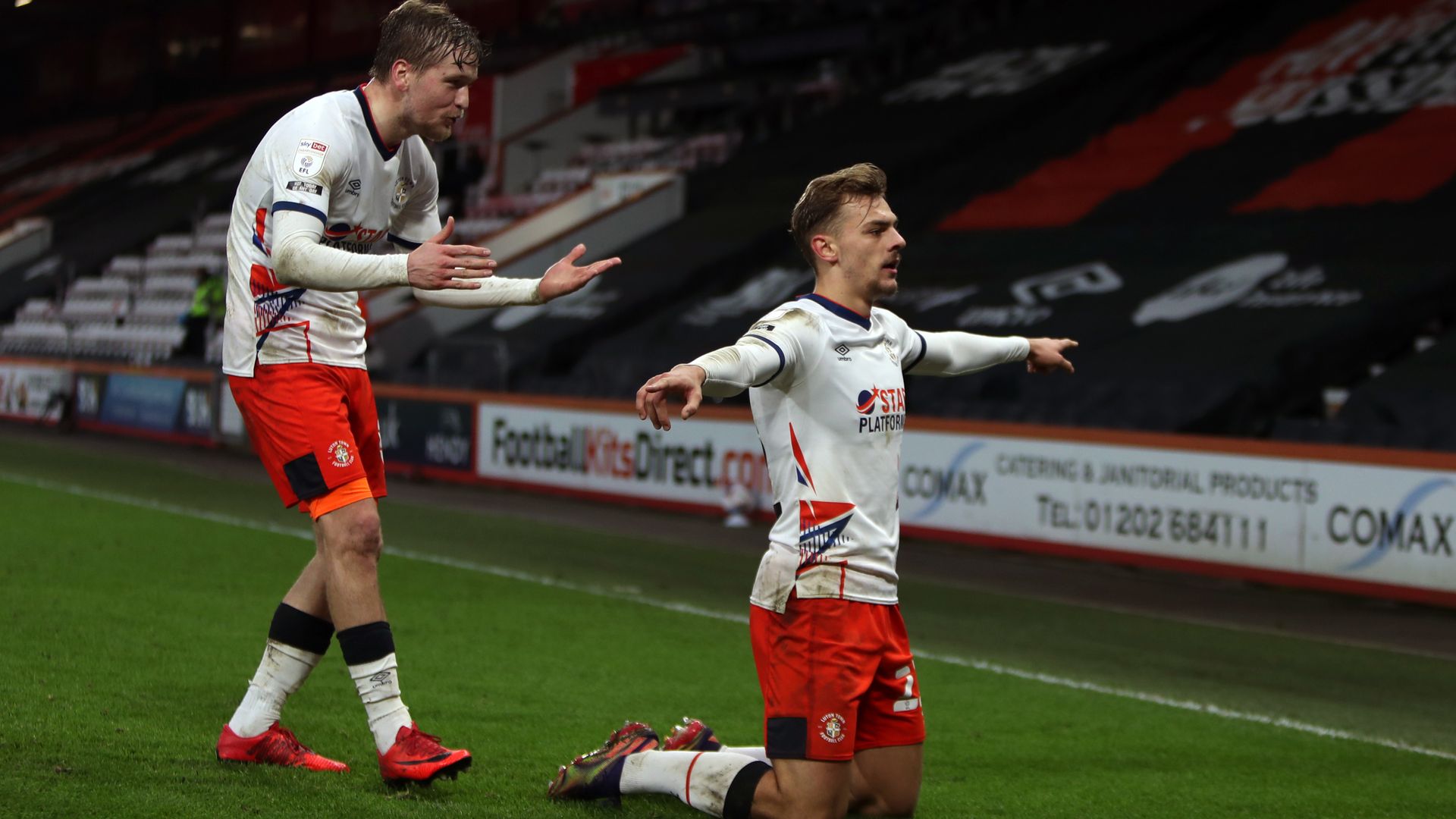 Luton earned their third win in four games thanks to Kiernan Dewsbury-Hall’s goal midway through the second half against Bournemouth, who played most of the match with 10 men after Jefferson Lerma was sent off with 25 minutes gone.

The Colombian was dismissed for leading with an arm in an aerial challenge with Tom Lockyer which left the Luton defender with a cut that required heavy bandaging.

The defeat leaves the Cherries trailing the automatic promotion places whilst Luton climbed into the top half of the Sky Bet Championship table.

After few chances in the first half, Bournemouth were thankful for three brilliant saves from Asmir Begovic at the start of the second.

First he denied Glen Rea with a brilliant reflex stop before a double save to deny first Luke Berry and then Dewsbury-Hall.

Nathan Jones had switched to a back four at half-time to allow an extra man to push into midfield and the change had a positive outcome.

The Hatters finally took advantage of their extra man with 67 minutes gone.

Former Bournemouth forward Harry Cornick teed up Dewsbury-Hall on the edge of the area and he buried a shot into the far corner.

The home side were unable to fashion an equaliser as Luton claimed all three points.