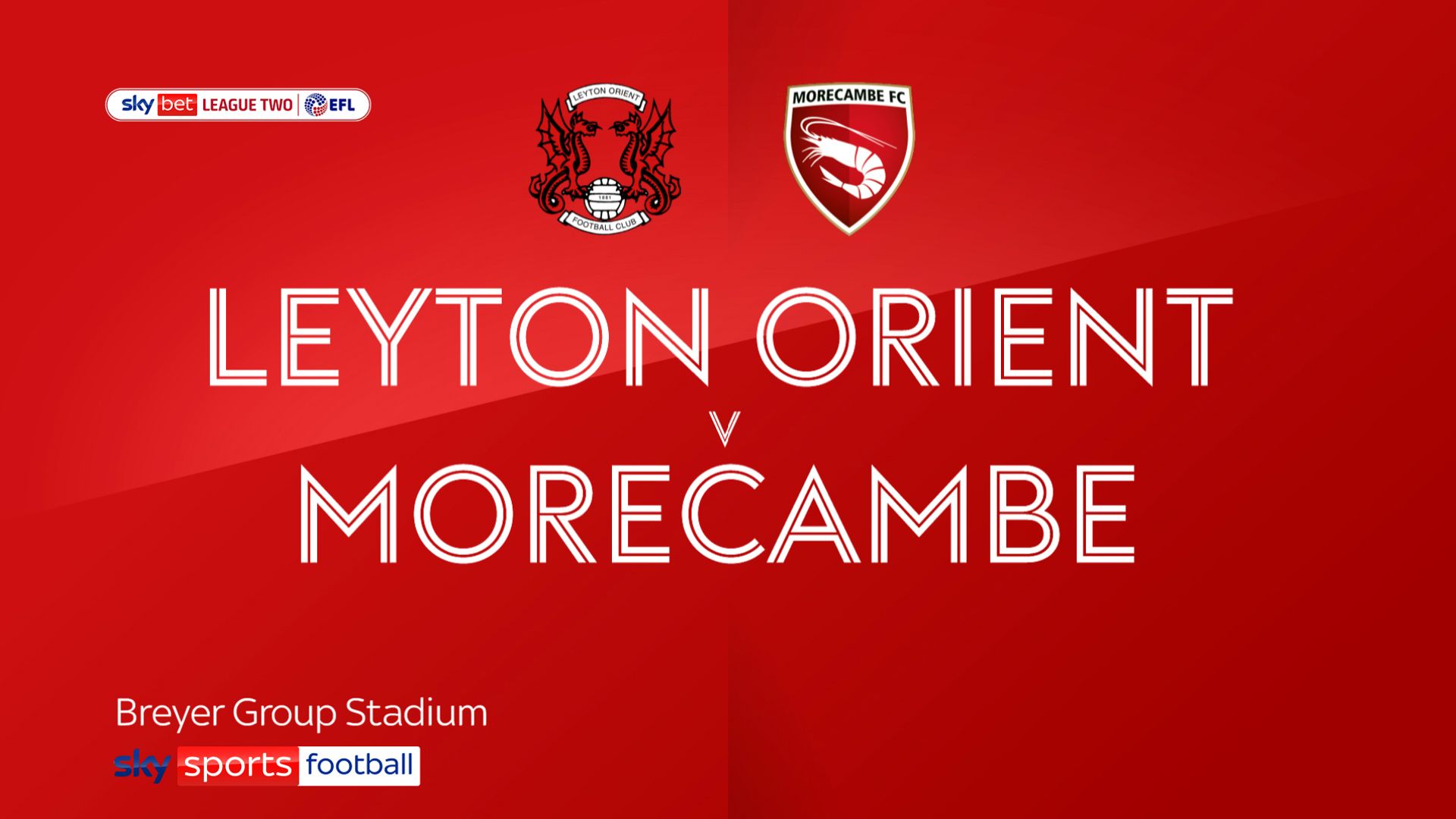 In the 88th minute, a wonderful cross from central defender Tunji Akinola glanced off the head of Shrimps’ Nathaniel Knight-Percival and into the net.

Then in the second minute of added time, Jobi McAnuff picked out Lee Angol, who stabbed the ball into the net from close range to put the result beyond doubt.

The home side enjoyed the greater possession in the first half and midfielder Craig Clay was heavily involved in the play.

Three times in five minutes he threatened the Shrimps’ goal, with his best effort on the half-hour with a 20-yard volley that just cleared the crossbar.

Orient had goalkeeper Laurence Vigouroux to thank for keeping them on level terms at the break. He tipped a shot by Adam Phillips around the post in the 11th minute and, just before the break, spread himself to deny Carlos Mendes Gomes.

In the second half, Yann Songo’o spurned two good chances for the visitors before Orient’s territorial superiority proved decisive with Knight-Percival and Angol on target.