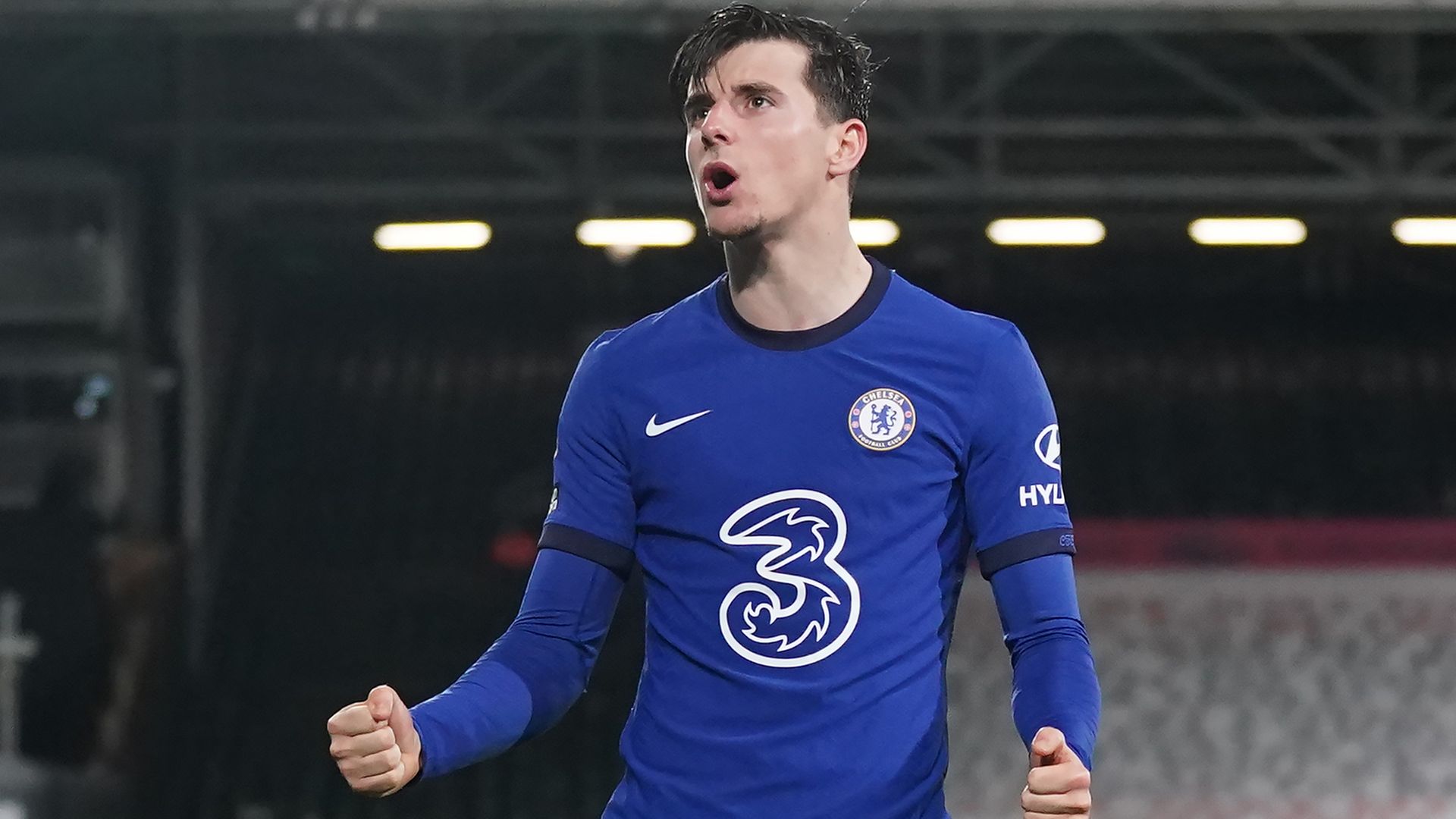 Mount scored the only goal of the game late on against 10-man Fulham to give Chelsea just their second win in seven Premier League games and ease the pressure slightly on Lampard.

For all Chelsea’s chopping and changing at the top end of the pitch, Mount has been a relative mainstay, starting 16 of Chelsea’s 18 Premier League games, and Lampard was full of praise for the 22-year-old, even comparing Mount to his own development at Stamford Bridge as a player.

“Mason was outstanding in the game,” he told Sky Sports. “He deserves the accolades for how he played. Mason was in a slightly deeper role at that point but could still arrive in the box. But his quality is brilliant, his attitude is brilliant, so he deserves it.”

He then said in his press conference: “I thought his performance all round was fantastic; he’s been very good for us, last year and this year.

“He’s a big example of what I mean when I mention youth, he turned 22 last week. I came to Chelsea at 22, and I wasn’t blowing the world away in my first year or so, I was finding my feet, but Mason already has so many games under his belt.

“Not just his goal, he was the man today for Chelsea. From minute one he wanted the ball and made things happen. He was energetic, he pressed, and he had this pivotal moment with a really important volley.

“He had energy, he set the tempo, all game. Frank has a few players in that team that he’ll be picking every week. He’s one, and there’s only a few of them. That’s his first goal in 13 Premier League games, he needs to do that more.

“But Frank knows it’s not just the goals, it’s the way he sets the tempo and starts the press. That’s why he starts week in, week out.”

‘This has been a tough period for us’

Lampard also reflected on what has been a difficult period for Chelsea; having been just one victory off the top of the table, they are now seven points off the lead having played a game more than Manchester United.

“At the top end of the pitch we’ve gone from top goalscorers to not, and that means there’s a little bit of confidence missing,” he said.

“This period has been a bit tough on us. When you’re a club like Chelsea people really want to make a lot of it, to talk about it, and that comes with the territory.

“It’s only a significant win if we back it up. It feels good tonight. We went on a really good unbeaten run, went two points off the lead, and then we took a hit in a short period of time. We can’t think everything is solved, because it’s not solved, and we want more.

“I keep saying we’re in a period of transition, we know there are new players, we know we are trying to find solutions in how we’re playing, but we need to get points because it’s Chelsea.”

‘It will happen for Werner’

Lampard also re-affirmed his faith in summer signing Timo Werner, who is without a goal in 10 Premier League appearances and missed a clear chance in stoppage time when one-on-one with Alphonse Areola.

Asked if £50m signing Werner is lacking confidence, Lampard said: “I think it’s normal. If you don’t score as regularly as you want, those are goal I’ve seen him score many times, that’s his bread and butter going through like that and scoring.

“It happens, he has to just keep working, that’s the only way out of it. We’ve all been there if you’re a goalscorer. It will go in for him, because he’s high quality.”

Fulham now host Manchester United in the Premier League on Wednesday at 8.15pm, before hosting Burnley in the FA Cup fourth round on Sunday at 2.30pm.

Chelsea go to Leicester in the Premier League on Tuesday evening, live on Sky Sports Premier League at 8.15pm, before hosting Luton in the FA Cup fourth round at midday on Sunday.