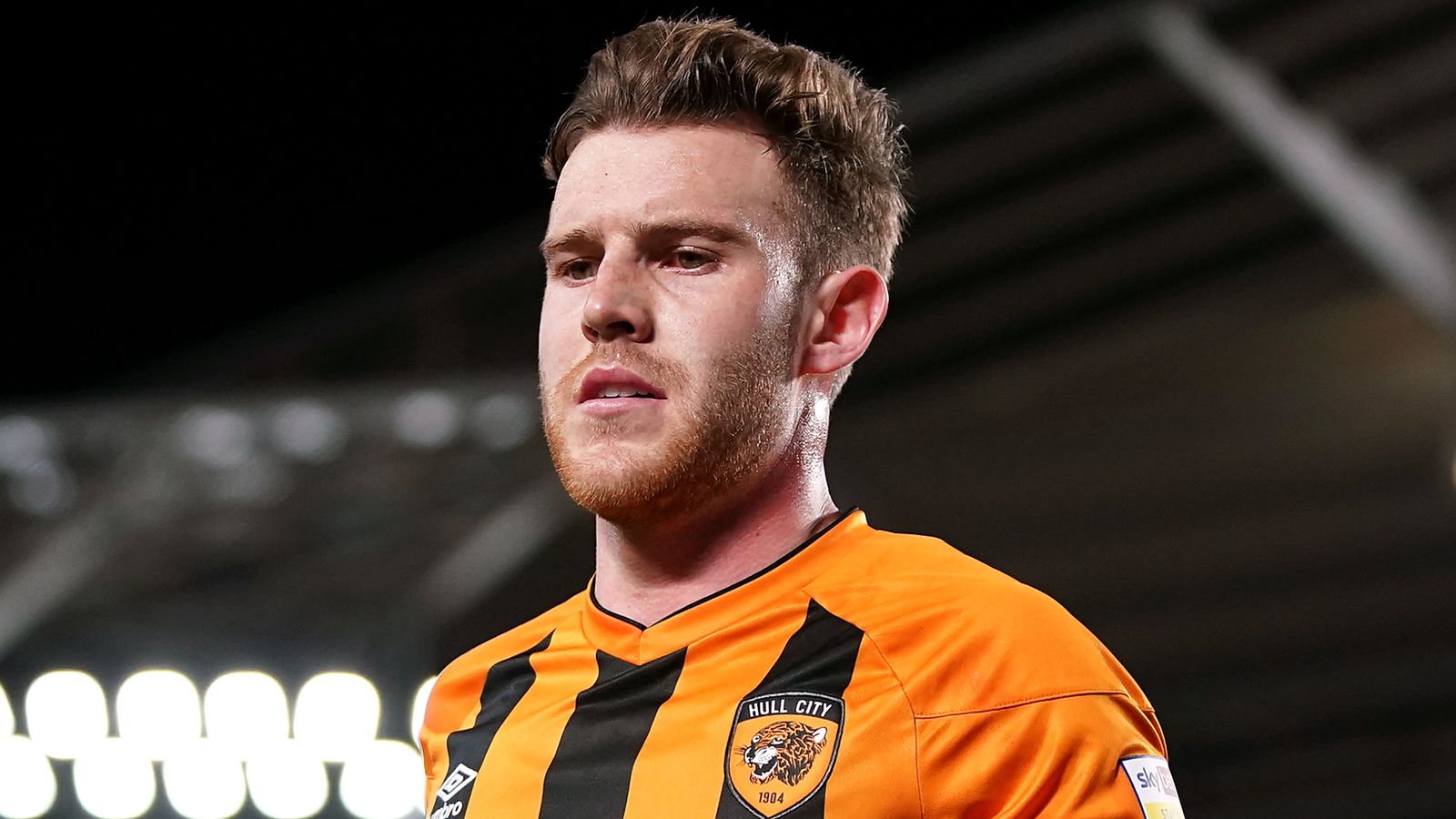 Jerry Yates hit a late equaliser as Blackpool drew at 10-man Hull to prevent the Tigers from moving to within a point of the Sky Bet League One summit.

With Lincoln’s game at Shrewsbury called off, Hull failed to take full advantage to close in on the leaders and had to settle for a 1-1 draw.

Blackpool had knocked Premier League West Brom out of the FA Cup last weekend and were undone six minutes into the second half as Mallik Wilks latched onto a Josh Magennis pass to finish well.

But, after Reece Burke was sent off for fouling Ben Woodburn, the visitors rallied and earned a point as Yates scrambled home with nine minutes remaining.

Portsmouth kept up the pace as the third-place side won 1-0 away to managerless Fleetwood. A John Marquis header with just 16 minutes on the clock was enough to ensure all three points for Pompey.

Ten-man Rochdale rescued a dramatic injury-time point against Wigan, who remain in the relegation zone following a thrilling 3-3 draw.

Stephen Humphrys had rifled the hosts into the lead but Kyle Joseph equalised two minutes later before Callum Lang’s turn and finish had Latics ahead.

Rochdale’s task was made harder when Jim McNulty was sent off moments before the break after a tussle with Joseph.

Despite being a player down, a brave Jake Beesley header drew them level only for Will Keane to seemingly win it for the visitors, but Humphrys struck again deep into added time to earn a share of the spoils.

Doncaster sit a place behind Portsmouth and were pushed all the way by struggling Swindon but a Fejiri Okenabirhie brace was enough to wrap up a 2-1 win at the County Ground.

Okenabirhie put the visitors ahead with a cool early finish and the lead was doubled before half-time. Hallam Hope diverted in a stray shot to half the deficit but Swindon remain in the relegation zone after a 14th defeat of the season.

Peterborough eased to a 3-0 win at home to MK Dons to move up to fifth, Sam Szmodics grabbing two goals after Jonson Clarke-Harris had converted Joe Ward’s cross to open the scoring.

Bottom-club Burton slipped to another loss as Ipswich left the Pirelli Stadium with a 1-0 victory earned through a Mark McGuinness header 14 minutes from time.

A hat-trick from Charlie Wyke fired Sunderland to a convincing 3-0 win over struggling AFC Wimbledon at Plough Lane in the day’s early kick-off.

The visitors went ahead within seven minutes when Elliot Embleton’s ball over the top was just kept in play by Aiden O’Brien on the right and his cut-back fell to the feet of Wyke, who bundled the ball in from close range.

That would be the end of the scoring until the final three minutes of the game, where Wyke struck twice to complete a good win for the Black Cats.

Gillingham captain Kyle Dempsey scored the only goal of the game as his side won at Accrington, while Liverpool loanee Liam Millar made the difference as Charlton ran out 1-0 winners at Bristol Rovers.