Joseph ‘JoJo’ Diaz was still in middle school at the time of the last title unification fight to have taken place in the junior lightweight division.

Marco Antonio Barrera’s 12-round win over Robbie Peden to unify the WBC and IBF titles came in Sept. 2005. Diaz was just 13 years old and still deciding whether he wanted to one day play for the Los Angeles Dodgers or become a world-class boxer.

The latter won out, with the southpaw from South El Monte, California representing the U.S. in the 2012 London Olympics and claiming his first major pro title one year ago. Diaz soundly outpointed Tevin Farmer to win the IBF belt last January, going through five former, present or future titlists to reach that point. 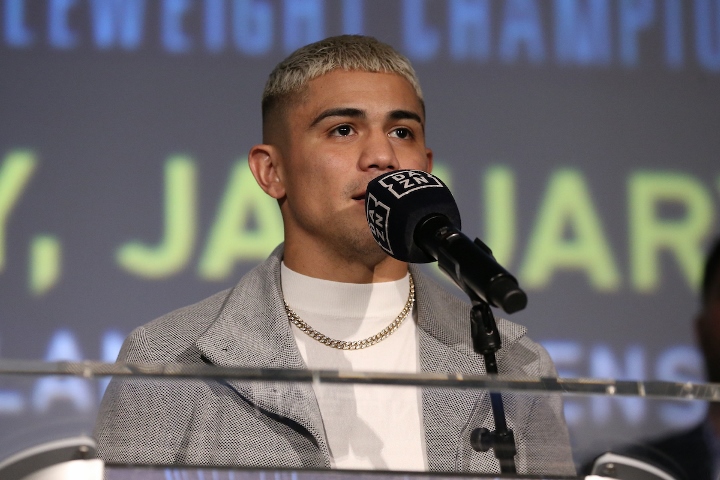 Now comes the part where he hopes to make an impact in a weight class where the best fighting the best has long been a thing of the past.

“There has been a lot of talk in this division but nobody ever willing to back it up,” Diaz (31-1, 15KOs) told BoxingScene.com of his current peers. “So, I’m just going to let my fighting do the talking for me. Throughout my career, I’ve always fought top contenders, really tough fighters. I’ve fought six different guys who have become a world champion.

“I’ve always challenged myself to fight the best. I fought them all at their prime and who were live dogs inside that ring.”

Farmer was among the top-rated in the division by the time Diaz ended his title reign. The ongoing coronavirus pandemic killed plans for their targeted rematch, while also delaying an IBF-ordered mandatory title defense versus Russia’s Shavkatdzhon Rakhimov (15-0, 12KOs). That bout was scheduled to take place February 13, but it was pushed back after news broke earlier this week that Rakhimov tested positive for COVID-19.

Diaz is eager to satisfy his mandatory obligation and then pursue voluntary title fights, namely against the best the division has to offer.

“I took out the best at 130 pounds to win my title—Tevin Farmer had five title defenses,” notes Diaz, whose only pro loss came in a competitive showing versus featherweight titlist Gary Russell Jr. in May 2018 before moving up in weight. “I took him out. Now I want to go out there and showcase to everybody that I am the best. After [I make my mandatory], I want to go after Jamel Herring-Carl Frampton [winner]. After that, even Gervonta Davis if [stays] at 130, and even the winner of Miguel Berchelt and Oscar Valdez.

“These guys at 130 pounds, they’re just going their separate ways. They want to create a buzz and hype around them but not fight for it. I don’t want to do that. I want to go out there—the way I want to create my hype by going out there, fighting the best and beating the best. I showed It with Tevin Farmer. Now, it starts by taking care of this mandatory that the IBF ordered. After that, we just go from there.”