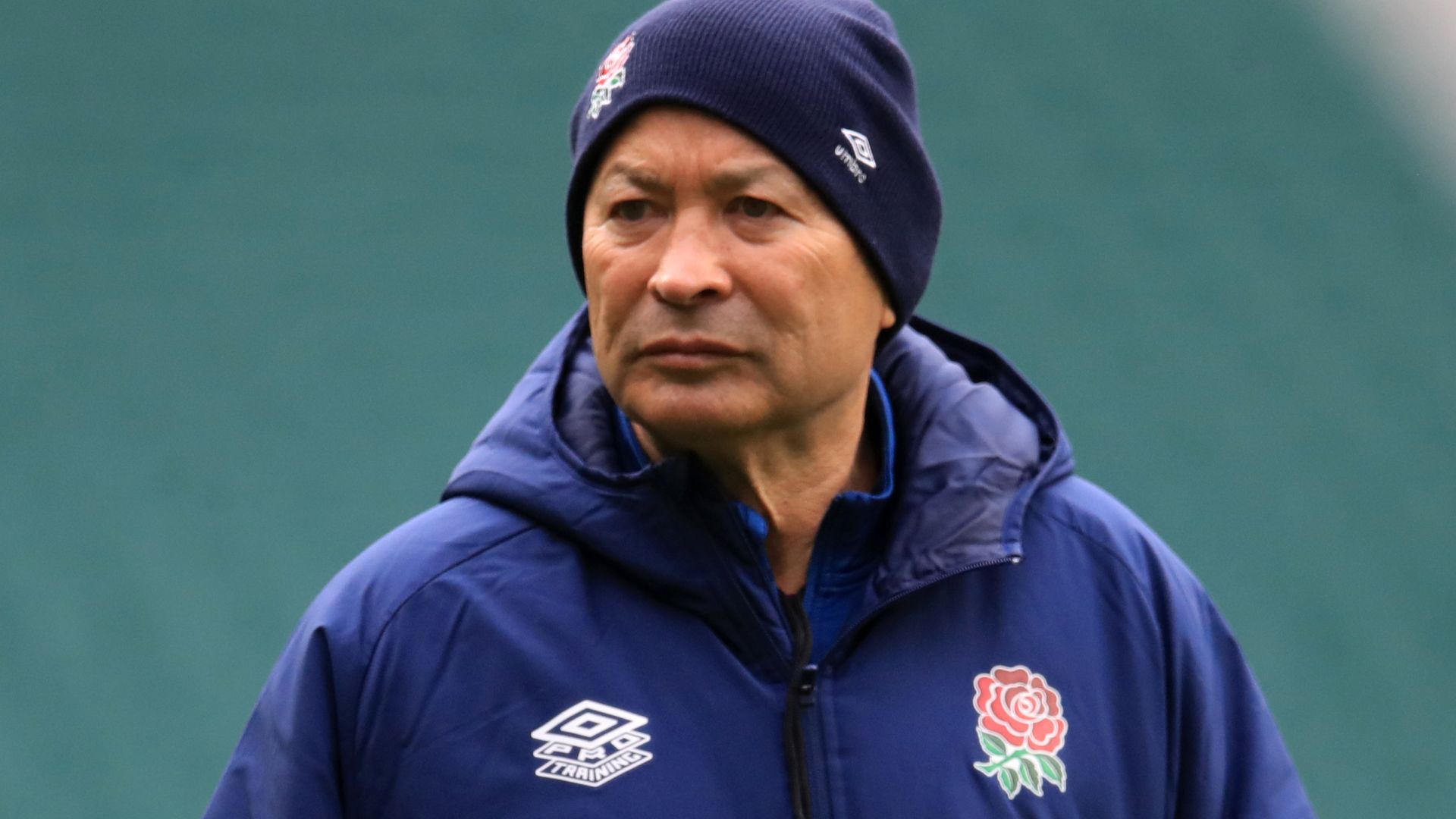 The Women’s Six Nations and U20 tournaments have been postponed; Champions Cup and Challenge Cup group stages abandoned after French Government blocked Top 14 clubs from competing in cross-border competition; Eddie Jones said: “We’ve just got to get on with it until we’re told not to”

Eddie Jones says there is nothing inevitable about the season being paused due to coronavirus, adding that rugby plays “a key role in giving people something to cheer about”.

European rugby officials were forced to abandon the group stages of the Champions Cup and Challenge Cup this week after the French government blocked Top 14 clubs from competing in the cross-border competition due to its fears over the Kent strain of coronavirus.

Similarly, the Women’s Six Nations and U20s tournaments have been postponed until “later this spring or early summer”, while the men’s tournament appears increasingly in doubt despite Six Nations officials maintaining the tournament will take place as scheduled.

Despite the uncertainty surrounding the sport, Jones does not believe there is a sense of inevitability that the rugby season will be suspended.

“No, I don’t think so,” he said. “As long as we get approval from the health authorities and the Government we can continue playing, because it does play a key role in giving people something to cheer about.

“I think a lot of the research shows that during the game, the transference of the disease… I’m not a health expert but the risk is minimal.

“So we’ve just got to get on with it until we’re told not to.”

Jones is maintaining a positive outlook in the midst of the unpredictability, and is excited for the players to arrive in camp after completing their club duties.

“At the end of the day we’re lucky to be playing rugby so we’ve just got to be grateful for what we have and make the best of it,” he said.

“We’re looking forward to getting the players in a couple of weeks.”

Earlier this month the RFU banned face-to-face try celebrations and ice baths in the Premiership as rules were tightened to stem the surge in cancelled matches in the competition.

England No 8 Billy Vunipola says it is inevitable that rugby will find it tougher to keep coronavirus cases down due to the nature of a contact sport, but is satisfied that the testing in place makes the game as safe as can be.

“It’s tough in rugby because we scored a maul try today and everyone had to get up and not shake hands,” Vunipola said after Saracens’ 27-26 loss to Ealing Trailfinders.

“It’s a strange one for rugby. I can understand football, but it’s less controllable in rugby.

“But it’s something that the clubs are doing really well to try and control.

“We get tested every week – sometimes twice a week – so we’re trying everything to negate that but it’s always going to happen.”