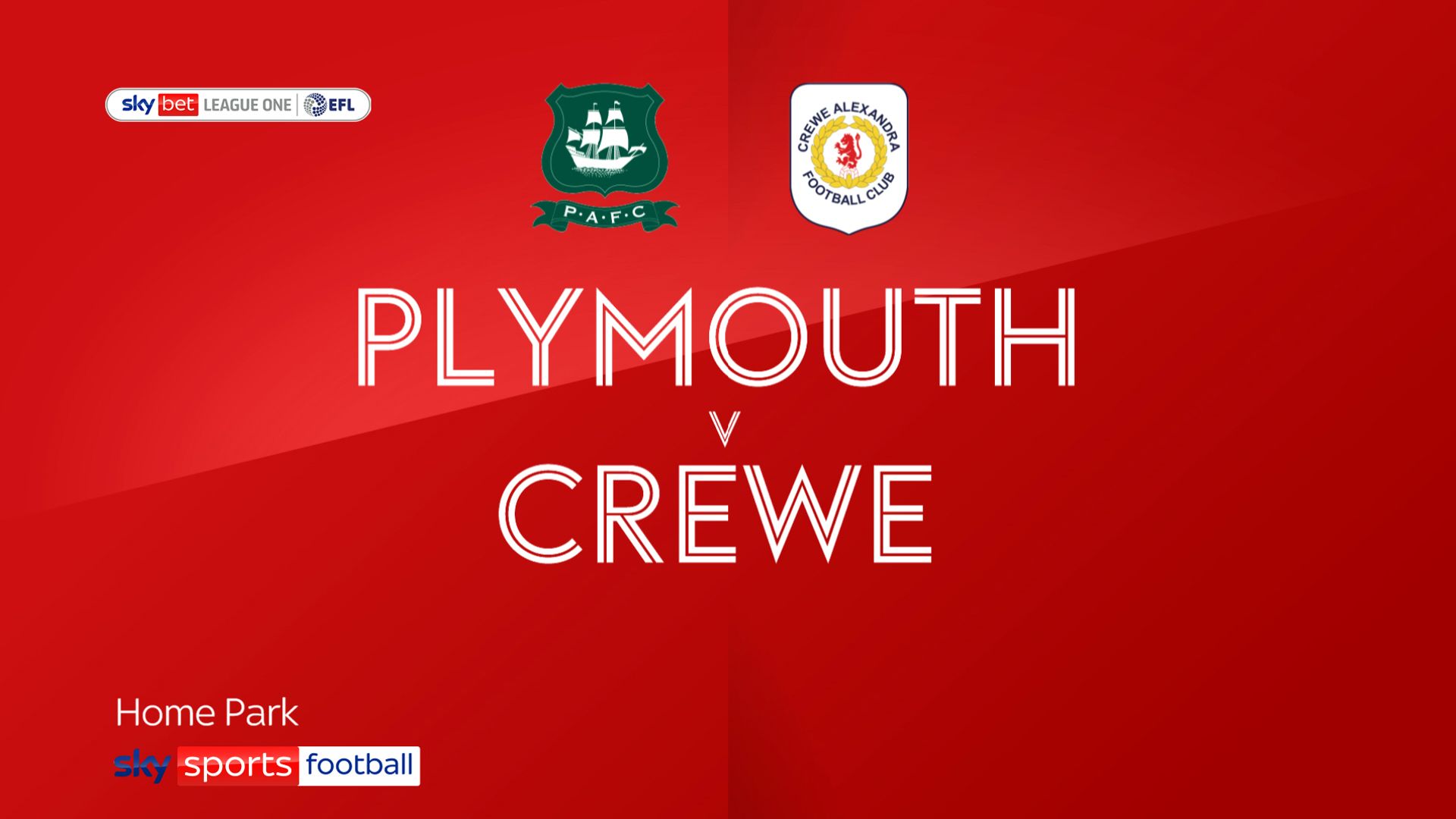 Luke Jephcott scored his 15th goal of the season as Plymouth drew 1-1 at home to Crewe in Sky Bet League One.

Jephcott coolly slotted home an 11th-minute penalty after Conor Grant was felled by Luke Offord, but Oli Finney levelled for the visitors in the 64th minute.

Luke Murphy came closest to replying in the first half, sending a thumping shot just wide on 19 minutes.

Dave Richards made two superb saves to keep his side in the contest, going full length to keep out a low drive from Jephcott on 38 minutes.

Richards made an even better diving save to deny Grant a minute later as Crewe failed to clear their lines after a corner.

Crewe levelled when Mikael Mandron threaded the ball through to Finney on the run into the box and he slotted into the corner past Michael Cooper.

Richards made another superb save to keep out Panutche Camara’s rising 80th-minute drive.

In stoppage time, Camara was dismissed following a second caution.