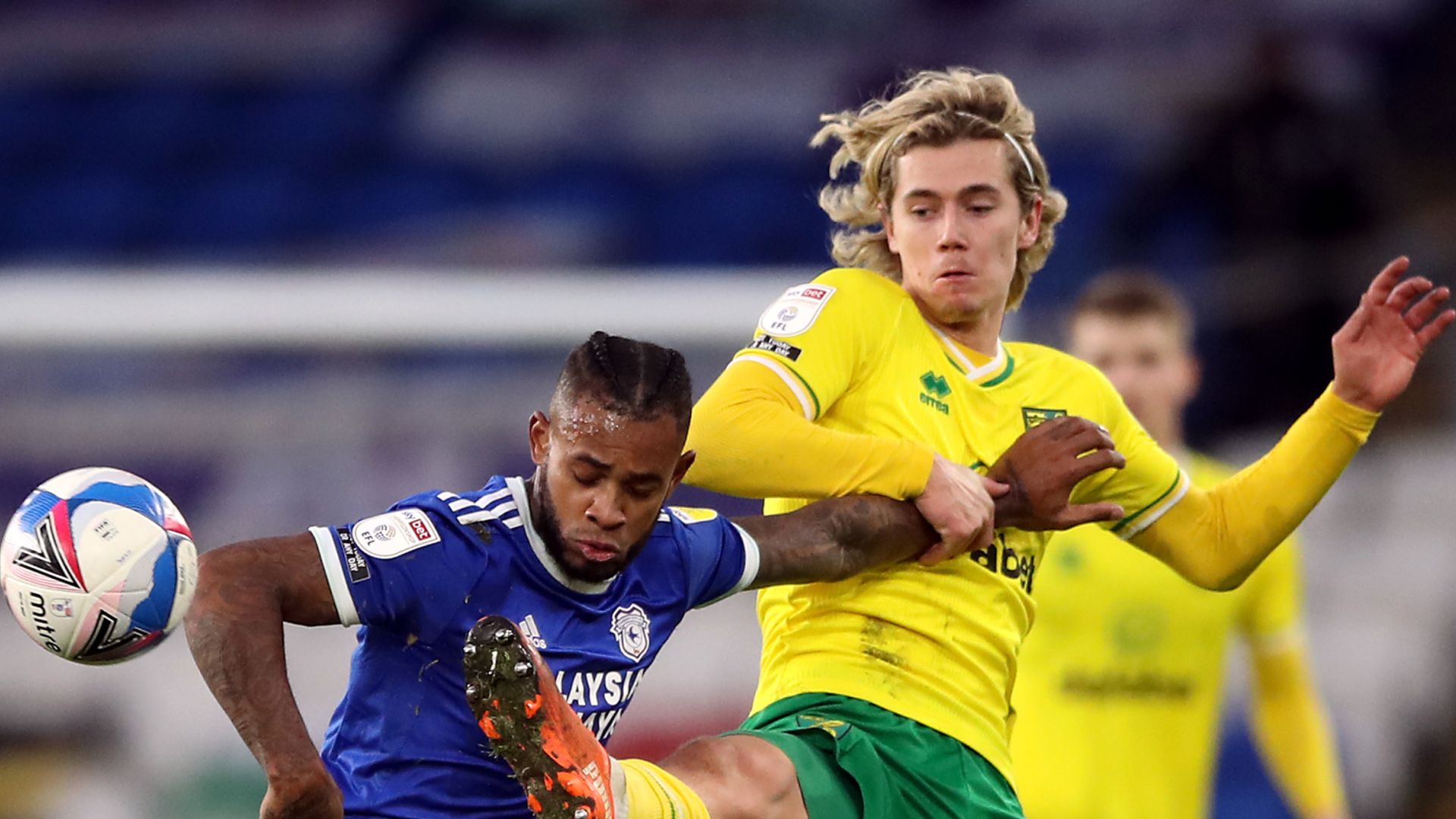 Norwich strengthened their position at the top of the Sky Bet Championship with a 2-1 win at struggling Cardiff.

Daniel Farke’s side, bidding to make an immediate return to the Premier League, pulled seven points clear of second-placed Swansea ahead of their late kick-off at Barnsley and moved eight ahead of third-placed Bournemouth.

Grant Hanley put the leaders in front after just four minutes, nodding in at the far post after a flick-on from a corner.

And it was 2-0 after 20 minutes as Todd Cantwell rounded off a slick counter-attack by slotting into an empty net following a smart save from Alex Smithies.

Joe Ralls gave Cardiff hope by thumping into the bottom corner from 12 yards after 65 minutes but the hosts were reduced to 10 men five minutes later when Marlon Pack was shown a second yellow card and slipped to a fourth successive defeat.

Bournemouth missed the chance to go second after a 1-0 loss at home to Luton. The Cherries’ task was made more difficult when Jefferson Lerma was shown a straight red card after 26 minutes for catching Tom Lockyer in the face with a stray arm while competing for a header.

Bournemouth pushed to overcome their numerical disadvantage but Luton capitalised as the hosts tired to take the lead after 67 minutes. Kiernan Dewsbury-Hall curled the winner into the bottom corner from 15 yards.

Watford returned to the play-off places with a 2-0 win over Huddersfield. Tom Cleverley gave Watford a 54th-minute lead by capitalising on indecisive defending from Huddersfield.

Alex Vallejo attempted to pass the ball back to Ryan Schofield, who hesitated as Cleverley closed in and beat the goalkeeper to the ball to slide in from six yards. Joao Pedro made sure of the points 10 minutes later, tapping in at the far post from Kiko Femenia’s cross.

Rooney was named interim manager after Phillip Cocu’s sacking in November but began his full managerial career with the Rams in the relegation zone, one place above Rotherham.

And the Millers leapfrogged their opponents thanks to Jamie Lindsay’s 86th-minute winner.

Sammy Ameobi struck twice as Nottingham Forest secured back-to-back wins for only the second time this season with a 3-1 victory against Millwall.

Forest, who pull six points clear of the bottom three, took the lead 34 minutes in as Ameobi’s long-range strike found the bottom corner and he doubled their advantage 20 minutes from time with a superb strike from 25 yards. Ryan Yates made it 3-0 with seven minutes remaining before Ben Thompson grabbed a consolation.

But the Potters were unable to stay ahead as John Buckley fired in from close range on 76 minutes and Rovers seized the upper hand when James Chester was sent off three minutes later.

Birmingham manager Aitor Karanka enjoyed a successful return to the Riverside as Scott Hogan struck to earn the Blues a 1-0 win and prevent Middlesbrough from moving into the play-off places.