WBC interim-lightweight champion Ryan Garcia (21-0, 18 KOs), 22-years-old, made a big statement earlier this month – when he got off the floor in the second round to score a seventh round knockout of 2012 Olympic gold medal winner Luke Campbell.

According to Garcia, he plans to retire from the sport at the young age of 26.

Very, very few fighters, especially if there are paydays available, will retire before the age of 30. 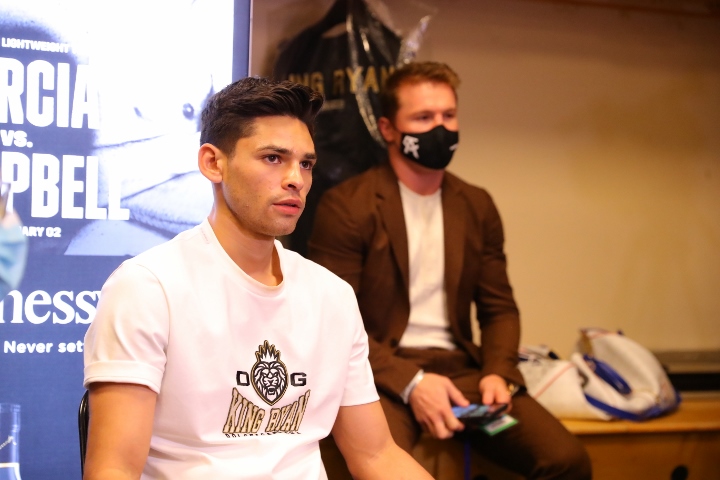 And he doesn’t rule out the possibility of facing someone like two division UFC champion Conor McGregor.

“If they say, ‘Okay, you’ve beaten everybody in the ring, right?’ But somebody goes, ‘This ain’t real fighting. Real fighting is legs, choking, submission, all that.’ Guess what I’ll do? I’ll go prove to them that I’m the best fighter all around in the world,” Garcia told Rich Eisen.

“I’m talking about hands, I’m talking about wrestling. I will go to MMA to prove a point that God is greatest and I’ll beat whoever in MMA that they say I won’t beat. If it has to be Conor McGregor, I will. And I’m not saying this to get money. I don’t care about money. I’m saying this because that’s just how I feel.”

McGregor, 32-years-old, will be long retired in four years. He returns to action on January 23 in a rematch with Dustin Poirier at UFC 257. If that goes well, he wants to have a boxing match with WBA welterweight champion Manny Pacquiao before the end of the year.

Garcia is no stranger to cross-sport disputes.

Last year, there were plenty of words being traded between Garcia and MMA fighter Henry Cejudo.