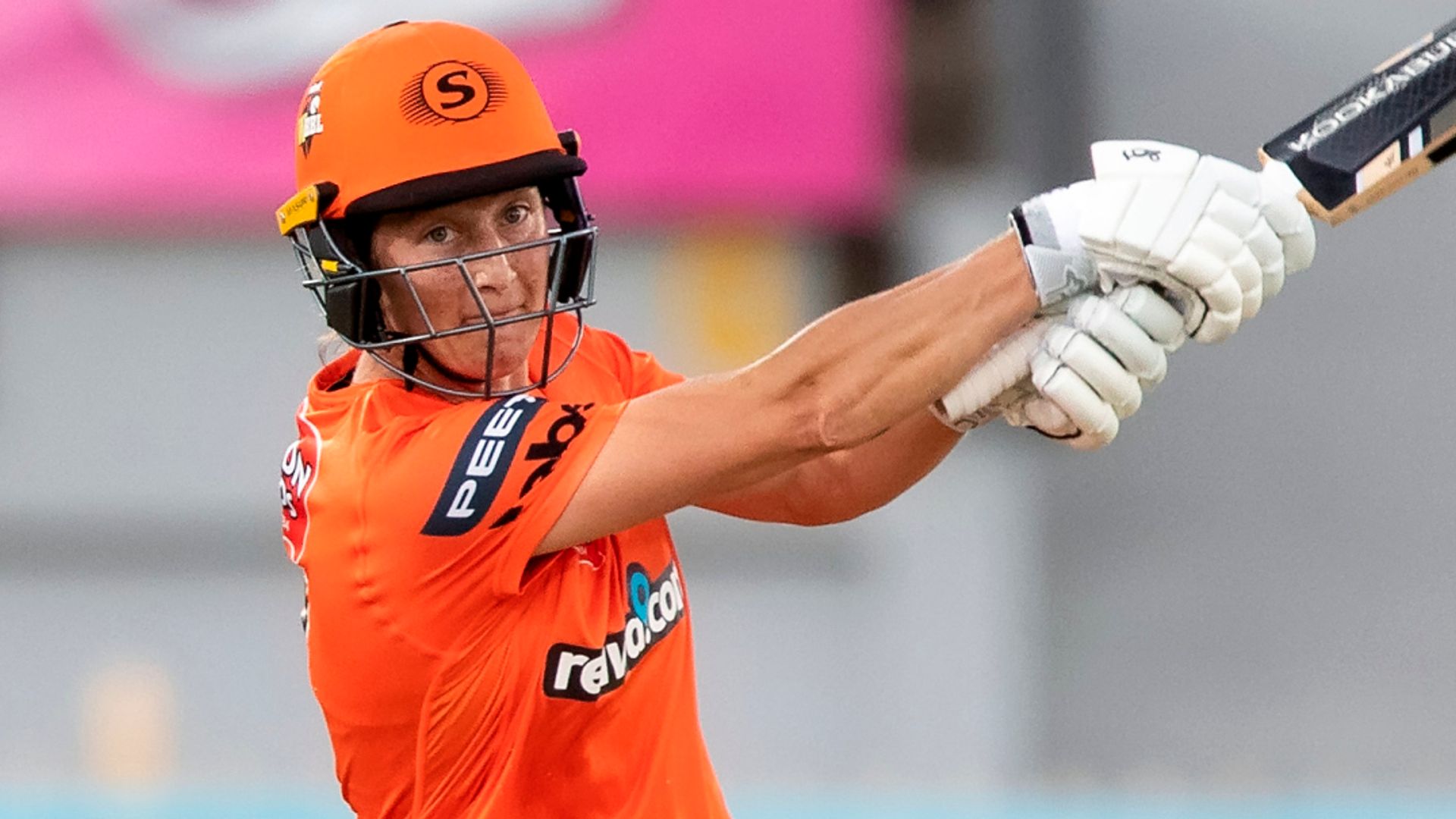 New Zealand’s Sophie Devine has smashed the fastest-ever Women’s T20 hundred with a 36-ball effort in the T20 Super Smash.

Devine – only recently out of a 14-day managed isolation – beat the previous record of 38 balls set by West Indies’ Deandra Dottin against South Africa in 2010.

Devine, 31, powered 108 not out from only 38 balls for Wellington Blaze against Otago Sparks with her innings containing nine sixes and as many fours.

Her knock also featured the fastest T20 century in New Zealand in either men’s or women’s cricket, beating Tim Seifert’s 40-ball effort for Northern Districts against Auckland in Mount Maunganui in 2017.

Speaking after the match, Devine told Spark Sport: “I was really nervous this morning.

“Whenever you have a bit of an extended break away from the game you get nervous about [whether] you can come back into it, so it was just [nice] to spend some time in the middle and get a few out of the screws.”

Devine powered Blaze to a 10-wicket victory in just 8.4 overs after Sparks had posted 128-7 after electing to bat.

Devine added: “I felt I knew where they were trying to bowl so if I could manipulate myself around the crease, I could open up areas of the field.

“I’m pleased with the way it went. Sometimes I can get a little bit carried away, get a bit over eager and play some rash shots, so it was nice to stick to some decent cricket shots and finish the job.”