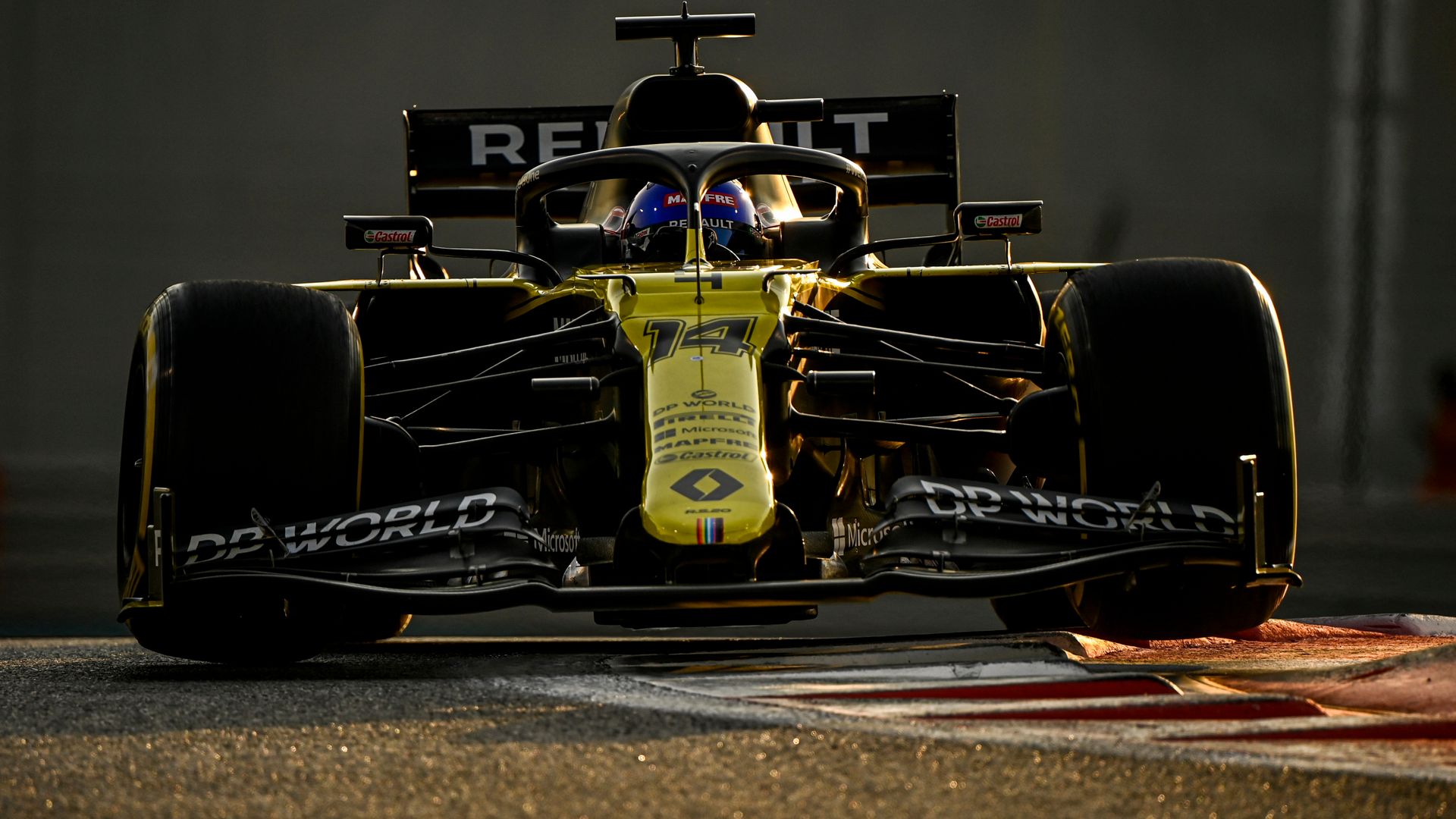 Fernando Alonso gears up for F1 2021 return by topping the timesheets on F1 2020’s final day, and with a faster time than Renault managed in Abu Dhabi GP qualifying; Yuki Tsunoda and Mick Schumacher also in action for AlphaTauri and Haas

Fernando Alonso left his mark on the final day of track action in F1 2020 by topping the timesheets in Abu Dhabi’s ‘young driver test’ for Renault.

The double world champion, who is returning to the grid next season after two years away, had been given special dispensation by the FIA to run in the one-day test despite his vast experience, using it as crucial preparation for 2021.

And as well as racking up over 100 laps, Alonso set an impressive fastest time of the day, a 1:36.333 – which was faster than what Esteban Ocon and Daniel Ricciardo managed in the RS20 in Yas Marina’s qualifying last weekend.

“It was good and very nice to be back in the car especially with the race team,” said Alonso after his first official day in the 2020 car. “I’ve been testing the 2018 car in preparation but this one felt a bit more serious and it ignited a little bit the competitive spirit. It was great to feel the modern cars and experience what they can do.

“We signed off lots of basic things we did in preparation at the factory like seat fitting, pedal position and so on, which is beneficial with only one and a half days of winter testing next year. We ticked boxes today and we go into Christmas and New Year with good spirit and everyone motivated in the team.”

Alonso split the work in the Renault with Formula 2 driver Guanyu Zhou, who finished down in ninth.

The Spaniard was followed on the timesheets by Mercedes’ Nyck De Vries and Stoffel Vandoorne – who form the Silver Arrows’ Formula E line-up – although they were the only two drivers within a second.

Robert Kubica, another experienced driver, was fourth for Alfa Romeo, ahead of Yuki Tsunoda – the highly-rated Honda-backed starlet who is tipped to replace Daniil Kvyat at AlphaTauri next season.

Mick Schumacher, whose 2021 presence has already been confirmed with Haas, propped up the timesheets but completed 125 laps.

Only nine of the 10 teams were in action on F1 2020’s final day of track running, with McLaren deciding against it, and there were several other young drivers handed an opportunity.

Callum Ilott, another Ferrari junior – who narrowly missed out to Schumacher for the F2 title – drove the Alfa Romeo, and there was also another chance for Jack Aitken to impress for Williams following his F1 debut in Bahrain earlier this month.