Youtube star Logan Paul was shocked when his manager advised him that a deal was finalized for an exhibition fight with former five division champion Floyd Mayweather.

There were many who were caught off-guard when Mayweather, 43-years-old, announced that he was facing Paul in an exhibition on pay-per-view, on February 20.

Mayweather retired from the sport in August of 2017, with his unbeaten record of 50-0, after stopping UFC superstar Conor McGregor in ten rounds at T-Mobile Arena in Las Vegas. 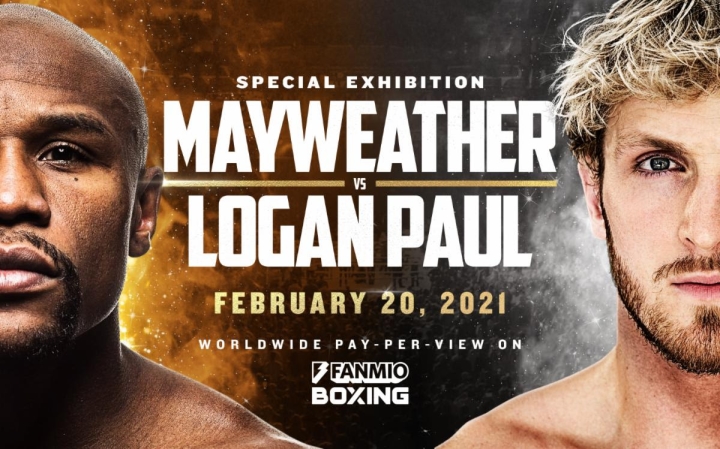 Paul, 25-years-old, made his pro boxing debut in 2019 – when he lost a close six round split decision to Youtube rival KSI.

Mayweather’s decision to face Paul, who has a massive following on social media, was influenced by the recent financial success of the Mike Tyson vs. Roy Jones pay-per-view – which saw at least 1.5 million buys for an exhibition fight between two retired boxers in their 50s.

Paul is a massive underdog – even with a big advantage in size and at least 50-pounds in weight.

He views the Mayweather deal as the greatest accomplishment of his life.

“None of this is comprehensible,” Paul said to Food Truck Diaries. “This makes no f–king sense. My manager, [this] is months ago, comes up to me, he says ‘Logan would you fight Floyd Mayweather?’  I go, ‘I mean yes I would, but why are you asking me that question? Like go do something else, this makes no sense, how is that going to be a thing ever?’

“I think a month later, he approached me with a contract. He said ‘If you sign here, you’re going to be fighting Floyd Mayweather.’ I said ‘Sure Jeff, I’ll sign your fantasy contract. Like f–k you, why would this ever happen?’ I signed it, and then after just months and months of going back and forth and figuring out dates, we had three different dates, and how to announce it, and just like the strategy behind it. It finally came to fruition, and this event that supersedes everything I’ve ever done in my life, is finally solidified.”