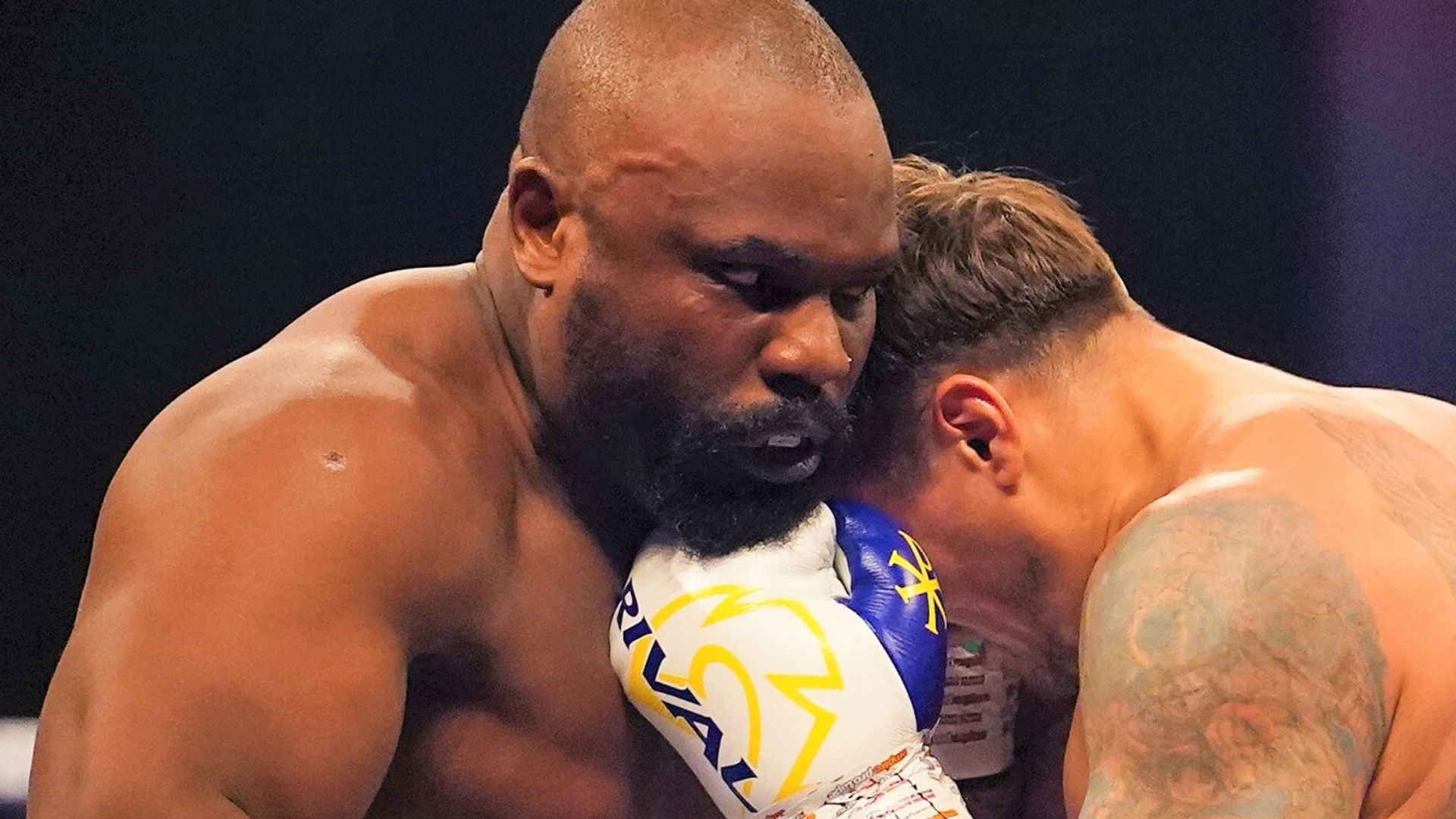 Manager David Haye on Derek Chisora targeting Joe Joyce: “I’m sure Joyce’s team would be salivating at that opportunity. That’s a great fight out there.”

By Richard Damerell and Michael Bridge

Derek Chisora would welcome a big domestic clash with Joe Joyce, who is waiting to find out if he will receive a WBO title fight next year.

Chisora’s manager David Haye is planning the next career move after the heavyweight emerged with credit from a battling points defeat to Oleksandr Usyk in October.

Joyce has moved within touching distance of a world title fight, having stopped Daniel Dubois to secure a No 2 spot in the WBO rankings, but Haye believes the 35-year-old could still be lured into a clash with Chisora.

“I’m sure Joyce’s team would be salivating at that opportunity. That’s a great fight out there.”

A fight between Joyce and Oleksandr Usyk for the vacant WBO belt could be staged next year, if Anthony Joshua opts to relinquish the title instead of fulfilling a mandatory defence against the Ukrainian star.

Joyce has previously shared the ring before with Usyk as an amateur, and would relish a reunion in the professional ranks.

“I hope Joshua does vacate and we’ll fight Usyk – Joe is very confident in that fight as well.”

Even if Joyce is not part of his plans, Chisora has requested a busy schedule in 2021, in a bid to force his way back into world title contention.

“He wants to fight four times in 2021,” Haye said about Chisora, who suffered a points loss to Vitali Klitschko in a WBC title fight in 2012.

“He just wants to get going as quickly as possible, and he doesn’t care who he fights. As long as they are big fights, meaningful fights, he’s good to go. “That’s music to my ears. It makes it very easy for me as a manager to navigate his trajectory to a heavyweight title. That’s always the plan.

“The heavyweight division is looking really bright at the moment, it’s looking really healthy and Derek Chisora is a part of it, so it’s very important who the next couple of fights are.”

Promoter Eddie Hearn revealed that he is drawing up a shortlist for Chisora, telling Sky Sports: “He loves challenging himself, he loves being part of these big nights, and he’s always in great fights.

“The search goes on for the new Derek Chisora opponent and I think you will see him in March or April time.”