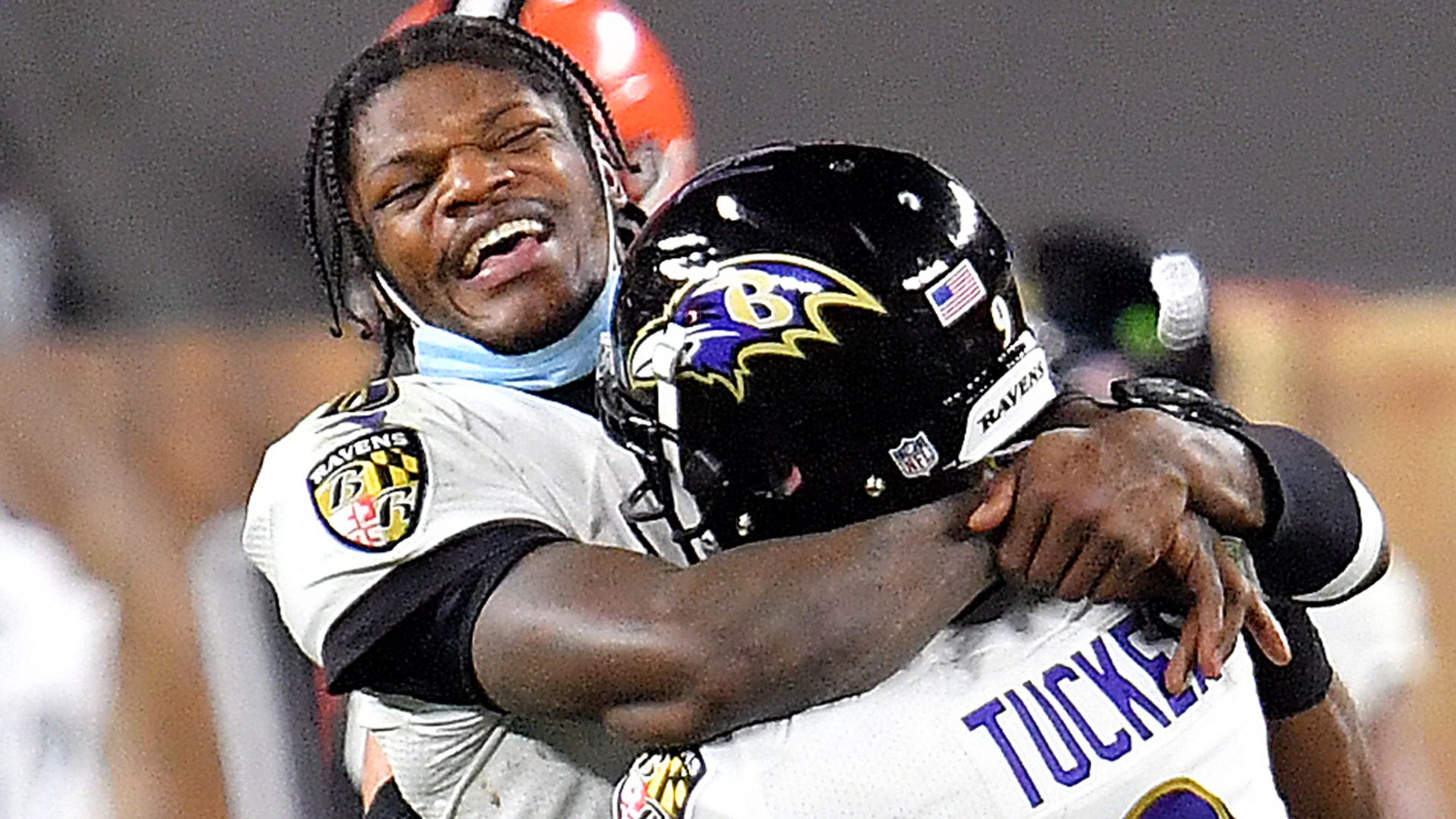 Jackson rushed for 124 yards and two touchdowns on nine carries and completed 11 of 17 passes for 163 yards and a big touchdown as Baltimore (8-5) completed a season sweep of the Browns to move within one game of second-place Cleveland (9-4) in the division.

Jackson missed most of the fourth quarter due to the cramps before returning for a fourth-and-five play when backup Trace McSorley injured his left knee with two minutes remaining and Baltimore down 35-34.

Jackson rolled to his right as if he was going to run before tossing the ball to wide-open Marquise Brown, who finished the 44-yard play to put Baltimore ahead with 1:51 left.

J.K. Dobbins converted a two-point run to make it 42-35 but the Browns answered with a four-play, 75-yard drive as Mayfield threw with a 22-yard scoring pass to Kareem Hunt to knot the score at 42 with 1:04 left.

Jackson then moved the Ravens into field-goal range to set up Tucker’s decisive kick before Baltimore added a safety on Cleveland’s game-ending lateral fest.

The Ravens appeared in control when Tyus Bowser intercepted Mayfield with less than five minutes left in the third quarter and returned the ball 17 yards to the Cleveland one-yard line.

The Browns responded with a 12-play, 75-yard drive in which Mayfield tossed a 21-yard scoring pass to Rashard Higgins and followed with a two-point conversion to Donovan Peoples-Jones with 13:36 remaining in the contest.

With Jackson in the locker room getting treatment, Baltimore went three-and-out and was unable to move the ball with McSorley on the field and punted the ball back to Cleveland.

The Browns took advantage and drove 70 yards in 12 plays with Mayfield scoring on a five-yard run to give Cleveland a 35-34 lead with 6:33 left.

Jackson rushed for two first-half touchdowns as Baltimore held a 21-14 lead at the break, with the Ravens adding on another score on the opening drive of the third quarter when Gus Edwards scampered 19 yards for his second score of the game.

The Browns answered with Hunt’s five-yard run but Cody Parkey missed the extra point with 9:06 left in the third quarter.