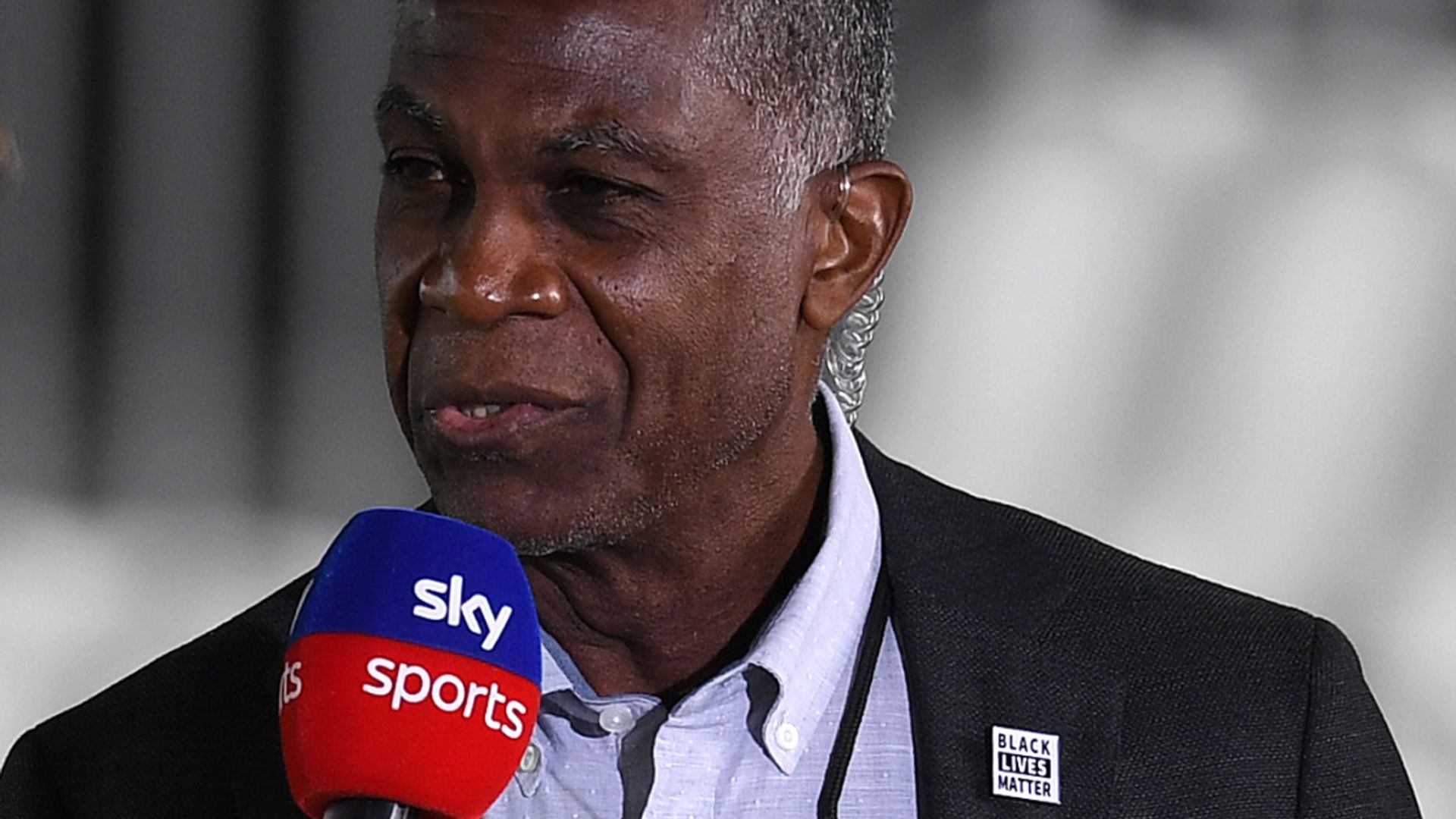 Michael Holding and Ebony Rainford-Brent have been awarded the Freedom of the City of London after standing up against racism this summer; Sky Sports Cricket commentators spoke passionately about systemic racism and the need for change

Michael Holding and Ebony Rainford-Brent have been awarded the Freedom of the City of London after standing up against racism this summer.

The Sky Sports Cricket commentators spoke passionately about racism and the Black Lives Matter movement in the wake of George Floyd’s death in Minneapolis in May.

Former West Indies fast bowler Holding gave an emotional account of the racism faced by his parents, while ex-England Women international Rainford-Brent explained how being “drip-fed” comments about her ethnicity caused her to question her future in cricket.

Holding and Rainford-Brent will be honoured at a virtual ceremony on Tuesday, with the award also taking into account the pair’s cricketing achievements.

William Russell, the Lord Mayor of the City of London, said: “It is entirely right to call out prejudice in all its forms, and Ebony and Michael have taken a courageous stand in speaking out against racism in this country. The granting of the Freedom of the City of London recognises how they have added their voices to the growing global movement to stamp out racism.”

Holding then spoke powerfully about how racial “brainwashing” must end, citing the case of Amy Cooper, who called police after arguing with a black man in New York’s Central Park.

He said: “She threatened this black man with her whiteness, saying that she was going to call the police and tell them there was a black man threatening her.

“If the society in which she was living did not empower her or get her to think that she had that power of being white and being able to call the police on a black man, she would not have done it.”

The former pace bowler went on to highlight the case of Lewis Howard Latimer, the black man who perfected the carbon filament that made the lightbulb possible but is virtually unknown compared to Thomas Edison.

“Can you tell me who invented the filament that makes these lights shine? Nobody knows, because he was a black man and it was not taught in schools. Lewis Howard Latimer invented the carbon filament to allow lights to continue to shine, yet who knows that?

“Everything should be taught. In my school days, I was never taught anything good about black people and you cannot have a society that is brought up like that where you only teach what is convenient to the teacher.

“Until we do that and educate the entire human race, this thing will not stop. We need to teach and re-educate, as a lot of black people in this world are growing up believing that they are lesser than other people and that cannot be right.”

Holding took 249 Test wickets and 142 in one-day international cricket for West Indies between 1975 and 1987 as part of an esteemed bowling attack, while he also played county cricket with Lancashire and Derbyshire.

Rainford-Brent became the first black woman to play for England and went on make 22 ODI appearances and feature in seven T20 internationals between 2001 and 2010.

Rainford-Brent, now the director of Women’s Cricket at Surrey, launched the African Caribbean Engagement Programme (ACE) with Surrey earlier this year in order to offer opportunities in cricket to young Africa-Caribbean boys and girls aged 11 to 18.

The ACE Programme is now being established as an independent charity after receiving £540,000 over a three-year period from Sport England, with Rainford-Brent to serve as the charity’s chair.