The sports streaming company that predicted the demise of pay-per-view in boxing has taken on pay-per-view partners for its biggest boxing event of 2020.

BoxingScene.com has confirmed that the card headlined by the Canelo Alvarez-Callum Smith super middleweight title fight Saturday night at Alamodome in San Antonio will be made available via pay-per-view, as well as through DAZN. If consumers purchase the Alvarez-Smith show through traditional cable operators, they can watch five fights on the Alvarez-Smith card on their televisions and will receive a four-month subscription to DAZN for a suggested retail price of $69.99.

Those that purchase Alvarez-Smith via pay-per-view would receive a redeemable code to watch DAZN from January through April. Even though it defies DAZN’s message for the past 2½ years, its deal with cable operators will make the Alvarez-Smith event available to approximately 55 million cable subscribers in the U.S. and creates another revenue stream to help pay Alvarez and Smith. 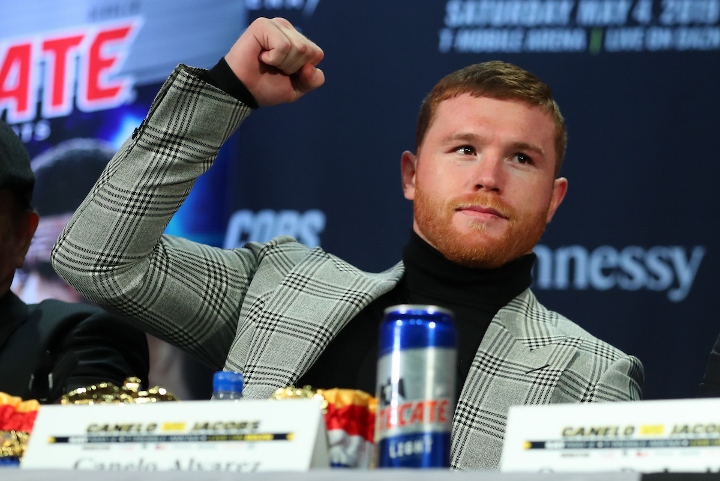 DAZN’s primary strategy behind taking on pay-per-view partners, despite its consistent criticism of boxing’s pay-per-view model, is to make Alvarez’s high-profile fight available to casual and diehard boxing fans that haven’t tried DAZN to this point for whichever reason.

DAZN’s surprising pay-per-view partnership was first reported Tuesday morning by Sportico.com. BoxingScene.com has learned that DAZN could partner with DirecTV, the biggest satellite provider in the United States, in time for the Canelo-Smith event as well.

If viewers watch the Alvarez-Smith card on DAZN, the streaming service with which Alvarez has partnered for his past four fights, it’ll cost significantly less than on pay-per-view. DAZN costs $19.99 per month in the United States or $99.99 for a one-year subscription, which amounts to $8.33 monthly.

DAZN officially launched its boxing program in the United States in September 2018, when it offered a card headlined by heavyweight champion Anthony Joshua’s seventh-round stoppage of Alexander Povetkin from Wembley Stadium in London.

Mexico’s Alvarez signed what was supposed to be an 11-fight contract with DAZN in October 2018 that could’ve become worth $365 million for the four-division champion.

That ill-fated deal effectively ended last month after Alvarez sued DAZN and his former promoter, Golden Boy Promotions, because they couldn’t come to an agreement on his purse for his upcoming fight. The 30-year-old Alvarez wanted the $35 million purse to which he believed he was entitled as per terms of the aforementioned agreement and complete control on approving his opponents.

DAZN did not want to continue paying Alvarez that amount for his fights and repeatedly turned down proposed opponents because it was paying him so much money. Alvarez and DAZN quickly came to an agreement on the Smith fight, however, after Alvarez announced November 6 that his longtime partnership with Oscar De La Hoya’s company came to an end.

Alvarez is not contractually obligated to DAZN following the Smith fight, though he is believed to be open to working with DAZN again after facing Smith. Alvarez (53-1-2, 36 KOs) and England’s Smith (27-0, 19 KOs) will fight for Smith’s WBA “super” 168-pound championship and the vacant WBC super middleweight title.