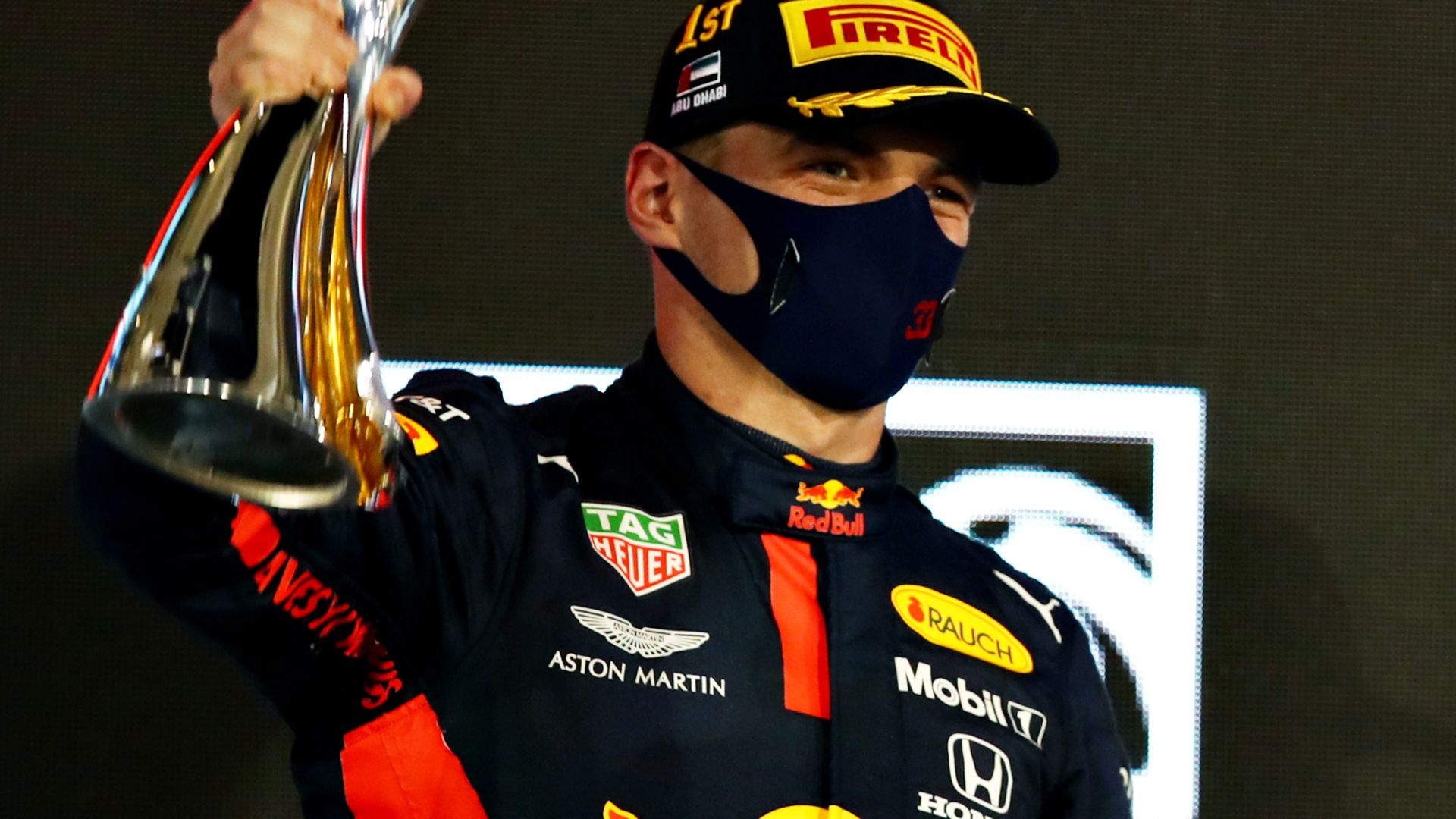 Sky F1’s Martin Brundle delivers his verdict on the season-ending Grand Prix as Max Verstappen surprises Mercedes with Abu Dhabi domination; Plus, on Sergio Perez, Alex Albon, a day of farewells, and the need for a Yas Marina rethink

It was just what we’d been waiting on for a while. Max Verstappen and Red Bull in fine form and showing Mercedes-matching pace thereby promising a big showdown, only for Mercedes to have a very ordinary race and find themselves unable to cope with the young Dutchman from the outset.

This means that the Mighty Mercs failed to win either of the last two races, quite a shock especially in Abu Dhabi where they have totally dominated the hybrid era since 2014, often at a canter.

Verstappen’s qualifying lap was sewn together like the finest garment, truly maximising the potential of his car. Nowadays with the absence of any ‘party time’ extra qualifying modes, and it must be said an ailing Lewis Hamilton still recovering from Covid-19, Mercedes were still expected to be a force to be reckoned with as the floodlights took over duties from the sunset come race time.

It was never to be. Max left the line perfectly, commandeered the first corner nicely on line with good forward momentum, and led every lap thereafter to win by 15.9 seconds, while even suggesting turning the engine power down, to which his engineer Gianpiero Lambiase said “negative”. There’s a reversal for you.

The only hiccup in the Red Bull masterplan was the early pit-stop on lap 10 of 55, when first the virtual and then actual Safety Car was deployed due to Sergio Perez’s stricken Racing Point remaining immovable due to transmission problems, which prevented the marshals simply wheeling it away from the very sensible place the Mexican had parked it up.

Not only did this deny us another potentially fine Perez drive through some of the field having started at the back after engine penalties, entertainment which would at least have helped the lacklustre spectacle somewhat, but it also generated the reward of a ‘cheap’ pit stop while the pace slowed the field thereby generating an avalanche of stops for 14 of the remaining 19 runners.

This meant the hard compound tyres mostly attached to the axles of those pitting would have to endure 45 laps to the end, which at least introduced some ‘will they or won’t they last’ jeopardy.

The outliers who thought there was a better way were Ferrari with both Leclerc and Vettel, Alpha Romeo with both Raikkonen and Giovinazzi, Haas with Magnussen, and Renault with Ricciardo who like some others had started on hard tyres.

Without the benefit of another timely safety car, only Ricciardo remotely made this work with some fine consistency until pitting on lap 39 and going on to finish seventh. With Esteban Ocon in ninth, this would consign Renault to fifth in the Constructors’ Championship.

Daniel did, however, steal the fastest lap championship point on the final tour, thereby preventing his old nemesis Verstappen from claiming a grand slam consisting of pole position, lights-to-flag victory leading every lap, and the fastest lap.

Ferrari would end up a lowly 13th and 14th over a lap behind. With senior management retirements and illnesses and a slow car, these are really challenging times for the Scuderia. Hopes now hang on a dramatically improved power unit and aerodynamics for 2021.

And a dynamic new boss to replace Louis Camilleri, who stepped down with immediate effect, will be a very important decision for Ferrari to create the calm leadership they desperately need right now. Ferrari did not lead a single lap in 2020.

Alex Albon had arguably his strongest day all season from a team perspective, passing Lando Norris with a nice move and then staying well within the pit stop window of both Mercedes, which took away their opportunity to try something different with one car on a second stop in order to try to destabilise Verstappen’s metronomic progress out front.

Albon was the fastest car on track in the final quarter of the race and closed to within a second and a half of Hamilton, and four seconds of Bottas who finished second. For those in the team keen to retain Albon next season, it provided timely ammunition.

McLaren had a great day in fifth and sixth thereby sealing an important and lucrative third in the championship, benefiting from Perez’s retirement and Lance Stroll’s single point down in 10th position. Racing Point’s 15-point penalty for copying the 2019 Mercedes rather too well cost them dearly in this respect, finishing seven points behind McLaren.

It was very much a day of farewells.

Seb Vettel moves from Ferrari to Racing Point, which itself morphs into Aston Martin. Riccardo moves from Renault to McLaren, with Carlos Sainz vacating from there to Ferrari. Romain Grosjean and Kevin Magnussen, and most likely Daniil Kvyat, will leave F1 for now, and possibly Perez too if Albon keeps his drive.

Renault will step back and defer to their sporty sister brand Alpine as team entrant from 2021 and Aston Martin finished their long-term deal with Red Bull in order to name their own team.

And, of course, we still await official confirmation that both Lewis Hamilton and Toto Wolff will remain at Mercedes-Benz. But that should be a formality over the short close season.

What to do about the Yas Marina?

Abu Dhabi’s Yas Marina is probably the most beautiful racetrack in the world, especially under the floodlights. Given the whole venue and nearby hotels were in full lockdown in a clearly defined biosphere for us to strictly operate within, and with few boats in the marina and absolutely zero crowd, it was a rather desolate experience.

That’s a very temporary problem hopefully, but the racetrack layout is not and that’s an issue because other than DRS passes we rarely saw organic wheel-to-wheel action.

In theory, it should work well given that the turn seven hairpin is followed by a long straight, a slow chicane, another long straight and a slow double chicane.

The problem is there are simply too many off-camber corners which exacerbate the aerodynamic problems of following other aero-laden cars, and the first and third sectors are largely ‘follow the leader’. The final sector especially always demands tyre-temperature management.

In four of the last six GPs here, the top three on the grid have finished in the same order, and it’s the sixth consecutive Abu Dhabi race to be won from pole position. This track played a key role in the creation of the DRS rear wing concept after Fernando Alonso lost the 2010 world championship in his Ferrari stuck behind Vitaly Petrov’s Renault for most of the race.

It’s time for a rethink in the layout and cambers.

And so, remarkably, F1 delivered 17 races in 23 weeks commencing in July. The paddock had a total of 76,000 Covid tests, and that won’t include many others privately undertaken. With less than 1 in a 1000 positive, sadly including three of the 20 drivers, and strict protocols in place, I’m sure that F1 has plenty of data and reassurances for countries and venues as we now turn our attention to the quickly incoming 2021 season.

I wish you a Happy Christmas and a Prosperous New Year, where allowed. I hoped you enjoyed the 2020 F1 season as much as I did.