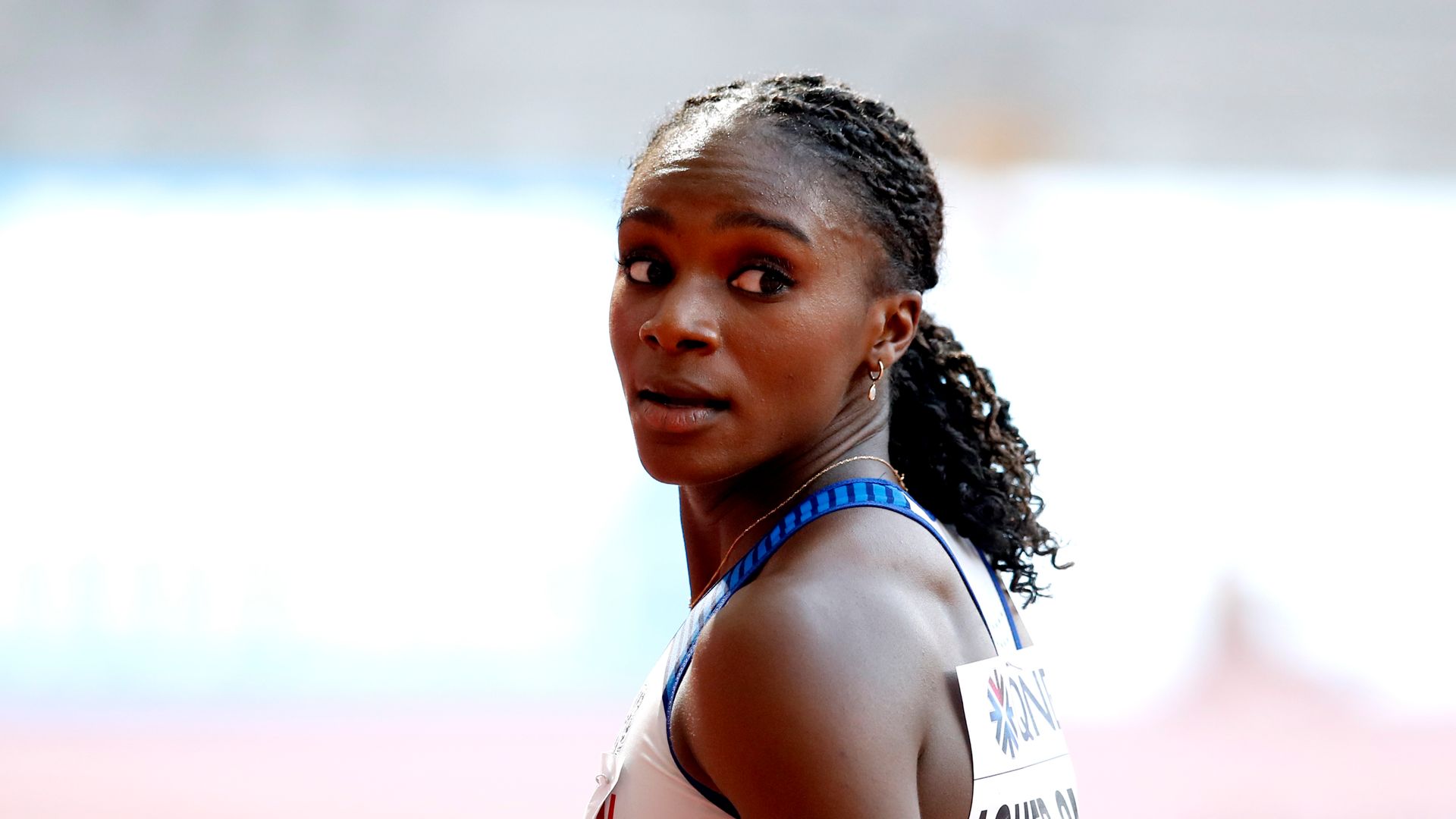 The series, which continues on Tuesday at 9pm on Sky Sports Mix, explores the making of athletes and the driving forces behind their success. The fourth episode focuses on Dina Asher-Smith, with future episodes featuring Natasha Jonas and Christine Ohuruogu.

In the latest episode of the Sky Sports docuseries Driving Force, Dina Asher-Smith discusses body image and her sadness at young women’s anxiety around having athletic physiques and developing muscles.

Asher-Smith, who has just turned 25, already has five European medals, five World Championship medals and an Olympic medal to her name.

In 2018, a stunning competition at the World Championships in Doha saw her career take another huge step forwards. Silver medals in the 100m and 4x100m relay events added to an individual gold in the 200m.

Needless to say, when the next Olympics takes place, she’s hotly tipped to excel on the greatest track stage of them all.

Asher-Smith, who was a kit carrier at London 2012 including on Super Saturday, has now stepped into the shoes of the athletes who inspired her at that Games.

Her achievements on the track are considerable, but what sets Asher-Smith apart is her energy, personality and the fact that she’s as ‘current’ as can be.

The sprinter’s social media feeds not only highlight her love for her sport and desire to work hard to achieve her goals, but it also houses images of her modelling, posts which highlight new outfits she loves and motivational quotes.

Every day she shatters the stereotype that athletic women can’t also love ‘girly’ things like make up and fashion.

Asher-Smith isn’t shy at speaking about topics which are important to her – ‘difficult’ or ‘taboo’ subjects are not off limits for this 25-year-old. Instead, she addresses them head on and hopes that others will take something from her words.

In this episode of Driving Force on Sky Sports, amongst other areas, she shares how her and coach John Blackie talk openly about high performance sport and periods. Plus, she highlights what younger athletes are saying to her about their body image concerns.

“It makes me sad when I talk to younger girls about staying in sport and they get very nervous around sweating, showing muscles and things like that,” Asher-Smith says to Judy Murray.

“When they say that, I always think they’re talking about their body, which is a beautiful thing. You can achieve so many amazing goals and get such amazing opportunities, if you work hard and apply yourself to things.

“I think that it’s really upsetting and sad that something, so arbitrary and so silly as aesthetics, would want to stop people doing that.

“Getting muscles is a point of anxiety for some young women. That’s why, when I’m doing photoshoots, if I can and it works artistically, I always try to show my muscles and showcase my shoulders.

“I want someone to look at a poster, think that they look like that too and it’s fine because she’s on a billboard. It might seem like something really small and inconsequential but to a lot of girls, it really matters.

“I so often hear the words, I really want to do this, but I’m scared that my arms are going to get too big. I just think, it doesn’t matter; there’s no such thing as arms which are too big. If your body will allow yourself to go to that size naturally, then it’s fine.”

When I was growing up there wasn’t many dolls that looked like me full stop, let alone one that represented what I wanted to be without compromising musculature and smaller features like make up + jewellery. pic.twitter.com/oFed8Bkd6N

“I never really judged my body for what it looked like,” she adds.

“From such a young age I’ve been trying to get better, faster and stronger. I was always trying to improve on how fast I could run 100m, how much I could squat in the gym or how many pull ups, if any, I could do!

“To me, my body has always been a tool and a way for me to express myself. It was only a few years ago when I started doing things in other sectors, that I realised that thinking like that, wasn’t the norm.”

“Sometimes I’ll pull on jeans, obviously I’m an athlete and the jeans won’t get over my thighs. I’d never be upset by that; I just take the jeans off and think: ‘Stupid jeans,’ before finding another pair.

“I’ve never seen my body like that [negatively]. My body has given me so many amazing opportunities in life; I’ve been able to go to so many places, race, meet so many fantastic people and achieve so many things.

“I’ve been able to accomplish my dreams through what my body can do. So, as to what it looks like, I don’t care.”

Watch the full episode of Driving Force with Dina Asher-Smith at 9pm on Sky Sports Mix. It will also be available On Demand via Sky and NOW TV.