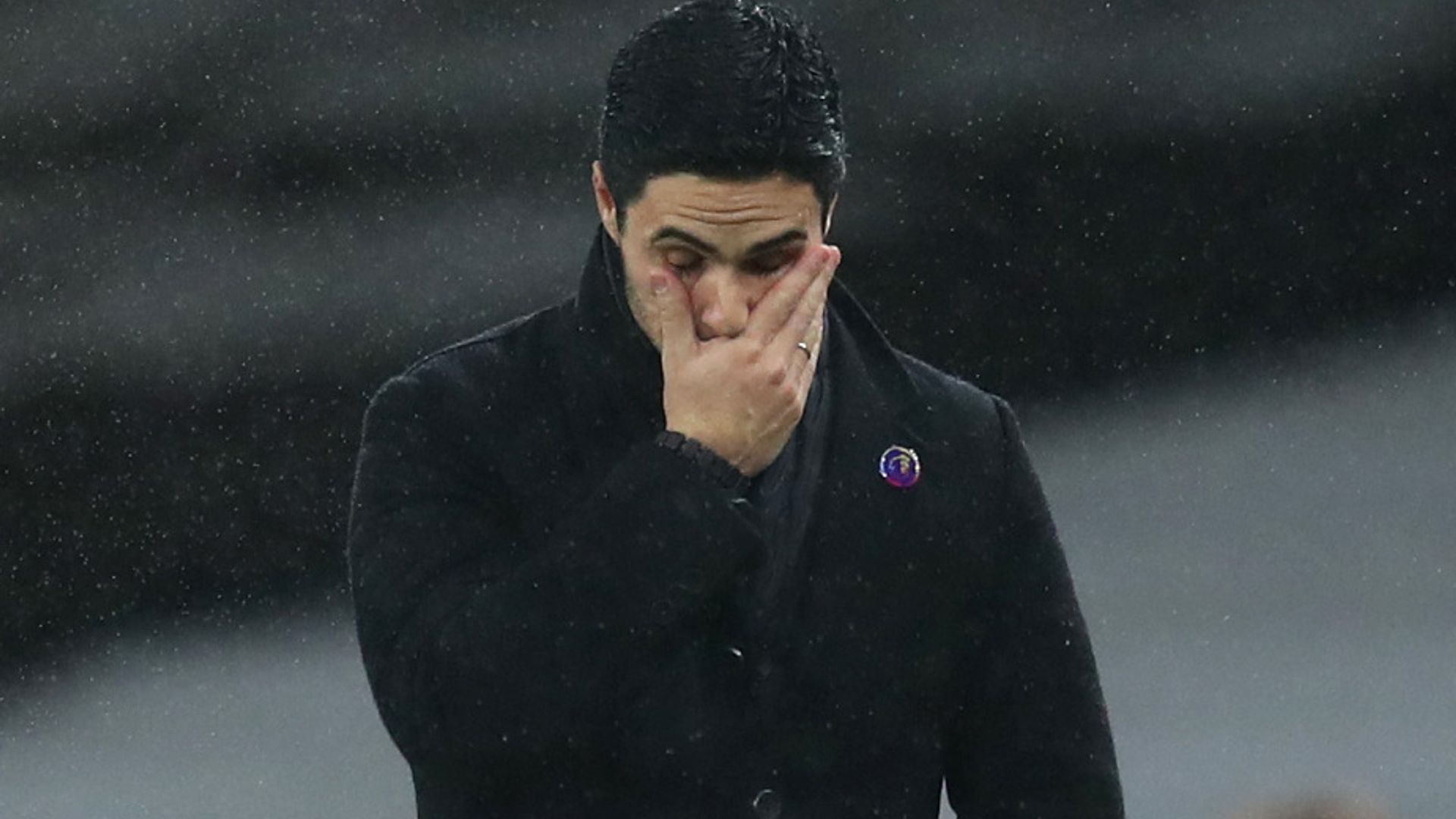 Mikel Arteta admits he must “take the bullets” for Arsenal’s poor form and has urged his players to put their bodies on the line to arrest the Gunners’ slump.

Arsenal went down 1-0 at home to Burnley on Sunday to record their third successive loss in the Premier League.

Arteta’s side have won just one of their last eight games in the competition and lie 15th in the table – just five points above the relegation zone.

The Gunners’ form has led to questions over Arteta’s future – just 12 months after he replaced Unai Emery – and he knows he must accept the criticism coming his way.

He said: “This is our reality right now and we have to face it by being brave, fighting, and no-one giving up. It’s not time to hide – it’s time to put your face and your body on the line.

“What else can I do? Put my head down, work harder, and try to improve.

“It’s natural. I accept it and it’s part of the job. When you are not getting results, it’s the manager who has maximum responsibility. That’s why I accept because you can say whatever you want to explain, but at the end, you have to win football matches.

“This club is too big to accept this many losses in the last weeks. My chest is here – hit me, guys.”

Arsenal technical director Edu has asked fans to believe in Arteta and insists results on the pitch do not tally with what he is seeing on the training ground.

The Brazilian also warned any disgruntled supporters the club will not be splashing the cash during the January transfer window in an attempt to remedy their current poor form.

Asked if he feels Arsenal fans should relax, Edu said: “Relaxing is too much. Just believe. Internally here, listen, we are doing well.

“My main message is that we are not talking about only one person. It is unfair to talk about Mikel, or [Pierre-Emerick] Aubameyang because he is not scoring goals, or [Bernd] Leno because he has to stop the goals.

“The way I see things is very simple. It’s normal and easy to be driven by the results. But for me, the main point is when I see something in which I can see the future, see where we go, the way we’re building things, starting to see it on a daily basis.