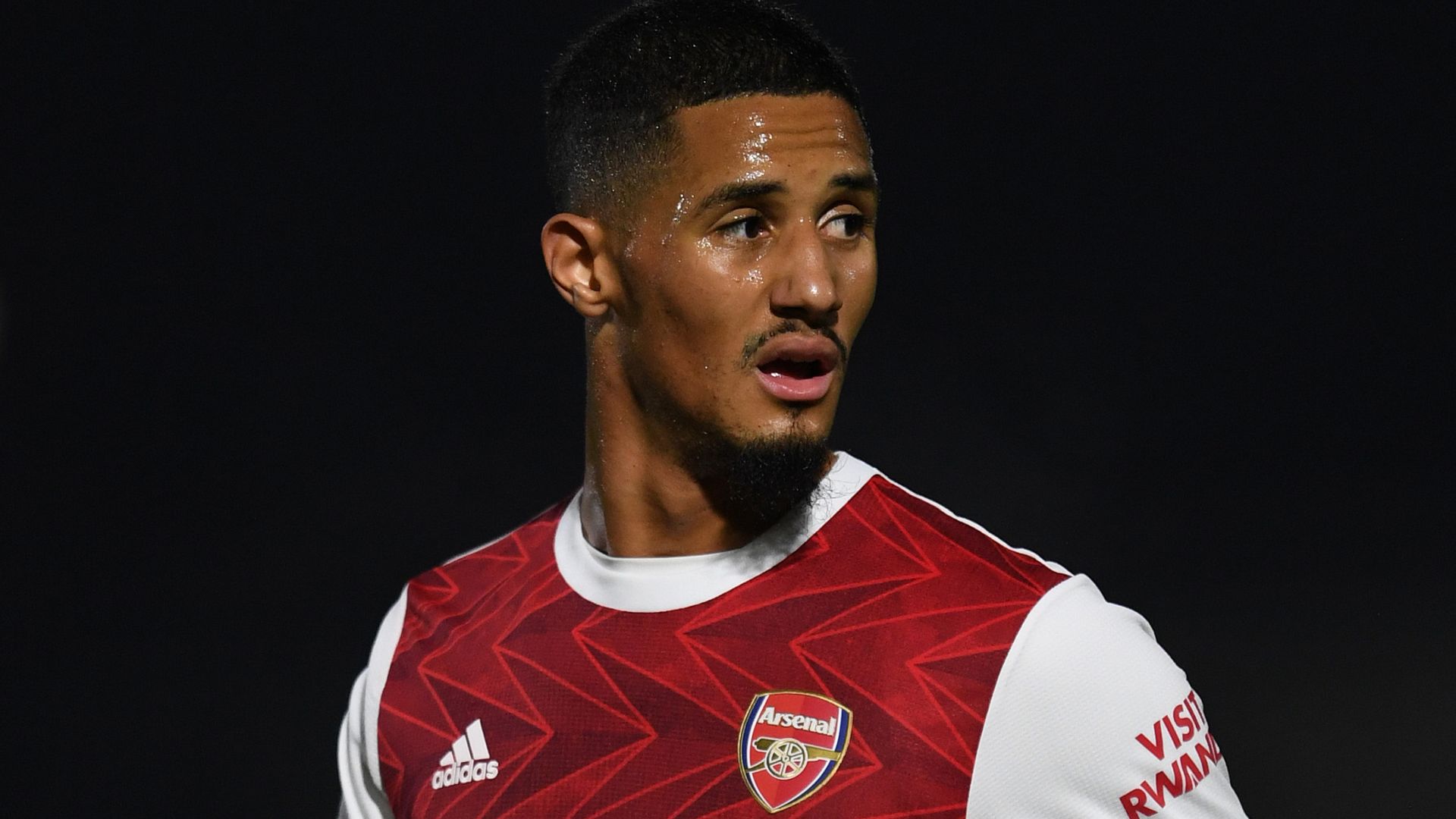 Arsenal are willing to send centre-back William Saliba out on loan in January.

The France U20 international is yet to make a senior appearance for the club since returning from his immediate loan spell at former side St Etienne.

Sky Sports News understands Arsenal are open to offers for the 19-year-old in order for him to get regular first-team football.

In October, Saliba was left out of Arsenal’s squad – a decision boss Mikel Arteta said was “hurtful” to make.

“I feel really bad for William Saliba,” Arteta said at the time. “Because we had so many central defenders, we decided to leave him out of the squad which was really hurtful for me to do.”

Saliba has featured twice for Arsenal U21s in the EFL Trophy this season, with his last appearance coming in the 3-0 defeat away at AFC Wimbledon in December – a game in which he was sent off for two bookable offences.

Arsenal have endured a poor start to the 2020/21 Premier League campaign and Sunday’s 1-0 home defeat to Burnley left them in 15th place in the table – just five points above the relegation zone.

Arteta: I must ‘take the bullets’ for Arsenal form

Ahead of Wednesday’s home against Southampton, Arteta admitted that he must “take the bullets” for Arsenal’s poor form and urged his players to put their bodies on the line to arrest the Gunners’ slump.

He said: “This is our reality right now and we have to face it by being brave, fighting and no one giving up. It’s not time to hide – it’s time to put your face and your body on the line.

“What else can I do? Put my head down, work harder, and try to improve.

“It’s natural. I accept it and it’s part of the job. When you are not getting results, it’s the manager who has maximum responsibility. That’s why I accept because you can say whatever you want to explain, but at the end, you have to win football matches.

“This club is too big to accept this many losses in the last weeks. My chest is here – hit me, guys.”

Arsenal in crisis: How low can they go?

How much pressure is Arteta under? Just how low can Arsenal go? The Pitch to Post podcast panel discuss the crisis at the Emirates.

The Gunners were beaten 1-0 by Burnley on Sunday night, thanks in large part to Xhaka’s sending off for grabbing Westwood by the throat, meaning Arteta’s side have just 13 points from 12 games.

This was the first time Arsenal have lost four in a row at home since 1959, it was Burnley’s first top flight win over Arsenal since 1974, and Arsenal’s 10 goals from 12 Premier League games is their lowest return since 1981. A truly record-breaking season for all the wrong reasons so far for Arsenal.