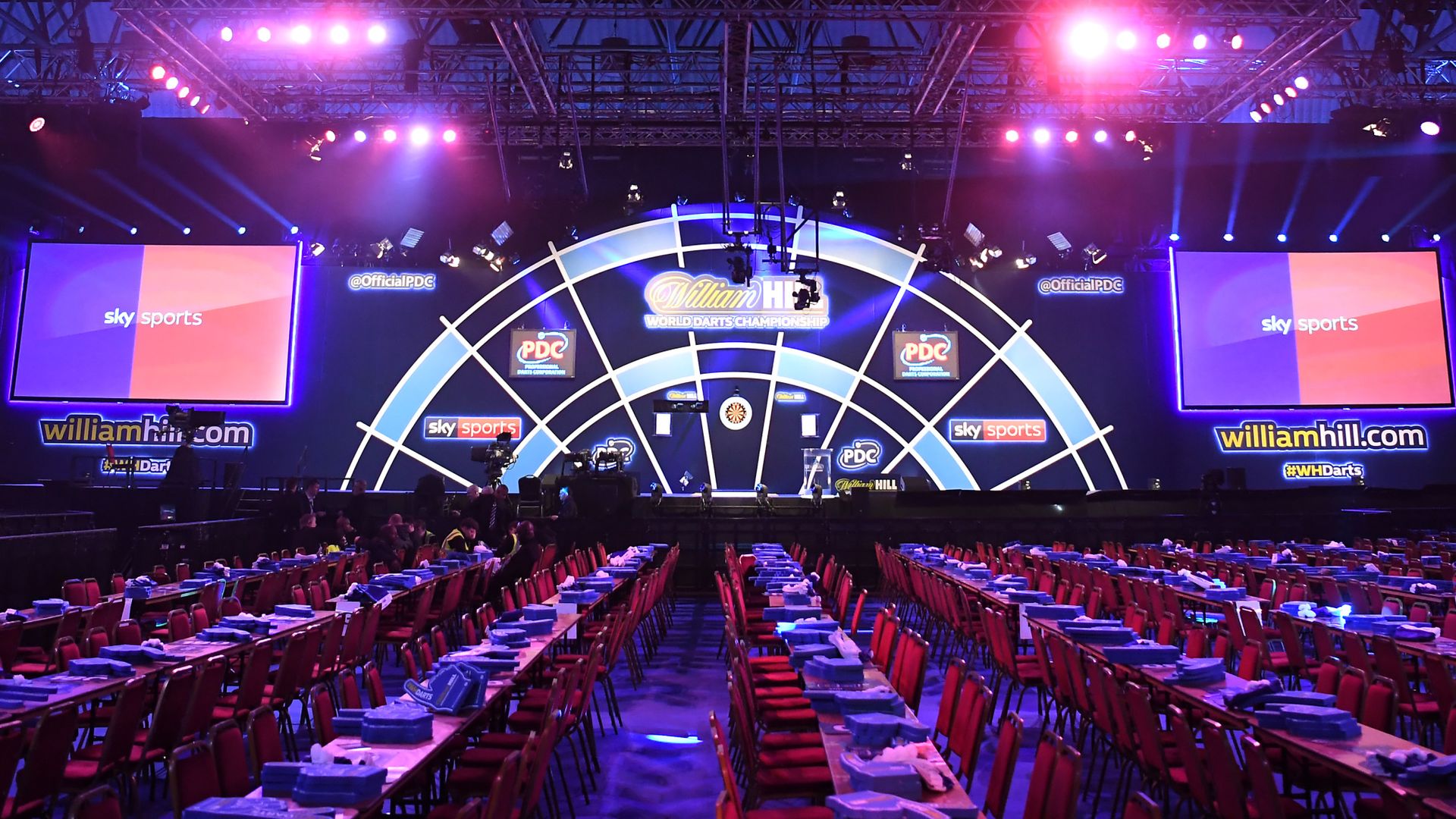 London will be placed into Tier 3 restrictions from 0001 on Wednesday, December 16, which will prevent fans from being able to attend the World Championship after Tuesday’s opening night; 96 of the world’s best players will compete for the sport’s biggest prize across 16 days of darts

The World Darts Championship will go behind closed doors from Wednesday morning although fans will be present at Alexandra Palace for the opening night on Tuesday.

London’s move into the highest tier of coronavirus restrictions from Wednesday will impact the capital’s sporting events, including the Worlds, which starts on Tuesday – live on Sky Sports.

The PDC had planned to have 1,000 fans in attendance, but the sport’s biggest event will now also be largely a fan-free zone.

That decision will be subject to a review on December 23, with a further announcement in relation to tickets for the post-Christmas action in the World Championship to be made in due course.

Taking place from December 15-January 3 over 28 sessions, the event will once again offer the winner a life-changing £500,000 prize along with the coveted Sid Waddell Trophy.

The pre-Christmas period will see the first and second rounds played across nine days from December 15-23, with reigning champion Peter Wright to compete on the opening night against either Steve West or Amit Gilitwala.

Tickets for Tuesday, December 15 and from Sunday, December 27 onwards can still be purchased from SeeTickets.

All fans who had a ticket booking for the sessions from December 16-23 will automatically be refunded by SeeTickets for the face value of their tickets to the payment card from which they made the purchase.

You won’t miss a dart this Christmas thanks to the dedicated Sky Sports Darts channel which returns from December 15 until January 4 for every session from the World Darts Championship, including the final on Sunday, January 3. Check out daily Darts news on skysports.com/darts, our app for mobile devices and our Twitter account @skysportsdarts