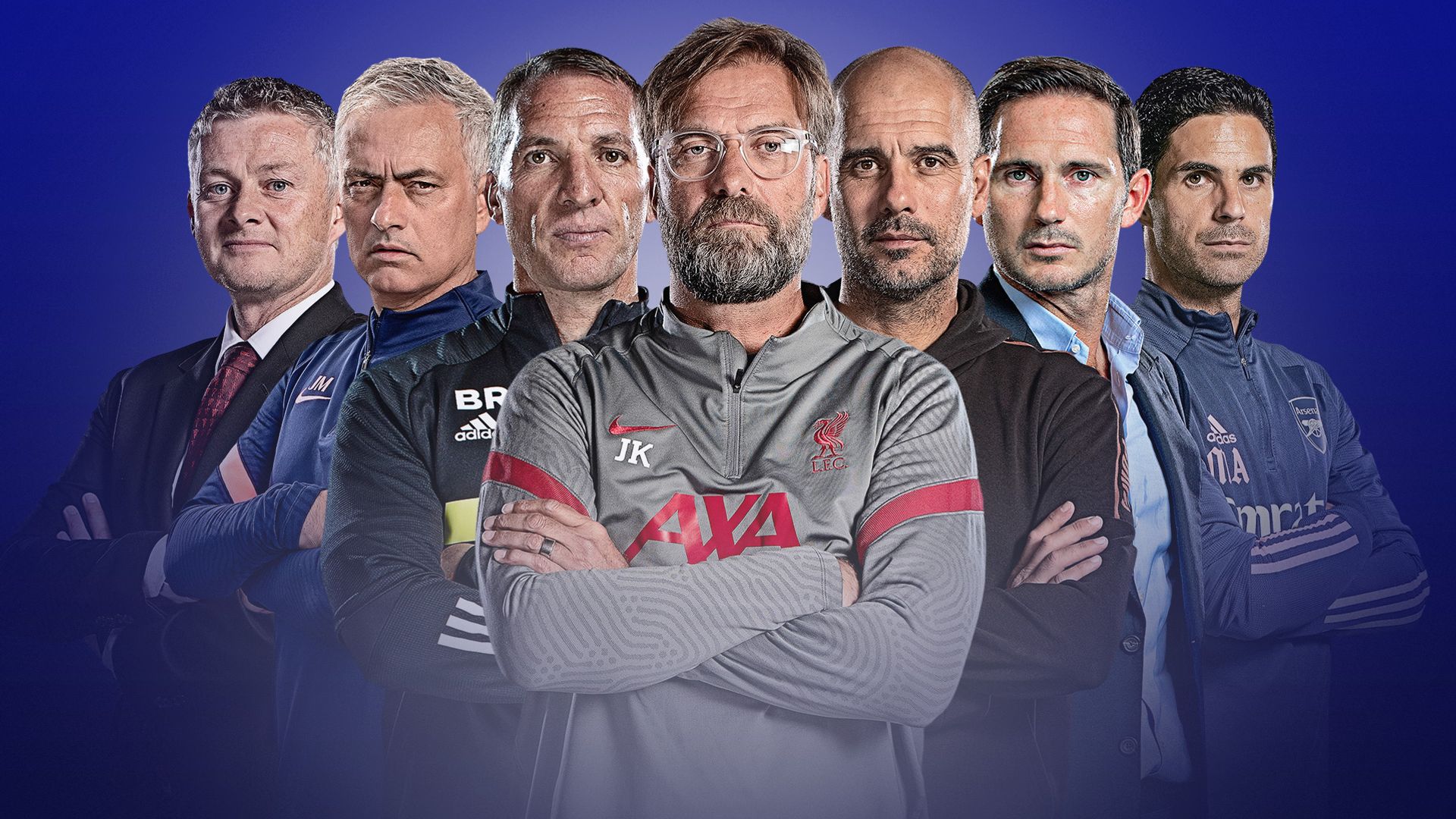 Wolves to make it a bad week for Chelsea? Jones Knows is back with predictions and betting angles aplenty for every Premier League game.

Chelsea are an improved unit this season, don’t let the Everton game fool you. It was just a minor bump.

However, they are a team to be wary of on the road for betting purposes, especially when trading at odds-on – 4/6 with Sky Bet for victory.

Since the turn of the year, Frank Lampard’s team have only won five Premier League games away from Stamford Bridge – 11 teams have won more. It is a run of results which is backed up by their numbers in attack. For example, in their six games on the road this season, their expected goals figure is just 6.49 – only Burnley, Newcastle, Wolves and West Brom have a lower total on the road and, staggeringly, bottom-of-the-table Sheffield United have a higher figure!

Wolves have a terrible recent record vs Chelsea, losing 7-2 on aggregate over the two meetings last season, and have lost back-to-back games in preparation for this one, but their progress, to my eye, and the data still makes them a top-eight ranked team. They have won the ‘xG battle’ in every home game bar the defeat to Manchester City.

If they can soak up the Chelsea possession in the same vein as Everton, their counter-attacking style could hurt Chelsea. At over 4/1 they are the value call.

Manchester City, like Chelsea, were one of four teams beaten at odds-on at the weekend. If it happens again over the next few days, then it will be time to tell 2020 officially to ‘go home, you’re drunk’.

City are one of the shortest priced favourites in the history of the Premier League in this one with 1/16 available for those who just like backing winners. There will be no need for City to play with the Fernandinho and Rodri handbrake in this one – like they did in the mind-numbing draw with Manchester United.

Give the ball to Kevin De Bruyne will be the ploy. His price of 1/4 with Sky Bet for an assist sums up just what a difficult betting heat this one is for anyone looking to get involved.

City will run the Baggies ragged in behind their full-backs and turn this one into a typical home win procession.

The last thing Mikel Arteta needs right now is a revved-up Ralph Hasenhuttl side full of confidence knocking at their door.

If this was a 45-minute match, I’d be happy to side with the Saints. Hasenhuttl’s side are notoriously fast starters and have been ahead in seven of their 12 matches at half-time, scoring 14 goals – no team has scored more.

Meanwhile, when you factor in the lack of confidence within the Arsenal ranks, along with their record of scoring just four times before the break, the 11/4 for Saints to be winning at the break does make sense. However, Southampton do usually wilt when coming under siege late on in games – as seen when blowing a 2-0 lead to Manchester United, shipping three when cruising against Aston Villa and conceding four second-half goals to Tottenham.

As long as Arsenal are still in the game with 25 minutes to go, they should finish strongly. Arteta needs them to.

If Leeds can restrict Newcastle’s ability to win set-pieces, then this should be a pretty comfortable home win.

Marcelo Bielsa’s men were absolutely battered from free-kicks and corners against West Ham but Steve Bruce’s men are nowhere near as potent as the east Londoners in that department. They have only created eight chances from set-plays this season – the second fewest in the league. Plus, no team has won fewer corners and they rank the fourth worst for free-kicks won in the final third.

Despite winning just one of their last six matches, Bielsa’s boys are still playing with the same attacking verve that got them back in the big time and have averaged over 10.5 expected goals in that six-game run. They surely will be too hot for Newcastle to handle.

The next three games may just determine the trajectory of Leicester’s season.

Three positive results against the Toffees, Tottenham and Manchester United could catapult them right into the title mix, especially now the relentless Europa League period has eased off until February. And, based on their controlled and classy performance against Brighton, a good run of results could be around the corner.

The return of Wilfred Ndidi to their engine room is a massive boost – he gives them the security that allows James Maddison to thrive – as he did in the 3-0 win over the Seagulls. Everton will have a plan for him but a confident Maddison playing with a swagger is hard to stop. He can be the match-winner.

Scott Parker’s problem-solving skills are going to make him very employable in the long-term.

With some clever tweaks, Parker has taken Fulham from relegation favourites to a team that more than matched Liverpool on Sunday.

Despite his inexperience, he has quickly built a Fulham side to be feared of in the Premier League, shrewdly working out positions where they needed strengthening and playing players in a system which suits their style. That counter-attacking, yet robust, tactic of play completely bamboozled Liverpool for 45 minutes. That was top-six level football and they have not received anywhere near enough praise for it – all I have heard is about Liverpool’s underperformance.

Parker’s call to play a back five has made them more stable defensively and in midfielder Andre-Frank Zambo Anguissa they might just have one of the best midfielders in the Premier League. The £30m man went on loan to Villarreal last season but Parker has worked wonders to get him fit, interested and firing. His bursts through midfield are impossible to stop at times and only Adama Traore has attempted more dribbles than him this season, while without the ball he ranks second in the Premier League for possession won (87) – only Allan (100) has won the ball back more for his team.

With Anguissa at the forefront, a repeat performance by Fulham to the Liverpool one in terms of their intensity and clever movement in the final third could leave flaky Brighton, who have won just five games in 2020, seeing stars.

I will be on live blogging and match reporting duty at the London Stadium for this one. And I have never been more pumped for a West Ham vs Crystal Palace fixture. Mostly because I will be getting out of the house – but the game itself has the hallmarks of a shackle-free encounter involving two teams without the usual stresses of looking over their shoulders.

In the last five Premier League fixtures, no team have had more shots on goal than West Ham (53), winning four of those to boot. It highlights just how comfortable the Hammers are in their skin under David Moyes.

However, Palace should be able to stand up to the physicality associated with West Ham these days and are playing some free-flowing football of their own in the final third. Along with Southampton, Liverpool and Manchester United, Palace have scored 10 times in their last five fixtures with the emergence of Eberechi Eze making it easier for Wilfried Zaha to find space – he is 12/5 to score anytime and should give you a good run.

Surely, Jose can’t do it again? Can he?

In the last four fixtures Tottenham have had the fewest number of touches in the opposition box of any team in the Premier League (44), yet, they have beaten Manchester City and Arsenal, drawn with Chelsea and were a Vicente Guaita last-minute masterclass away from three more points at Crystal Palace.

During that period, no team has conceded more touches to the opposition in their own box than Tottenham, too.

Man City, Chelsea, Arsenal and Palace all had a combined 128 touches in the Spurs box but Mourinho’s side came out the other side with just one goal conceded and even that came via an unforced error by Hugo Lloris. We are talking peak Jose Mourinho here.

However, I am really struggling to fathom how they will be able to allow Liverpool so much territorial advantage without getting punished.

Since the start of last season, no Premier League player has had more efforts on target from inside the box than Mohamed Salah (68) and only Jamie Vardy has netted more goals than the Egyptian from that location (29). If Salah gets a chance to work an effort on goal from close range, he is skilful enough to find the gaps between the Tottenham defenders flying his way.

Spurs will make it a frustrating evening, but Liverpool will find a way through in what should be a low-scoring encounter.

There is a trend developing of fixtures between ‘big-six’ rivals producing fewer goals than the market expectation. The Manchester derby 0-0 means the last eight ‘big-six’ clashes this season have seen an average xG figure for total goals of just 1.52 with all eight matches producing fewer than 2.5 goals. It is that time of the season where avoiding defeat is perhaps more important than winning the game and it is resulting in risk-averse football.

Tottenham will be here for the 0-0 but Liverpool will break through late to win in a game with under 2.5 goals. That’s a tempting 4/1 shot.

Burnley are back to their bruising best – but how?

In terms of importance, there is a strong argument to be made that no one man is more important to their club’s fortunes.

If you take out the yearly 5-0 drubbing at Manchester City, Burnley have conceded just one goal and taken eight points in the other four matches Mee has started. Without him in the first six games of the season, Sean Dyche’s men took just one point from six games and conceded 12 times. He is a colossal figure and his axis with James Tarkowski and Nick Pope is among the best in the Premier League.

At the prices available, I am happy to have a Burnley win on my side (17/5 with Sky Bet) as I can see them shutting the door on Villa, who have stalled slightly without Ross Barkley’s influence, scoring just twice from open play in their last three fixtures.

Oh, Sheffield United. How you made me look a fool last weekend.

I had faith that their fortunes would turn at Southampton based on performance data from three or four games ago. But confidence within that squad looks completely shattered – it is now two games on the spin where they have failed to produce an xG above 0.5 and have only registered one shot on target in both those defeats.

Unless Chris Wilder somehow finds a way of playing to revitalise his key players, it is surely curtains for their Premier League adventure now.

United should have no problem swatting aside the basement boys.

And if the ‘it’s just one of those seasons’ narrative continues for Sheffield United then Harry Maguire – born and bred a Blade – looks a shrewd 11/2 investment to score at the place he would call home. Kyle Walker – another product of their academy – scored his first goal for over a year in the win at Bramall Lane and Maguire carries the threat to follow suit.

The United skipper has had more shots than any other defender in the Premier League this season (16) – he is due one.