Parker, who lost his WBO belt to Joshua in 2018, is very confident in Fury’s ability to come out on top.

This past Saturday night at the SSE Arena in Wembley, Joshua retained his WBO, WBA, IBF, IBO heavyweight titles with a ninth round stoppage of Kubrat Pulev. 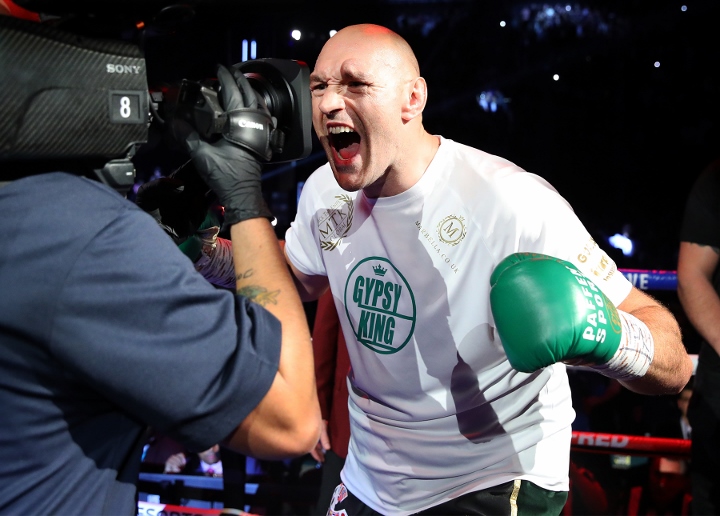 Fury was last seen in action back in February, when he stopped Deontay Wilder in seven rounds to capture the WBC heavyweight championship.

He was scheduled to fight in December, but pushed back his ring return until 2021.

The teams behind Joshua and Fury are planning to begin discussions this week for a full division unification.

“Fury wins that fight. I just think he’s a very smart boxer, he can fight and he’s showed it in his last fight,” Parker told IFL TV.

Fury believes he will end Joshua within three rounds of action.

“If he says that and he believes it then I’m sure he can. You’ve got two champions. Both of them have heart, they can both take a punch and they can both come back from adversity,” Parker said.

“It’s the fight we must see. It’s a fight that should be made and where we can see one champion, one unified champion. I’m not sure what’s holding it up but hopefully everyone comes to terms to make it happen so the world can see a mega, mega fight.”

There are only two hurdles in the way.

Wilder has brought forth a legal action, attempting to enforce a rematch clause for a third fight with Fury. The two sides are now in mediation to resolve the matter.

On the other side, Joshua is being pressed to make a mandatory defense against the WBO’s top man, Oleksandr Usyk. If the WBO rejects Joshua’s request for an exception, then he will have to make the mandatory with Usyk or vacate the title.