Oleksandr Usyk could be offered a deal that would see him box for the vacant WBO heavyweight title just weeks after an Anthony Joshua-Tyson Fury fight to ensure the undisputed world heavyweight title is on the line when the two British fighters box next year.

Usyk, the former undisputed world cruiserweight champion, is the mandatory contender for Joshua’s WBO title and Paco Valcarcel, the WBO president, took to Twitter straight after Joshua retained his WBA, WBO, IBO and IBF titles with a win over Kubrat Pulev at Wembley on Saturday night posting a message for Eddie Hearn, Joshua’s promoter, that seemed to be ordering Joshua to fight Usyk rather than Fury.

“Eddie Hearn knows the meaning of commitment, the ball is in Hearn’s court,” the tweet read. 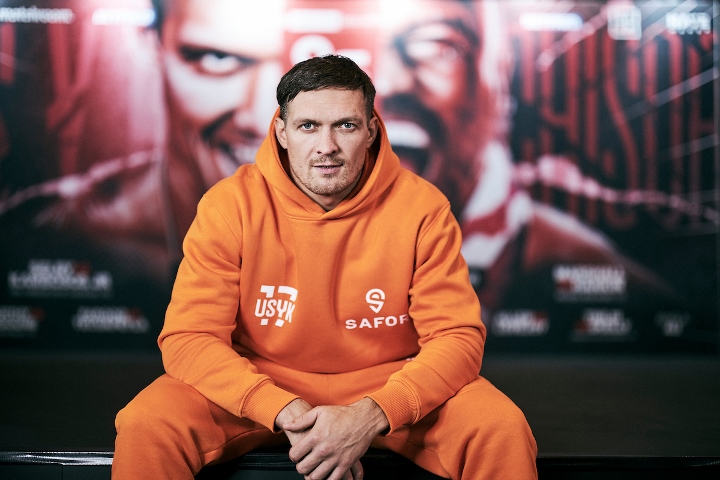 An outline deal for a Joshua-Fury has already been agreed, with both sides taking 50 percent of the pot with an automat6ic rematch clause in place. Hearn has said that late May would be the ideal time for the fight to take place, with Bob Arum, who is Fury’s promoter in the United States, said that he is wants to begin serious negotiations on Monday. Arum has also said he is confident that any legal action by Deontay Wilder aiming to force a third fight with the WBC champion will come to nothing.

Usyk has indicated that he is not interested in taking a stepaside deal and would likely face Joseph Parker or Joe Joyce for the vacant title if the WBO decided to strip Joshua of the title he first won from Parker in 2018. The last time there was a WBO mandatory fight at heavyweight was in 2017 when Parker beat Hughie Fury in Manchester.

Not having the WBO title on the line is not a deal breaker for a Joshua-Fury fight, but it is clearly preferable as it would be the first time that the WBC, WBA, IBF and WBO titles had ever been on the line in one fight at heavyweight.

Hearn has a promotional deal with Usyk and could make him an offer that would see the WBO belt on the line for Joshua-Fury, before the winner drops the belt straight after. Hearn will even suggest to Usyk that a vacant title fight could be pre-arranged to take place a little as two weeks after Joshua-Fury.

Any deal would have to be agreed by both Joshua and Fury, while the WBO would most likely leave the final decision down to Usyk.