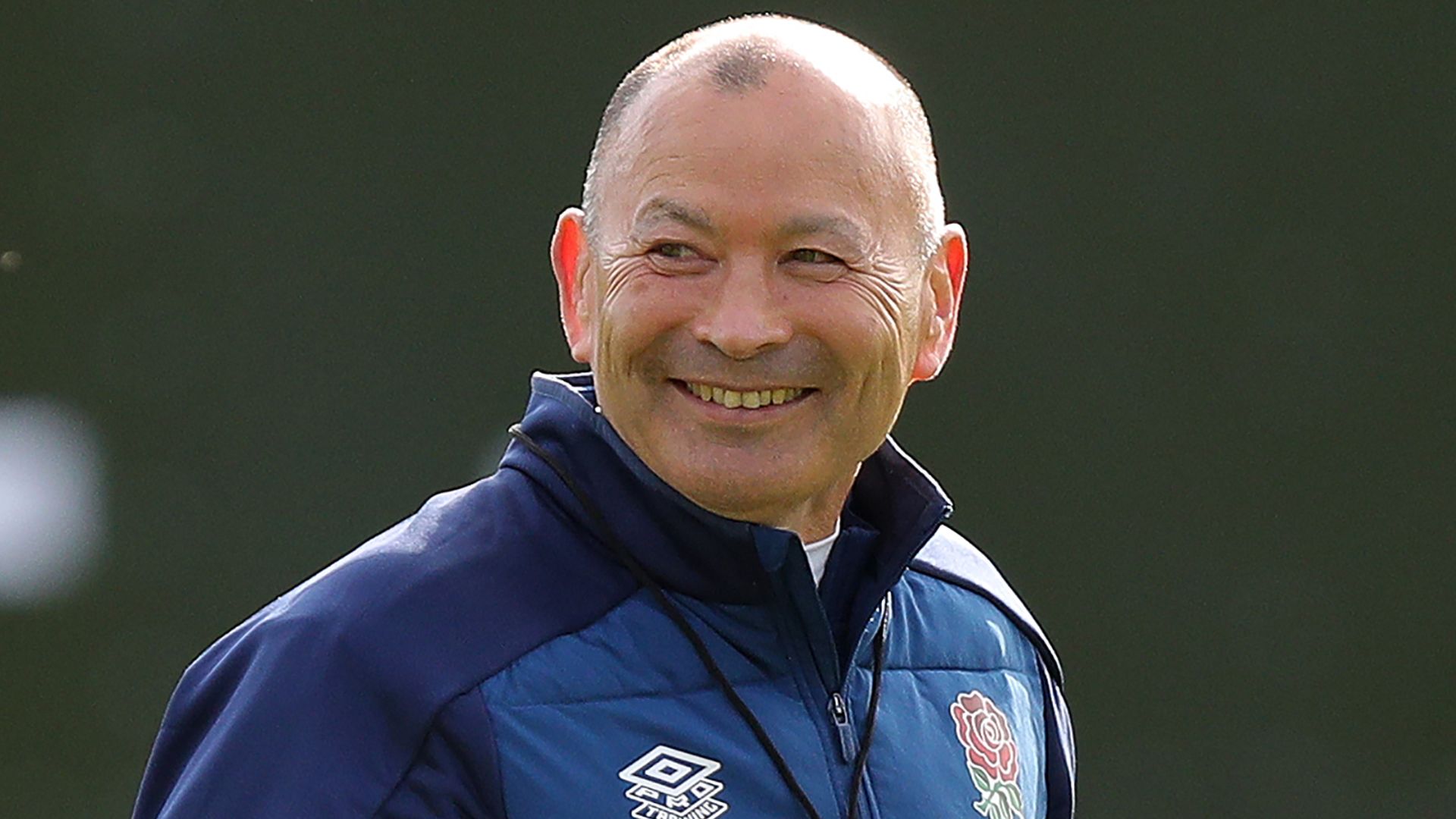 England drawn with Japan and Argentina for 2023 Rugby World Cup; Eddie Jones was coach of Brave Blossoms when they famously beat the Springboks in Brighton in the 2015 World Cup; Japan progressed to the World Cup quarter-finals for the first time in 2019, when they hosted the tournament

By Keith Moore and Gail Davis

Eddie Jones joked he will be sending all his “spies” out to Japan after England were drawn alongside the Brave Blossoms for the 2023 Rugby World Cup.

Jones, whose mother is Japanese, coached Japan to a famous victory over South Africa in the 2015 World Cup pool stages in Brighton.

Japan then went one better at the next World Cup and topped their pool with victories over Ireland and Scotland, and Jones says he will be doing his homework on Jamie Joseph’s side ahead of their Pool D fixture in three years’ time.

“Japan were the biggest ‘upsetters’ in the last two World Cups so we’ve got to make sure we do our homework on them because they play the game differently from everyone else,” Jones told Sky Sports.

England also have Argentina in their pool, while Ireland and Scotland have been drawn with defending champions South Africa in Pool B.

Jones says there are “two or three pools of death” in the 2023 draw, with Wales, Australia and Fiji battling it out in Pool C and hosts France joining Italy and three-time champions New Zealand in Pool A.

“New Zealand and France, that’s going to be a monumental game,” the 60-year-old said. “The host nation playing against the most successful sporting team in the last hundred years.

“Then of course you’ve got Wales, Australia and a rapidly-improving Fiji side, which again will be interesting, and then Scotland, Ireland and South Africa.

“There used to be one pool of death and now there’s possibly two or three pools of death.

“I tell you what, if I was a spectator I’d be buying up my tickets now!”

England have had an impressive 2020, losing only one Test and picking up the Six Nations trophy as well as the Autumn Nations Cup. Asked if he would give his side a pass mark for the year, Jones replied: “We probably got satisfactory, which is a bit higher than a pass I think.

“We won nine out of 10 games, and I think that’s a satisfactory year. Did we play the best rugby we could? No, but that’s the exciting thing for us, there’s opportunity for us to keep on getting better.

“The great thing for us in terms of what the most important currency is, which is winning, we’ve got two trophies.

“We won the Six Nations twice in 12 months – the second one in a different format but we had to win the same sort of games.

“It’s good after a World Cup year to be able to do that, particularly when we’ve had to face the disappointment of getting beaten in the final.”

Reality of Scotland’s draw setting in for Townsend

Scotland will be out to avenge their 2019 pool-stage exit when they head to France in 2023, though coach Gregor Townsend says the “reality” of the task at hand is a hard one to ignore.

“There’s an excitement when you see the draw and look ahead to Paris in three years’ time and then there’s the reality of who you are going to play against. I believe it’s the toughest group,” Townsend said.

“On current world rankings, Ireland are fifth, South Africa are the world champions and first and we are ranked seventh, which means it’s going to be very competitive.”

Ireland coach Andy Farrell said: “There’s nothing like a Rugby World Cup draw to get the juices flowing, so super excited. We’ll have to play some good rugby to get out of the group.

“I suppose we know where the journey is heading to now though there’s a few gaps that need to be filled in because of Covid-19.”

South Africa coach Jacques Nienaber said: “I must say I’m quite excited. We will really have to be on top of our game just to get out of this pool. It’s funny to think one of South Africa, Ireland or Scotland might not make it out to the play-off stages.

“It’s going to be a tough pool and I’m very much looking forward to it.”