Sturm takes on fellow German, Timo Rost (10-0-2) over ten-rounds in the super middleweight division. However Sturm clearly has other scores to settle on his mind ahead of his first fight in nearly five years. 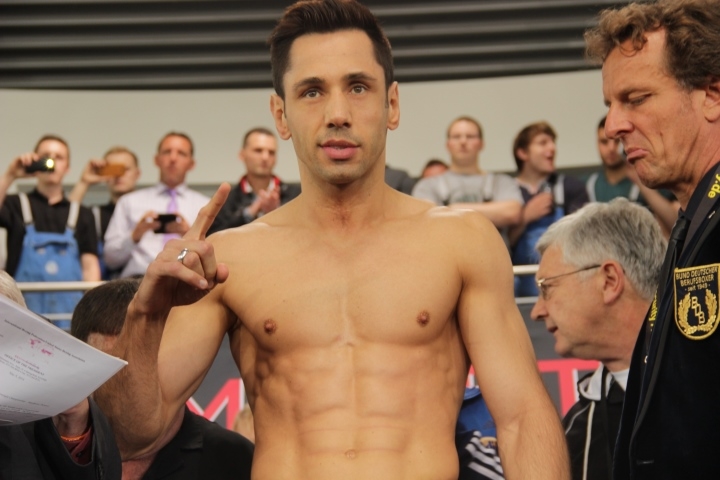 The veteran boxer is clamoring for a rematch with Oscar De La Hoya, who recently expressed his desire to return to the sport for a few sanctioned fights.

Back in 2004, De La Hoya won a twelve round decision over Sturm to capture the WBO middleweight title. There were many observers who felt Sturm had done enough to win.

“My opponent Timo Rost, won’t notice any ring rust from me I can assure you. I’m optimally prepared for my comeback!” Sturm stating in firm fashion. He went on to dispel age concerns and to discuss a fight he craves the most.

“The Mike Tyson vs. Roy Jones Jr. fight last month showed that age does not matter in this sport, but discipline, diligence and ambition does. After I give Timo Rost his first defeat, I demand a rematch from my arch-rival, Oscar De La Hoya. He owes it to me, because everyone who knows anything about boxing knows that I won the fight back in 2004. I was cheated by the judges.”

Sturm’s last fight dates back to 2016 winning the WBA super middleweight title against Fedor Chudinov. Legal issues including tax-evasion and doping charges over the past few years have left Sturm unable to compete.

Joining Sturm will be a host of local and international talent. Cuban World amateur champion Jose Larduet (4-0) will face Argentine, Marcos Antonio Aumada (21-9) over ten rounds at heavyweight as chief support. Larduet comes off knockout victories over Ferenc Urban and Josh Sandland in just over two-months after defecting from the Cuban Amateur setup to base himself in Germany.

Heavyweight Lenroy Thomas (23-5-1) will also be in action alongside Swedish pair; Lucy Wildheart (6-1) and Marianne Ahlborg  who will be making her professional debut. Colombian Ronald Ramos (42-18-4) faces Brit, Tasif Khan (12-1) in the super flyweight division and Elvir Sendro (6-0) of Bosnia compliments an array of international action.

The event will be carried on BILD in Germany or on FITE TV in all other territories.