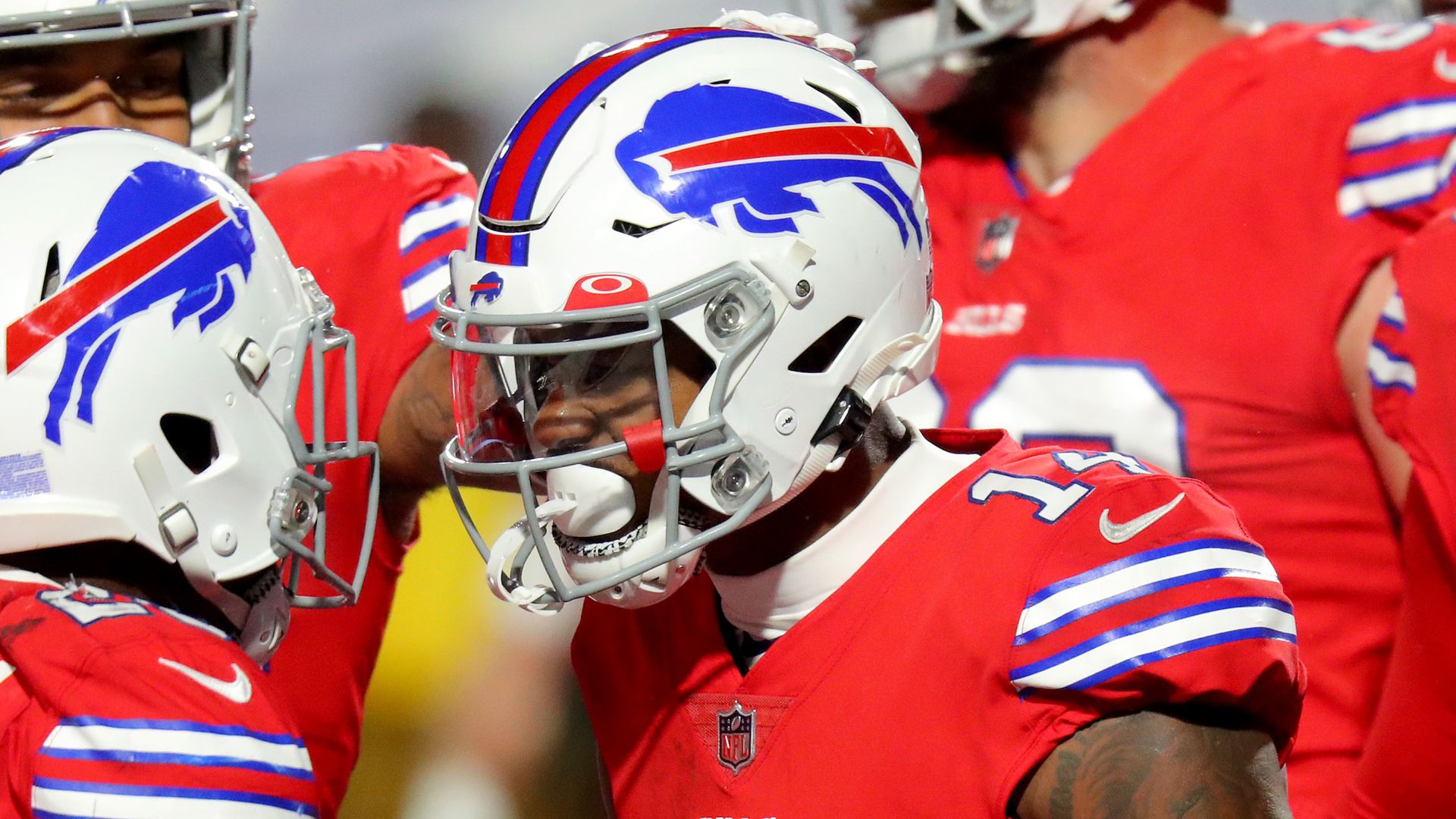 Stefon Diggs made 10 catches for 130 yards and a touchdown to help the Buffalo Bills chalk up their 10th win of the season with victory over the Pittsburgh Steelers on Sunday; Diggs was acquired during the offseason via a trade with the Minnesota Vikings

Josh Allen says he feels “blessed” to have Stefon Diggs at his disposal after the Buffalo Bills wide receiver’s standout performance in Sunday night’s 26-15 win over the Pittsburgh Steelers.

Diggs, who was acquired during the offseason via a trade with the Minnesota Vikings, had 10 catches for 130 yards and one touchdown as Buffalo improved to 10-3 on the year and strengthened their grip on top spot in the AFC East.

After a slow first half from both sides, it was the Bills who took the initiative after the break to hand Pittsburgh their second straight defeat, Allen finishing 24 of 43 for 238 yards, two scores and an interception.

“I started completing it to the right guys and my guys did a good job of getting open,” said Allen, discussing the second half with reporters post-game.

“But I think you saw right when we came out that I started getting it to 1-4 (Diggs). We liked our match-up out there and I can say with a lot of confidence, I think I like any match-up with 1-4. He’s one of the best, if not the best guy in the league, but I have supreme confidence in him.

“All he wants to do is help his team win football games. He’s a competitor and we have very similar mindsets. I love the guy. He goes out there and competes his tail off and I’m just super blessed that we traded for him.”

Diggs currently leads the NFL with 100 catches for a third-most 1,167 yards receiving and five touchdowns from a second-most 134 targets.

“I give a lot of credit to the people around me, especially Josh Allen,” said Diggs. “Young quarterback, he put his faith and his trust in me to make plays with the ball in my hands and catching the ball.

“And coach (Brian) Daboll, he calls the right stuff, he draws it up upstairs and puts me in the best position to make plays. Then my wide receivers coach Chad Hall, we put in a lot of work in practice. We rep a lot of stuff that is more game-like than anything.

“I could be a lot better so I don’t think too much of it. I’m just trying to chase these wins.”