In the fourth round, Korobov injured his left Achilles and prior to the start of the fifth round, the fight was stopped upon the advice of the ringside physician.

At the time of the forced stoppage, Korobov was ahead on two of the judges’ scorecards, with the third having it even after the four completed rounds. Over the first three rounds, Korobov landed two more punches than Ellis (22-20) and in the fourth round, Korobov upped his output, throwing a fight-high 56 punches with 11 connects. 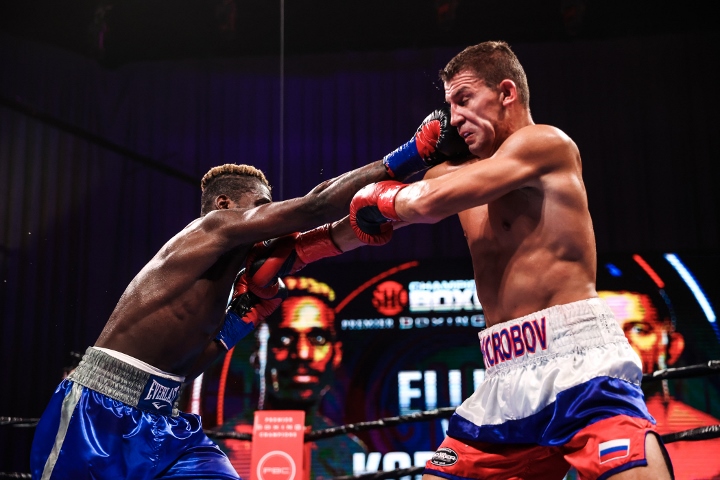 The bout was contested at super middleweight after the 31-year-old Ellis came in five pounds above the middleweight limit at Friday’s official weigh-in. In Korobov’s last bout, he suffered a left shoulder injury and was unable to continue against Chris Eubank Jr.

“I know he dies out in the later rounds so I was going to step on it in the second half of the fight,” said Ellis, a native of Lynn, Mass.

“It’s been a while and I know that this wasn’t my best performance. He’s awkward, he’s a southpaw. He wasn’t giving me that much but I was trying to beat him by a few punches each round. I heard the announcers say that I wasn’t throwing as much as I usually do but I was giving what I was getting. After I heard that, I stepped it up. Once I saw that his leg was hurt, I was nervous we were going to the scorecards because he might have grabbed early rounds.”