Berlanga landed some heavy punches from the start. By the midway point he dropped Sierra down after several hard hooks. Sierra was stumbling around and flew into the ropes, which counted as a knockdown. 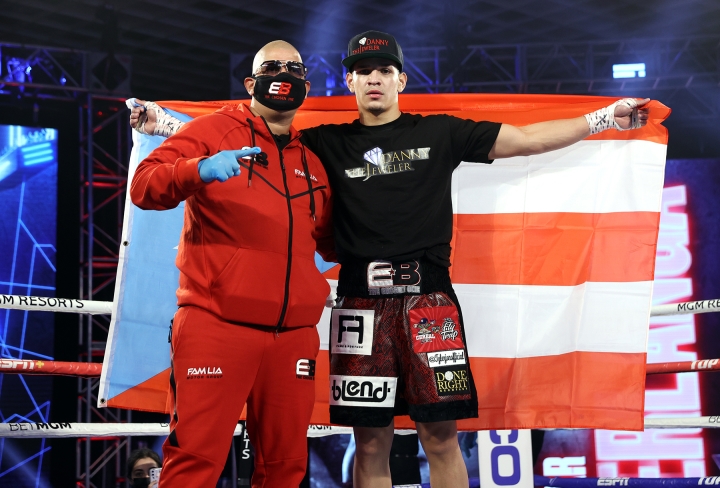 Sierra made it up, he was trying his best to survive, but he was decked for a third time with a hook – and the fight was waved off by the referee.

Berlanga is not focused on his streak of knockouts in one. He actually wants to face better opponents who will take him some rounds.

He needs to face a better level of opposition and the Puerto Rican puncher expects to face better opponents in 2021.

“[I want] rounds. The better competition, the better opposition we fight, I believe we’re going to get those rounds in. We ended 2020 with a bang. 2021 is a big year for us, and I’m looking forward to it,” Berlanga said.

“Tito Trinidad was my idol. He still is. Just being with him opened up my eyes as to what boxing is about, the dedication, the focus, leaving the streets and the bad people alone.”