Anthony Joshua didn’t sound to Tyson Fury like someone who wants to fight him next.

Fury responded Saturday night to Joshua’s post-fight interview with Sky Sports by questioning Joshua’s willingness to fight him as soon as possible in 2021. The unbeaten WBC heavyweight champion mocked Joshua’s comments following his impressive ninth-round knockout of Kubrat Pulev in a video Fury released on Instagram and Twitter. 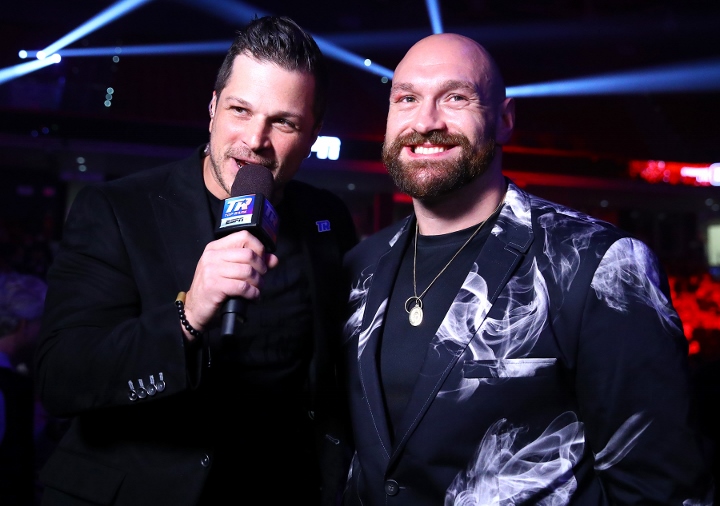 Eddie Hearn, Joshua’s promoter, told Sky Sports after Joshua spoke that Joshua-Fury is the only fight they should consider making next. Hearn also called Joshua-Fury the biggest fight in British boxing history.

Joshua, however, seemed somewhat reluctant to even discuss facing Fury next.

“You ask the fans,” Joshua said. “I’m not asking the fans. You do it. That’s your job as a promoter for Sky. You ask the crowd what they wanna see. I’m up for anything. Look at the resume. You ask them. You ask. Give ‘em some names.”

The crowd, which was restricted to roughly 1,000 at Wembley Arena due to COVID-19 limitations, erupted when Sky Sports’ announcer replied by asking, “OK. Who wants to see Anthony Joshua box Tyson Fury in 2021?”

“That’s Eddie Hearn’s job,” Joshua said in reference to putting together the Fury fight. “That’s 258 Management’s job. Last year, right, 2019 – look, bro, I started this game in 2013. I’ve been chasing all the belts. I’ve been dealing with mandatories. Of course, I want a challenge. It’s not about the opponent. It’s about the legacy and the belt. Whoever’s got the belt, I’d love to compete with him. If that is Tyson Fury, let it be Tyson Fury. It’s no big deal.”

Joshua, of Watford, England, scored four knockdowns against Bulgaria’s Pulev (28-2, 14 KOs), two apiece in the third and ninth rounds of their scheduled 12-round fight for Joshua’s IBF, IBO, WBA and WBO titles. Their bout was stopped at 2:58 of the ninth round, after Joshua drilled Pulev with a picture-perfect right hand that knocked the mandatory challenger for Joshua’s IBF belt flat on his back.

Fury defeated Deontay Wilder (42-1-1, 41 KOs) by seventh-round technical knockout to win the WBC belt in his last fight, February 22 at MGM Grand Garden Arena in Las Vegas. Wilder wants the third fight he believes Fury is contractually obligated to grant him, but Fury and his team contend that the window within which that bout was supposed to take place has expired.