“I know that he’s a solid fighter,” Stevenson told BoxingScene.com regarding Clary. “It’s not like he’s a cakewalk. I’m not going in there with a fighter that’s just going in there to lay down. He’s someone with a nice, little pedigree. I watched him. I think he a decent fighter. He got some things he do good. He got some things he do bad. But either way, I’m gonna go in there and do what I gotta do.” 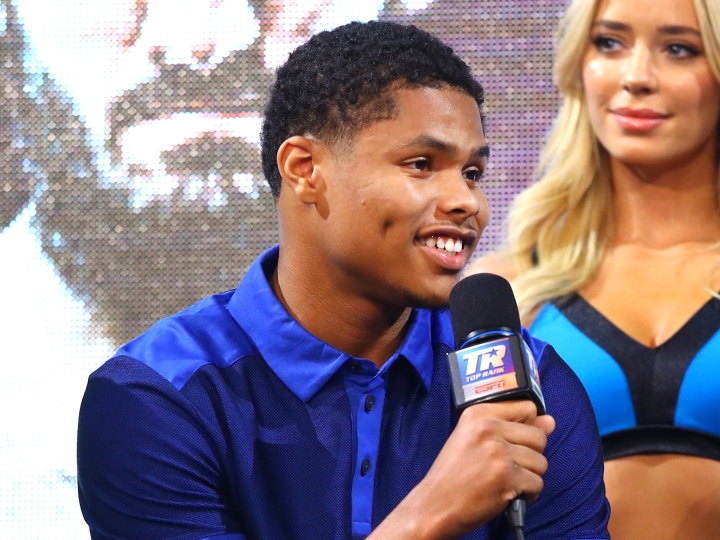 Odds-makers have installed Stevenson as at least a 33-1 favorite to defeat Clary.

The 28-year-old Clary has won three straight fights since England’s Kid Galahad (27-1, 16 KOs) defeated him by unanimous decision in their 12-rounder in October 2018 at TD Garden in Boston. Clary stopped Colombian journeyman Jonathan Perez (38-26, 30 KOs, 1 NC) in his most recent action, October 29 at the Crown Plaza in Warwick, Rhode Island.

“I think [Clary is] a way better opponent than Caraballo,” Stevenson said. “That dude that I just fought, you prepare for one thing, a guy who’s going in there with nothing to lose and just trying the hardest he can to win. With Toka Kahn, you’ve got a guy who’s got some skills. He got a little defense, he a southpaw, he’s a boxer. He try to punch and bang at the same time, too, so it’s a different style and it’s definitely more of a complicated style to fight.”

Stevenson expects a victory over Clary to lead to him facing the Jamel Herring-Carl Frampton winner in his next fight. Cincinnati’s Herring (22-2, 10 KOs) is expected to make an optional defense of his WBO junior lightweight title against Northern Ireland’s Frampton (28-2, 16 KOs) on a date to be determined early in 2021.

Stevenson, the WBO’s number one challenger for Herring’s title, realizes Clary is motivated to pull off an upset and knock the Newark, New Jersey, native off course for another title shot.

“[Clary] know I’m like the top dog,” Stevenson said. “This is his opportunity right now, so he just trying to make a name for himself. So, we just gotta wait and see.”

In the opener of itstripleheader, EdgarBerlanga (15-0, 15KOs), a knockout artist from Brooklyn, is scheduled to face San Diego’sUlises Sierra (15-1-2, 9KOs) in an eight-round super middleweight match. AfterBerlanga-Sierra,PuertoRican lightweight contender FelixVerdejo (27-1, 17KOs) will meet Japan’sMasayoshiNakatani (18-1, 12KOs) in a 10-rounder.