Richardson Hitchins was more than ready for the step up Argenis Mendez predicted would be too much, too soon Saturday night.

The 23-year-old junior welterweight thoroughly out-boxed the former 130-pound champion in a 10-round bout Showtime televised from Mohegan Sun Arena in Uncasville, Connecticut. Brooklyn’s Hitchins worked well off his jab, punched in combination at times and effectively defended himself by consistently moving away from an aggressive Mendez.

Hitchins settled for a split decision only because judge Don Ackerman strangely scored the fight for Mendez, 97-93. Ackerman thankfully was overruled by judges Glenn Feldman (99-91) and Steve Weisfeld (98-92), who respectively scored nine and eight rounds for Hitchins. 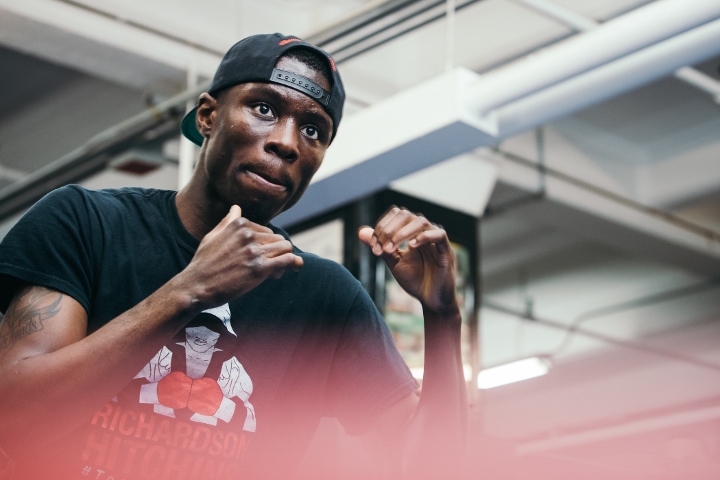 Hitchins, who is promoted and mentored by Floyd Mayweather, improved to 12-0 (5 KOs).

“The scorecard for Mendez was horrific,” Hitchins said. “It’s actually crazy. He couldn’t touch me, and I barely felt any of his punches. But it is what it is.”

The 34-year-old Mendez (25-6-3, 12 KOs, 1 NC), a Yonkers, New York, resident raised in the Dominican Republic, was considered the best opponent of Hitchins’ three-year pro career. The former IBF junior lightweight champ slipped to 0-1-2 in his past three fights.

Way ahead, Hitchins fought carefully during the 10th and final round. He held Mendez more in that round than in prior rounds and seemed content to cruise to an easy points victory.

The ninth round mirrored many of the previous rounds. Hitchins moved laterally, pumped his jab and avoided most of Mendez’s power shots.

At the start of the eighth round, Hitchins backed Mendez into the ropes and really let his hands go, as Mendez covered up. Mendez landed a hard left to Hitchins’ body with just over 1:10 to go in the eighth round.

A right hand by Hitchins knocked Mendez off balance with just under 50 seconds to go in the eighth round.

Hitchins slowed down somewhat during the seventh round, but Mendez couldn’t capitalize on his opponent’s inactivity.

Hitchins landed a hard right to Mendez’s body about 35 seconds into the fifth round, and then unloaded various power punches up top. Mendez landed a left to Hitchins’ body as Hitchins tried to hold him with 45 seconds remaining in the fifth round.

A right-left combination by Mendez landed clean just before the fifth round ended.

Hitchins’ overhand right landed about 1:05 into the fourth round. After landing several stiff jabs, Hitchins drilled Mendez with a short right hand with about 40 seconds to go in the fourth.

Hitchins worked off his jab in the third round and continued boxing off his back fought. Mendez pressured him throughout those three minutes, but he didn’t land many clean punches on his elusive opponent.

A straight right by Mendez backed Hitchins into the ropes with just over two minutes remaining in the second round. Hitchins’ counter left caught Mendez with about 50 seconds to go in that second round, and again about 20 seconds later.

Mendez held his gloves high and blocked many of Hitchins’ punches in the opening round. He was very inactive, however, compared to Hitchins, who frequently let his hands go in combination.